Flood victims face lockdown away from homes - The Canary 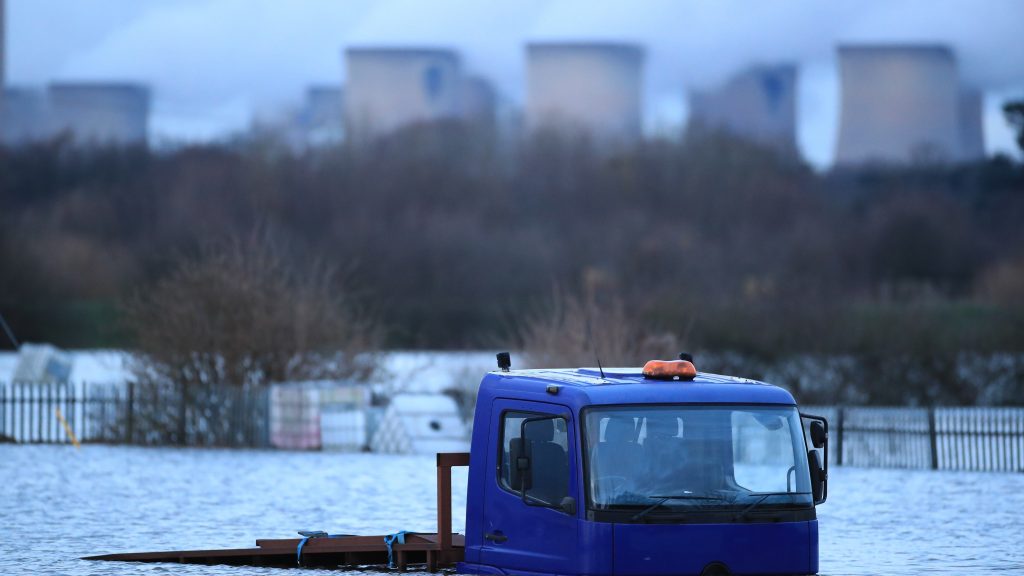 Flood-affected residents in East Yorkshire could spend weeks in lockdown in caravans and hotel rooms as coronavirus delays their return home.

Around 100 homes in Snaith and East Cowick were inundated after the River Aire burst its banks and spilled out of its normal washlands at the end of February.

And families who were forced out of their homes by the water could now face an even longer wait before they are able to repair their properties.

But the Rev Eleanor Robertshaw, the vicar in Snaith, said the community spirit, which saw teams of volunteers sorting food donations and filling and distributing sandbags during the flooding, was continuing during the coronavirus outbreak.

Rev Robertshaw, who has been a vicar in the parish for six-and-a-half years, said: “People yesterday were still collecting stuff to try to clear up their houses and I expect that’s got to be put on hold now, it will delay them getting back in.

“Anywhere the water came in, those people have not returned to their homes. They’re in rented accommodation, caravans or in hotels.

“Those in the hotels, they were all eating in the restaurants that were attached to the hotels but those restaurants are shut now and they have no cooking facilities in the rooms so I don’t know how they’re going to manage that.

“I know someone who is in a caravan with three children. Obviously, they can get out in the garden but it must be so hard.”

She added: “What else can be thrown at the place? It just seems so hard to have to deal with two things on the trot, really.”

The Rev Robertshaw said the coronavirus pandemic also meant that businesses in the town – which had already been closed for weeks since the flooding – would suffer even more than those elsewhere.

But she said the flooding had given the community an advantage as they were already prepared to help those in need.

“The people who have been volunteering to help during the flooding have set up a community group offering help to those who need essentials.

“And while, obviously, we wouldn’t have wanted the flooding to happen, it gave us an advantage to be ready for this as we already had things in place to help people in that sense.

“It made us a more coherent place to be. It’s a wonderful place.”

The vicar added that residents were “trying to make the best of things” by keeping a sense of humour.

She said: “There are no words. I want to make it better but I can’t, that’s how it is.

“But we’ve just got to make the best of it and keep smiling.”

East Riding of Yorkshire Council has launched an investigation into the cause of the flooding and the actions of the agencies involved and has asked residents to share their pictures and videos.

Paul Abbott, head of housing, transportation and public protection, said: “We really want to hear from people affected by the recent flooding in the Snaith and East Cowick area – they may have photos or videos of the flooding and its effects, and we would like them to share them with us, or indeed any information that they feel might be useful.

“The investigation is an opportunity for the local community to get fully involved, and help to shape the final report which we produce, which will include recommendations for the future.”