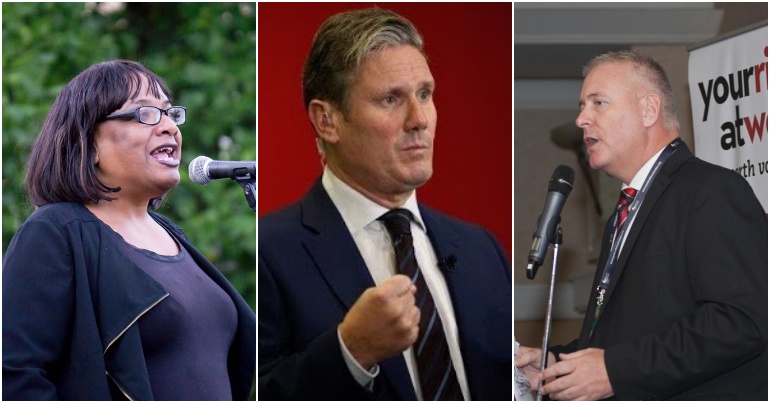 A group of Labour MPs has called on the party to publish a “truly shocking” leaked document. It allegedly throws light on internal processes and communications from former senior Labour staff members about Jeremy Corbyn, key shadow ministers, and pro-Corbyn Labour members.

The Canary has seen a copy of the leaked document, which party lawyers have said is a draft. The 851-page report is detailed and extensive. It also includes material from what seems to be a cache of WhatsApp messages and emails from former senior Labour staff members. The document suggests sustained, open hostility to Corbyn’s leadership and Corbyn-supporting MPs and members. It indicates that internal “factionalism” may have played a “critical” role in the investigation of antisemitism allegations under Corbyn’s leadership. The summary states:

This report reveals a litany of mistakes, deficiencies, and missed opportunities to reform, develop and adapt a clearly failing disciplinary system.

According to Sky News, which reported on the leaked document on 12 April, Labour lawyers ‘intervened’. They reportedly blocked submission of the report to an ongoing Equality and Human Rights Commission (EHCR) investigation into antisemitism.

On 13 April, the Socialist Campaign Group (SCG) of Labour MPs issued a statement calling for Labour to publish the report “in full officially”:

Statement from the Socialist Campaign Group of Labour MPs in light of the recent revelations about senior officials undermining the 2017 general election campaign. pic.twitter.com/o2anrRr1ZL

“We must know the truth”

A joint statement from new Labour leader Keir Starmer and new deputy leader Angela Rayner proposes three areas for an “urgent investigation”. These include how the “report was put into the public domain”. Labour mayor for the North of Tyne Jamie Driscoll issued a response to challenge Starmer, stating:

We don’t need an inquiry into why the report was published, or how it found its way into the public. The case has been made in its quarter of [a] million words. The accusations stand in need of answer. All those who stand accused must be brought up on charges. They should get a fair hearing, with representation. But we must know the truth.

Driscoll also highlighted further allegations in the report, which, he notes: “cites a vast amount of primary source material”. Driscoll called it “utterly damning”. He said the allegations include:

The SCG, which includes former shadow cabinet members Diane Abbott and John McDonnell, also makes a similar point, saying that there may be “cases to answer on bullying, harassment, sexism and racism” within the document.

The Canary contacted Starmer, Rayner, and Labour’s press office but did not receive comment by the time of publication.

A statement from SCG members Jon Trickett and Ian Lavery, meanwhile, summarises the leaked report. They claim it demonstrates:

This is not the Bullingdon Club, it is what runs through the messages revealed in the leaked document

“Many of its revelations”, they note, “are truly shocking”.

“Denied us a Labour government”

According to Lavery and Trickett, the report:

shows that some of the most senior employees of the Labour Party held its elected leadership in contempt, despised their own party members and even acted in a conspiratorial manner that undermined our 2017 general election campaign.

These were people at the top of the party with extensive knowledge and experience of elections. Their jobs were paid for with party funds. Yet, they entered the 2017 election hoping we would lose and setting up a shadow operation to protect their chosen sons and daughters…

In the end, we lost the 2017 general election by just a handful of votes. It is possible that the actions of these party staff denied us a Labour government that would have transformed millions of lives.

Their statement seems to back up many of the allegations in the report. They note that, in 2017, they had difficulty obtaining “vital information” and “data” from “party managers”. Both also claim that a directive ‘poured’ party resources into:

seats with large Labour majorities which were never under threat. We were astonished to see the candidates’ names who it was suggested should be the beneficiaries of those resources. They almost exclusively belonged to one wing of the party.

Allegations which The Canary has seen in a copy of the leaked report include those referred to by both Driscoll and the SCG on “the role of Labour Party factionalism”. The report uses this context to highlight internal relationships “critical to understanding” the handling of antisemitism complaints between 2015 and 2018. It also notes that this is crucial to understanding how the “disciplinary process functioned” and Corbyn’s actual role in those processes.

The report alleges that some staff members “openly” opposed Corbyn’s leadership and “worked to directly undermine” the party’s “elected leadership”. It links these allegations to “a narrow faction aligned to Labour’s right”. The evidence also indicates that there was a concerted effort to undermine Labour’s near victory in the 2017 general election.

The energy and effort that must have been invested in trawling 10,000 emails rather than challenging antisemitism in the party is deeply troubling.

This a petty attempt to divert attention away from the real issue. It is telling that the party’s own lawyers appear to have ruled that this information was unsuitable for submission to the EHRC’s ongoing investigation.

I have repeatedly stood by the professional staff of the Labour Party who I worked with over the seven and a half year period I was General Secretary, and continue to do so.

“There can be no going back”

The report also alleges that some staff used derogatory and sometimes violent language when discussing Corbyn. This allegedly included “hanging and burning” the party leader and calling him a “lying little toerag”. It indicates that similar comments were also made about pro-Corbyn MPs and members.

The report also suggests that some senior staff “used language that was considerably more abusive and inappropriate” than the language it used as “justification” to suspend many pro-Corbyn members.

Driscoll claims that Starmer’s response doesn’t go far enough. Looking ahead, Lavery and Trickett also called for a full and transparent investigation because:

After this weekend’s revelations, there can be no going back.