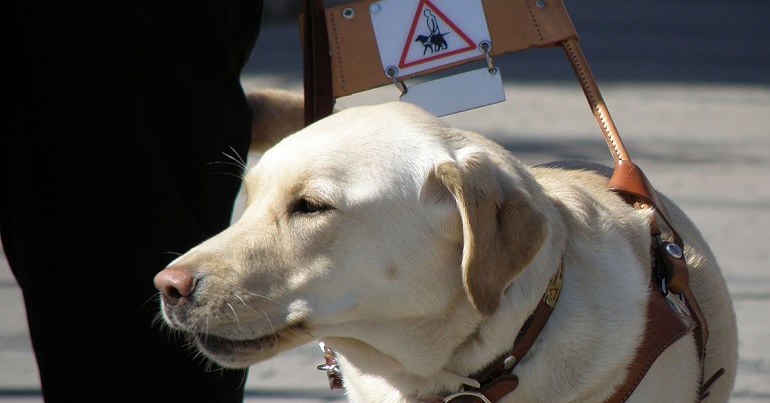 It appears that the government has not fully considered the impact of the coronavirus (Covid-19) pandemic on blind and partially sighted people. Because one Labour MP has had to write to it. And she has raised a pretty basic issue. It’s one that no one seems to have properly considered yet.

“Struggling” due to coronavirus

Labour’s shadow women and equalities secretary Marsha de Cordova has written to the government. She has raised concerns that it has excluded blind and partially sighted people from its coronavirus vulnerable list. She wrote that:

blind and partially sighted people are unable to access priority online grocery deliveries and are forced to do without vital supplies. This is due to supermarkets basing their priority list on the government’s guidance on shielding and protecting people, and therefore leaving disabled people out who would have otherwise been on the list.

there is increasing fear amongst people with sight loss about following distancing rules. Blind and partially sighted people are struggling to keep more than a two metre distances from other people, and this is impacting their ability to shop at supermarkets.

Blind and partially sighted people have been left out of important Government guidance and denied priority delivery from supermarkets.

As a result, many are living without vital supplies.

My letter to the Secretary of State 👇🏿 pic.twitter.com/6mqSpqbCsV

The Royal National Institute of Blind People (RNIB) has already taken action on this issue. It has launched a petition to:

make sure supermarkets and the Government are doing everything they can to ensure blind and partially sighted people can access priority shopping delivery slots and get the necessities they need through the coronavirus lockdown.

It also raised other issues for blind and partially sighted people during the pandemic. These include:

The RNIB noted how their team tried to book an online delivery slot with a supermarket over the phone. It said they had to wait two hours before they got through.

So far, it seems the government has not fully addressed these issues, even though de Cordova sent her letter on 3 April. Stray FM reported on 10 April that the Department for Environment, Food and Rural Affairs said:

We are working quickly to support people who do not fall into the category of being clinically vulnerable, but still need help getting essential food supplies.

This could include those who are elderly, disabled or have health conditions that make it difficult for them to get the food they need.

We are speaking to food retailers, delivery organisations and volunteer groups to help prioritise those individuals to access essential food.

Wherever possible, people should continue to rely on friends, family and wider community support.

There are still unresolved issues for many blind and partially sighted people. Not least among these is the government not providing a British Sign Language (BSL) interpreter during its daily coronavirus briefings. But it seems that even the basic necessities in life for these people have not been considered by the government. So it’s down to opposition politicians and charities to force the powers that be to act.