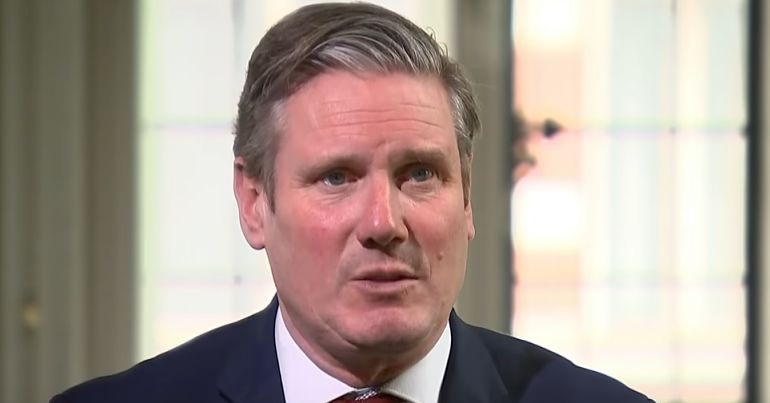 Labour’s National Executive Committee (NEC) will reportedly discuss a change to its voting system on 19 May. The NEC, which is the party’s governing body, will decide on a motion that calls for discarding its ‘bloc voting’ system and replacing it with the Single Transferable Vote (STV). The Electoral Reform Society (ERS) says the change would bring “more democracy, less division” to the party, as it would introduce a form of proportional representation on the committee.

The ERS says the Labour leadership, deputy leadership and candidate voting system already uses STV, or an equivalent of it. It also says that approving the new system would allow people to vote for whom they want, rather than whom they think they should vote for tactically. Because under STV, voters rank candidates according to their preferences. As the ERS explains:

If candidates reach the minimum ‘threshold’ of support, they’re elected. If a candidate has more support than they need, those voters’ second preferences are taken into account to fill the other spaces.

All the spaces may be filled by this point. But as the ERS says:

If not, the lowest ranking candidate drops out, and those voters’ other preferences are counted instead (and so on, until all the seats are filled).

This differs from the current ‘bloc voting’ system, which operates according to the ‘first past the post‘ rule. With more candidates, the vote ‘splits’ and, according to the ERS, it “incentivises factions to organise ‘slates’ of approved candidates, which members are encouraged to vote for en masse”. The ERS says it can result in one bloc winning:

100% of seats with a fraction of the vote, as long as their vote is ‘unified’ or concentrated enough.

A December 2019 poll showed that three quarters of Labour members backed the party adopting proportional representation. Meanwhile, more than 500 party members have signed an open letter calling on the NEC to back the change.

Current Labour leader Keir Starmer also seemed to back electoral reform during the recent leadership election. He argued that people feeling like “their voice doesn’t count” in the current system has “got to be addressed”:

Keir Starmer: “I also think on electoral reform, we’ve got to address the fact that millions of people vote in safe seats and they feel their voice doesn’t count. That’s got to be addressed. We will never get full participation in our electoral system until we do that" pic.twitter.com/0cN3OHgwm2

From Scottish local elections, to all Ireland’s elections, to the executives of unions like the NEU, UCU and NUJ – STV is a tried-and-tested system that gives voters a strong voice and real choice. This small but important step would be boost Labour’s authority on issues of democracy, and bring it closer to the ‘gold standard’ for accountability.

A small shift of balance on the see-saw [under the current system] means it crashes down one side, then the other. Winner takes all. Loser gets nothing…

[STV] would give greater power and influence to members whose votes would otherwise be ‘wasted’, and allows those elected to be accountable to a wider proportion of the voting membership.

Lynn Henderson, chair of the trade-union-led Politics for the Many campaign, has spoken in favour of STV too. She said:

In the 21st century, voters and members rightly want real choice and a clear voice. It’s great to see Labour potentially putting its support for political equality into practice.