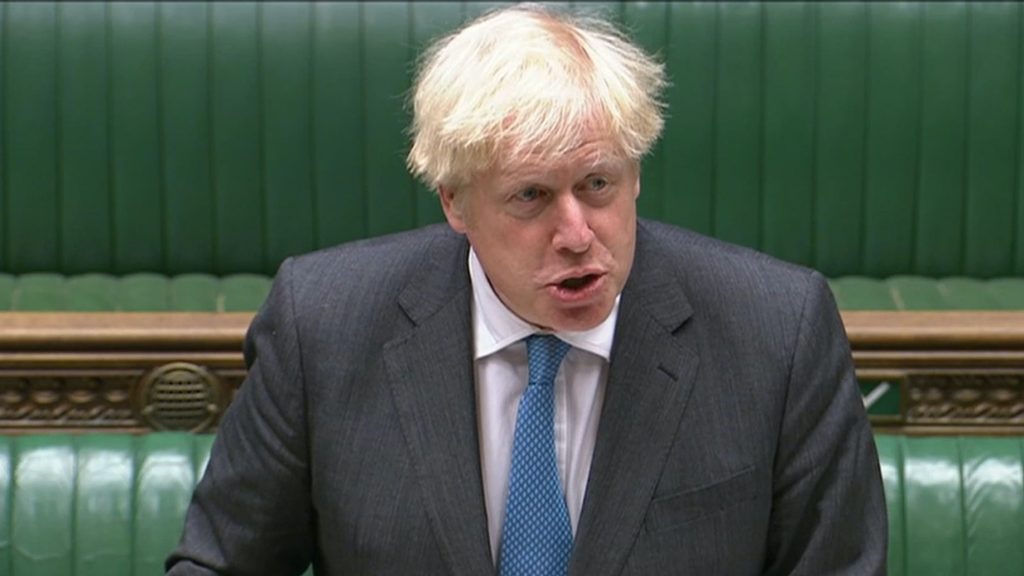 Boris Johnson’s government is engaged in a “blame game” with the public when it comes to dealing with coronavirus (Covid-19), a public health expert has said.

The “punitive message” coming from Westminster around new fines for rule-breakers is the latest element and is “problematic” in terms of messaging, Professor Linda Bauld said.

It comes after the public was blamed for “wanting too many tests”, a focus on the behaviour of young people, and an encouragement to eat out and return to the office to support the economy, she said.

The blame game is a) ‘too many people requesting testing’, b) ‘young people are irresponsible and look at all the cases in that age group’, and c) ‘everybody needs to follow the rules, if you don’t we’re going to fine you and now we’re increasing the fines’.

In England, businesses that fail to comply with regulations could face closure or £10,000 fines, while individuals risk £200 penalties if they fail to wear masks in certain places or breach the “rule of six”.

Bauld, from the University of Edinburgh, compared the prime minister’s address to the nation on Tuesday evening to that of Scotland’s first minister Nicola Sturgeon.

There are differences between the devolved nations and the punitive message is only being sent by Westminster.

She said Sturgeon’s message is “much more social solidarity”.

We have to acknowledge this is a great and freedom-loving country, and while the vast majority have complied with the rules there have been too many breaches – too many opportunities for our invisible enemy to slip through undetected.

Bauld said there had been mixed messaging in recent months which “erodes trust” with the public.

She said while there have “clearly” been breaches of the rules, the:

I think that the messaging has been a real problem. The public have been told to eat out to help out, to go back to the office.

Another important message they were given is that they should request a test if they have any of the symptoms, and that it was their civic duty to do that, and then when loads of us did do that, when the kids went back to school, we were then blamed by the UK Government for wanting too many tests.

Professor Carl Heneghan, director of the Centre for Evidence Based Medicine at Oxford, said there is a “mantra of fear” with the threat of enforcement and fines, comparing it with the “much more supportive approach” in Sweden.

In Sweden, if you’re unwell, you have a PCR positive test for Covid, you get two weeks of full pay to stay at home, so that’s a much greater incentive.

Heneghan has argued for more targeted measures that protect the most vulnerable from coronavirus, previously saying suppression of the virus until there is a vaccine is “increasingly unfeasible”.

Speaking on Wednesday he said:

What I’m hoping we now start to see is a more coherent, consistent policy. One that stays in place – we don’t keep seeing the changes almost daily that are becoming utterly confusing for the public.