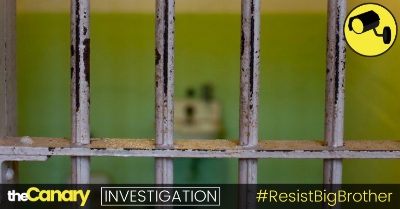 The Independent Monitoring Board (IMB) is concerned about the use of PAVA spray on prisoners. Not only does the controversial spray not reduce violence, it’s also being used without pre-agreed safeguards in place and during the coronavirus (Covid-19) lockdown.

PAVA spray is a chemically concentrated version of pepper spray that’s been a controversial deterrent due to its £2m rollout expense and its proven misuse in pilot trials.

There were concerns about the use of sanctions, such as the roll-out of Pava spray without previously agreed safeguards, and about the hidden levels of distress and mental ill-health.

These concerns were echoed by EQUAL—a national independent advisory group – in a letter to prison’s minister Lucy Frazer:

During the Covid-19 pandemic, many prisons have seen a new relationship between staff and prisoners, based on empathy, common purpose, and the value of each individual life. Introducing a symbol of coercive power with the capacity to cause pain undermines this delicate harmony. There is a very real danger that, lacking adequate safeguards against discrimination in its use, the expansion of PAVA spray will promote institutionalised racial bias.

The IMB statement comes two years after the initial PAVA spray pilot scheme; a scheme that the Ministry of Justice (MoJ) deemed ‘successful’ until it was later found that the section five weapon was frequently misused.

An analysis by the Prison Reform Trust (PRT) of the pilot scheme found that:

From the data currently available, PAVA has been drawn or used more against BAME prisoners. The evidence from wider use of force would suggest that this trend will continue as the roll out progresses. Results from the PAVA pilot, and subsequent learning, have also highlighted a number of incidents where PAVA was used on people who were self-harming.

PRT’s analysis also conclusively stated that the use of PAVA did not reduce or deter violence:

Contrary to what the minister said in his announcement of a national rollout, not only did PAVA not reduce violence overall, but in the majority of individual incidents, the act of drawing PAVA did not avert its actual use as the incident developed. As noted above, in a significant number of incidents the use of PAVA appears infact to have pre-empted a non-violent resolution.

“An admission of failure”

However, despite these findings, the use of PAVA spray was rolled out in June “to all staff trained in its use in prisons on the adult male closed estate”. This was despite earlier government promises that the extension would be paused for “at least three months” due to the pandemic.

The scheme didn’t even win support from the former chief inspector of prisons Nick Hardwick. He called it an”admission of failure”. In his address to the annual conference of the Prison Governors’ Association in 2018, he stated:

I heard today that staff are now going to be given pepper PAVA sprays. What an admission of failure. I don’t dispute that things have got so bad that that may be necessary, but we should resist the argument that greater use of force is any kind of a penalty compared with enough experienced staff creating relationships.

But perhaps the most concerning factor is that the true usage remains unknown due to unreliable data. Throughout the 12-month trial, there were 191 recorded uses. However, due to variations in site data, the true number of PAVA incidents may be higher. In addition to data variation, PRT’s analysis shows that there were incidents where equality information was not completed.

Meanwhile, the government has not published any available information regarding the evaluation or analysis of the safeguards implemented around the use of PAVA.

In August 2019, the Equality and Human Rights Commission (EHRC) become so concerned with the use of PAVA that it funded a disabled prisoner’s legal case against the secretary of state for justice.

The threat of the legal challenge forced the MoJ to carry out a detailed Equality Impact Assessment. It found:

disproportionate use of force in prisons against younger people, black people and Muslim people, which the Ministry of Justice was unable to explain. It also uncovered a serious lack of data about the use of force on disabled people in prisons and limited understanding of learning disabilities by prison staff.

Despite the promise that PAVA would be used in limited circumstances and by officers with special training, prison staff have a limited understanding of prisoners’ disabilities.

Systems for protecting people in prison from discrimination and unlawful use of force are woefully inadequate. It remains to be seen whether prisons can show that they understand trends in their use of force sufficiently to be deemed “PAVA ready” by the Justice Secretary.

It is hoped that as a result of our client’s challenge, greater scrutiny will be brought to bear on incidents where PAVA is drawn on or discharged against a prisoner. Where the spray is used outside of policy and guidance, officers may face disciplinary proceedings and prisoners may have grounds to take legal action against the prison service.

EHRC’s chief executive Rebecca Hilsenrath called for proper protections and oversight of the use of PAVA:

Everyone has the right to live without fear of inhumane treatment or punishment. We believed that this wouldn’t be the case for many prisoners if PAVA was rolled out to all prisons without proper protections in place and oversight of its use.

Hilsenrath continued by commending the MoJ for recognising the need to take action:

We are pleased that the Ministry of Justice has recognised the need to take action to prevent the spray being used disproportionately on ethnic minority and disabled prisoners, and strengthened guidance that it must be a tool of last resort. We hope these changes will help to ensure that officers can protect themselves in a way that doesn’t jeopardise the fundamental rights of others.

But EQUAL believe the promises are “increasingly hollow” given “they rest on promises that have yet to be fulfilled”. It further noted:

We have not seen evidence of any effort to halt the expansion of PAVA until better safeguards can be developed and implemented. We have also learned that, once PAVA is made available to a prison, there is no mechanism by which to remove it if disproportionate use persists.

It is essential that there is transparency between government departments and the general public and the MoJ must publish its PAVA safeguarding and training documents. But it must go further and ban the use of PAVA spray – an ineffective weapon with a proven track record of misuse throughout UK Prisons.

For more information and to support The Canary please follow @TheCanaryUK for updates about our upcoming investigations and campaigns.