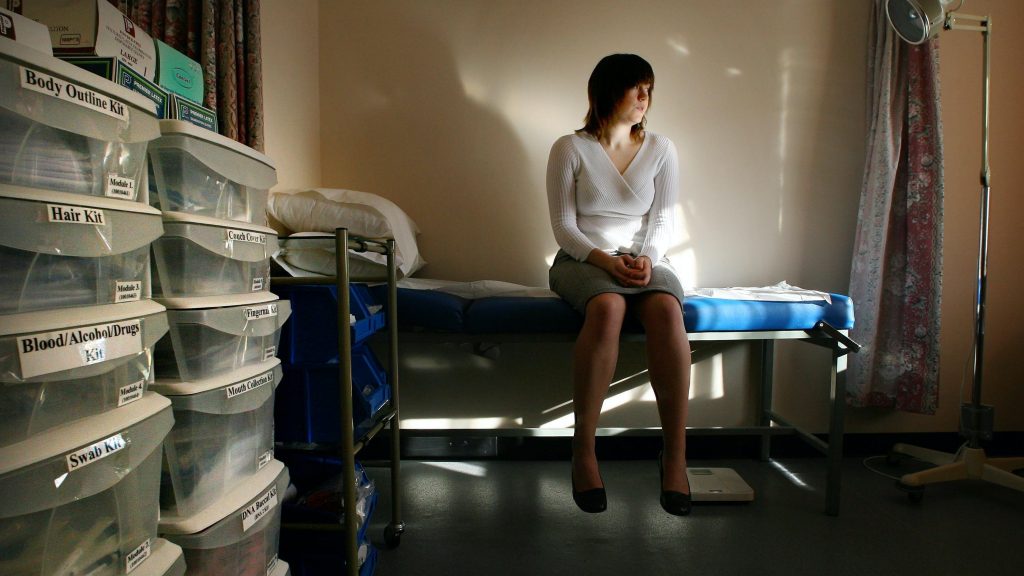 Fewer than one in seven alleged rape victims feels confident they can obtain justice by reporting the matter to police, a survey has suggested.

The vast majority (95%) of those who decided against reporting the matter to police said they did not do so because of the fear of being disbelieved. The figures were based on nearly 500 women and men responding to a survey by the victims’ commissioner Vera Baird who said the results “reveal the extent of the crisis within our justice system”.

But three years earlier, there had been 44,000 recorded rapes with 5,000 prosecutions and nearly 3,000 convictions.

According to the self-selecting survey of 491 rape survivors, carried out over a six-week period in the summer, just 5% said they strongly agreed that they could obtain justice by reporting the allegation to the police. A further 9% said they simply agreed. Three-quarters (75%) said they disagreed, to varying degrees.

One respondent, a woman aged 25-34, said of her experience:

It’s a waste of time going to the police and the criminal justice system is biased towards the perpetrator and their rights, while victims have very little rights.

The CPS (Crown Prosecution Service) also don’t really communicate with the victim well. I emailed them and they never responded.

It’s an unjust justice system. I’m left by the police to pick up the broken pieces of my life.

The survey suggested more than one quarter (29%) of alleged victims did not report their ordeal to the police. Of them, 19 in 20 (95%) said concerns about not being believed were the main reason for that decision.

Nearly nine in 10 (88%) also said they did not contact people because they believed their “gender, sexuality or lifestyle” would mean the matter would not be investigated or prosecuted successfully. A majority of survivors, 59%, said they received support following the rape, but 41% did not receive support.

The vast majority of people (85%) surveyed identified as white, while 72% described their sexuality as heterosexual.

The figures come as the government continues its review into how rape cases are prosecuted.

Page after page of this report, you will see the powerful first-hand testimony of rape survivors and their experience of our criminal justice system. And it does not make comfortable reading.

Survivors want to be treated sensitively, fairly, respectfully, to be believed, but also for criminal justice system professionals to better understand trauma, provide clear and timely information, and to offer better access to support services. And on all of these fronts, the justice system has been found wanting.

This survey and the voices behind it reveal the extent of the crisis within our justice system.

If survivors of this deeply damaging and highly prevalent crime are to feel the state is on their side, the Government’s end to end rape review must produce radical cultural transformation across the criminal justice system.

Victims of rape deserve to know that their cases will be taken seriously and pursued rigorously through the courts.

That is why we are reviewing the response to this horrific crime, in consultation with survivors’ groups as well as the Victims’ Commissioner, while recruiting more police, investing an extra £85 million in the CPS and locking up serious offenders for longer to restore confidence in the justice system.

We are also boosting funding for more vital services and recruiting extra advisers who support victims of these crimes to ensure they get the help they need.

It is really disappointing for us, as police officers, when any victim does not get the outcome they wanted or feels let down by the criminal justice system.

The ongoing government review of rape will report back soon and we are committed to implementing any recommendations that would see a better level of service for victims.

Katie Russell, national spokesperson for Rape Crisis England and Wales, described the survey and accompanying testimonies as “devastating to read”.

Yet, heartbreakingly, none of it will come as a surprise to those of us who work in the specialist sexual violence and abuse sector.

The fact that the overwhelming majority of those who chose not to report to the police took that decision because they didn’t think they’d be believed chimes with what victims and survivors tell us at Rape Crisis Centres across England and Wales.

The damning statistic that only 14% of respondents believe it’s possible for victims to get justice by reporting sexual offences to the police reflects the chronic failures of our system and the re-traumatisation it so often causes.

Nothing short of cultural and systemic shift will do if we are to deliver the criminal and social justice for victims and survivors of these serious crimes that they so need, want and deserve.