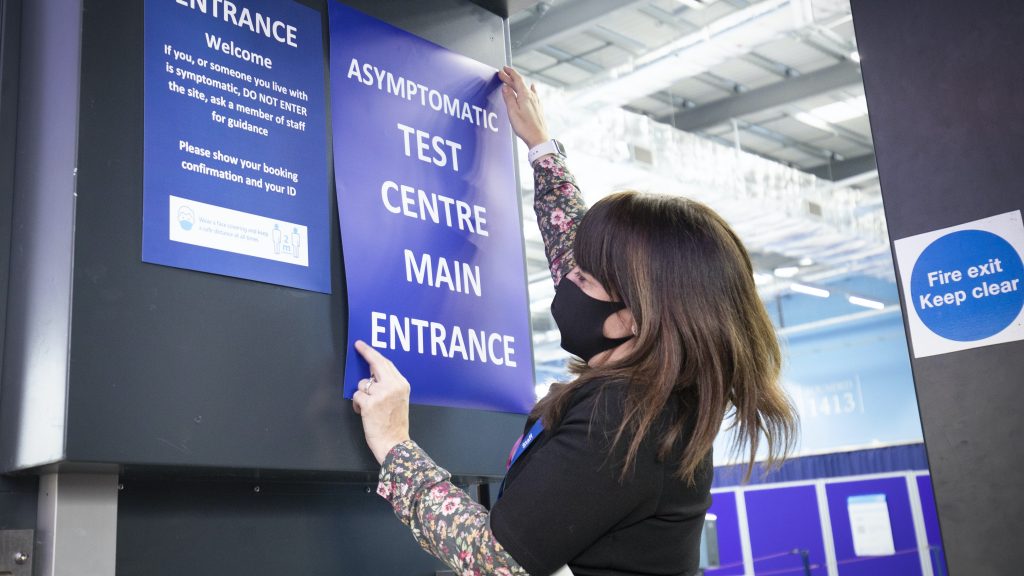 A union has told of its “grave concerns” over plans for mass coronavirus testing for students, warning that “flaws” in the government’s approach are a “recipe for chaos”.

A seven-day travel window has been announced so students can spend the festive period with their families, with additional testing offered before they depart. Students will be encouraged to take an asymptomatic test at “targeted” universities in England, while teaching will move online by December 9 so they have enough time to self-isolate if needed.

But the University and College Union (UCU) said plans appear to have been “rushed” and raised concerns around the accuracy of tests.

Earlier this month experts suggested that relying on rapid tests that give a result in minutes could mean a high proportion of cases are missed with false negative results.

Jon Deeks, professor of biostatistics at the University of Birmingham, said the Innova lateral flow test – which has been used in the Liverpool mass screening pilot – detects 73% of cases when patients are tested on a site with experienced research nurses. But this falls to 57% among self-trained staff members at a testing centre.

An evaluation by Oxford University and Public Health England workers at Porton Down concluded the test has an overall sensitivity of 76.8% – but it detects almost all cases among patients with a high viral load.

The flaws in Government plans for mass testing are a recipe for chaos that risk spreading the virus. We have grave concerns over how this programme will be carried out, particularly the risk of students being told – incorrectly – they do not have Covid, then relying on their test result to travel home and spend Christmas with vulnerable relatives.

The risk of students receiving the wrong test result increases when testers have not been fully trained – rushing these plans makes that more likely.

The union accused the government of not listening to warnings about the likely impact of the mass movement of students to university campuses back in September, and said there were risks with the Christmas plan.

By choosing to continue with in-person learning until the last-minute, ministers are gambling with the safety of staff, students and the nation, betting everything on an untried testing programme, and a mass movement of students in a window shorter than two weeks.

She said university staff need to be able to plan now for how they will teach students next term, and that if guidance for January is not given soon “ministers are helping to sow the seeds of the turmoil we saw in September”.

The UCU said it has launched a legal challenge over the government’s decision not to move university learning online at the beginning of this academic year.

Meanwhile the Liberal Democrats have called for a unified approach across the UK to testing students for the virus ahead of their return to universities after Christmas. In a joint letter to the English, Welsh, Scottish, and north of Ireland governments, the party demanded ministers agree a plan for how to facilitate the return, amid fears there could be another spike in cases in January.