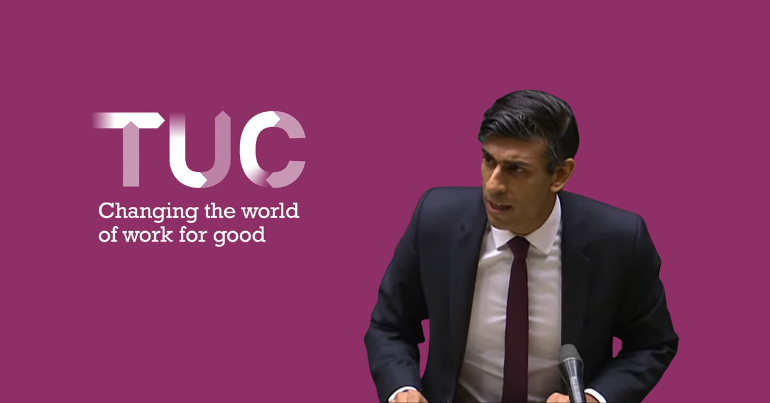 According to analysis by the Trades Union Congress (TUC), 2021 cuts to pay settlements for key workers will have a larger effect on household spending power in the north east, north west, and Yorkshire.

The Prime Minister clapped [key workers], but his applause will ring hollow if he cuts their pay. It’s no way to thank them.

We’re all part of the same pay circle. When a key worker spends their wages, it goes into other people’s pay packets. Shop staff, factory workers, delivery drivers, childminders, bar staff – right across the economy, we are all connected.

If our key workers get the pay rises they’ve earned, it will benefit everyone. The spending boost will help our local businesses and high streets recover quickly. And it will help level up our unequal economy.

In his November 2020 Spending Review, chancellor Rishi Sunak announced a pay freeze for workers in the public sector other than NHS doctors and nurses. The Institute for Fiscal Studies (IFS) said this would “equate to a real-terms cut”.

The TUC has reported the wage freeze will amount to £1.3bn cut from key worker pay settlements in 2021. It calculated this would lead to a £1.7bn loss in spending power for England as a whole from April 2021 to March 2022.

The north east is set to lose £81.3m in spending power – or £2.8m per constituency. Meanwhile, the hit for Yorkshire and the Humber is £163m. These regions and the north west will subsequently suffer a worse proportionate hit to household spending power than the rest of the country.

A decade of austerity

In 2017, a report revealed the effect austerity measures had had on public sector wages, with teachers seeing an average fall of £3 per hour and nurses seeing their pay stagnate.

This is not the first time that governments have sought to keep a lid on public sector pay rises. But unlike in 2010, this will come on the back of a decade of pay caps and freezes. Relative to pay in the private sector, public sector pay prior to the pandemic was its lowest point in more than 25 years.

According to scientists at the Northern Health Science Alliance, coronavirus (Covid-19) hit the north harder than the rest of England in 2020 because of a decade of cuts to public spending.

As a result, the TUC is calling on the chancellor to reinstate pay rises, with a view to pay returning to pre-austerity levels.

The TUC’s campaign includes making sure outsourced key workers are paid a real living wage, as well as strengthening rights to fair working conditions. Its petition for fair wages has been signed by more than 50,000 people.

Key workers are getting this country through the pandemic. They headed out to work when the rest of the country stayed at home – putting themselves and their families at risk. It’s time to end the low pay and insecure work that leave many of these workers struggling, and make sure every key worker gets a payrise.