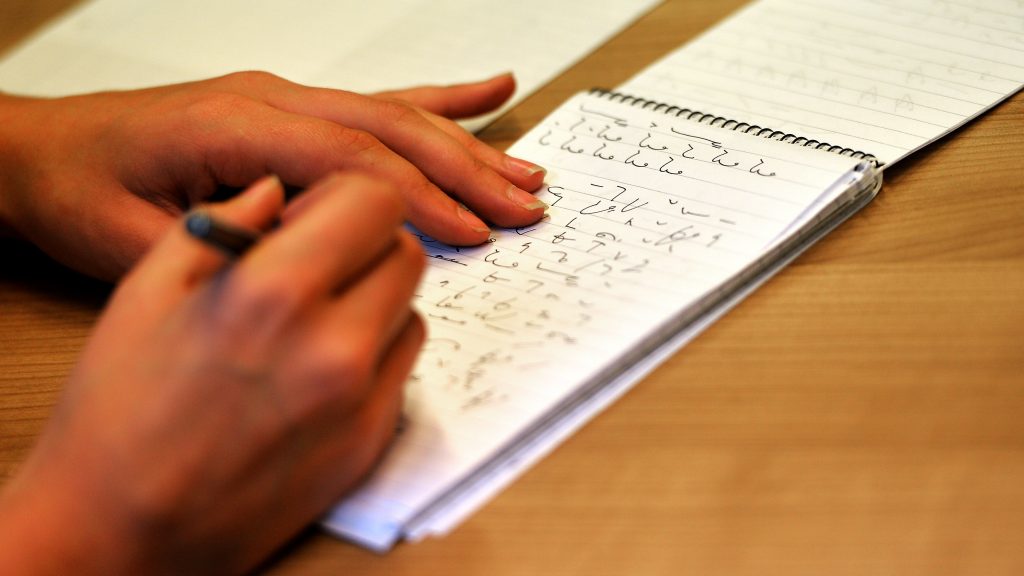 The National Union of Journalists (NUJ) has called on the Police Service of Northern Ireland (PSNI) to take action against those who threaten members of the media.

The reporter’s name was sprayed onto walls in at least two locations in East Belfast, accompanied by the image of crosshairs of a gun.

#NUJ members offer support & solidarity with @trishdevlin
The authorities must identify & prosecute the perpetrators to the full extent of the law – there should be no impunity for death threats against journalists in Northern Ireland https://t.co/geJCJsg6en #Belfast #news pic.twitter.com/t8k6dssRoz

The NUJ says repeated death threats targeting journalists allude to a dangerously hostile climate in north of Ireland for the media.

The union warns it also implies that previous action taken by the police has been insufficient in deterring the perpetrators.

This menacing and cowardly graffiti is the behaviour of thugs who are trying to target and intimidate a specific journalist, but they are also trying to send a warning message to other media workers.

The NUJ calls on the PSNI as well as Northern Ireland’s political and community leaders to do all they can to support independent, quality journalism.

The authorities must now identify and prosecute the perpetrators to the full extent of the law.

This latest threat is an attempt to stop journalists from reporting on current turbulent events in Northern Ireland. It is also part of a wider trend of increasing threats since the first lockdown.

Women journalists, in particular, are regularly targeted on social media and this is an added dimension to the current toxic atmosphere endured by many journalists.

Addressing the threats on Twitter on Friday 13 December, Devlin said:

Thank you to the many people in east Belfast who made me aware of this sinister graffiti today.

I think it’s clear to everyone who and what is behind it, and why. I will continue to report on the thugs and bullies terrorising their own communities.

Thank you to the many people in east Belfast who made me aware of this sinister graffiti today.
I think it’s clear to everyone who and what is behind it, and why.
I will continue to report on the thugs and bullies terrorising their own communities.https://t.co/8zYYxAx6Gu

This is a chilling sight. In Northern Ireland in 2021, no reporter should be the target of such a sinister threat simply for doing their job. Intimidation of journalists – of anyone – must end.

The threats come just a week after two BBC journalists were targeted after being involved in the making of a Panorama documentary about Dublin crime boss Daniel Kinahan.