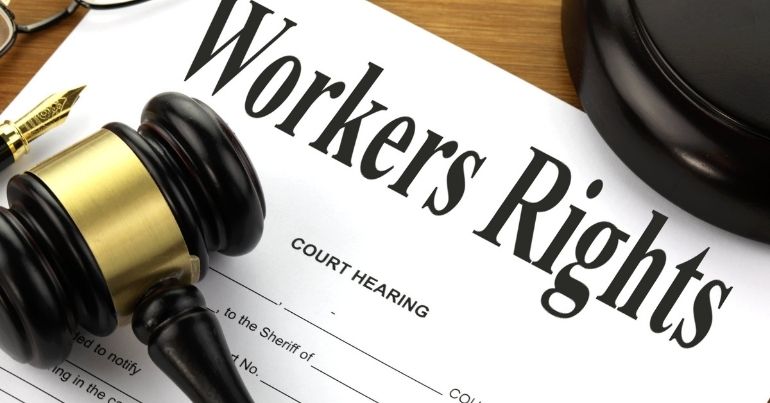 A trade union organisation has warned the use of umbrella companies which dock agency workers’ pay and deny their holiday days is on the rise. The Trade Union Congress (TUC) said umbrella firms lead to scandalous workplace practices and should have “no place in modern Britain”.

The TUC says that the use of umbrella firms mean workers “face misleading and unfair deductions from pay”. And it added that “breaches of holiday leave and pay entitlement are widespread – with umbrella companies preventing workers from taking their holiday entitlements”.

The firms also fragment the employer/employee relationship. This leaves them “unsure of who to speak to resolve problems”.

It has been widely reported that some umbrella companies promote and coerce their employees to use tax evasion schemes, leaving workers potentially facing huge future tax bills

The TUC warned that the firms were multiplying and could increase even further in the wake of coronavirus (Covid-19). It said that due to a “combination of changes to tax rules” the use of umbrella firms could increase. And that increase would have worrying effects on workers.

It raised concerns that:

transferring contractors to umbrella companies will be seen by some companies as a convenient way to continue to shirk their tax and employment rights obligation.

In its new report on the issue, the TUC said up to half of agency workers were now employed by umbrella firms. This includes many workers who were key to the coronavirus response like testing staff and those in social care. And it warned that in the post-coronavirus scramble by firms for new labour, the issue could get much worse.

The TUC wants an immediate ban on umbrella companies.

It also outlined possible regulatory measures to nip the issue in the bud. These include new conduct regulations and for HMRC to focus on the firms rather than the workers when it came to the tax avoidance linked to umbrella companies. It also wants to deepen trade union rights and campaign for new rights so agency workers can collectively bargain more easily.

Everyone deserves decent work. But too many low-paid workers are denied the wages they were promised and basic legal rights like holiday pay because they work for umbrella companies.

Lots of them are the key workers we all applauded – like social care workers, teachers and coronavirus testing staff.

She called the firms “scandalous” and said employers shouldn’t be let off the hook:

Enough is enough. It’s time for ministers to ban umbrella companies, without delay.

As the TUC warns, workers’ right could be trampled on even more than currently. It seems like firms have found a new way to rip-off those whose labour gets them rich. And the way to stop them is through increased organisation and proper legislation.