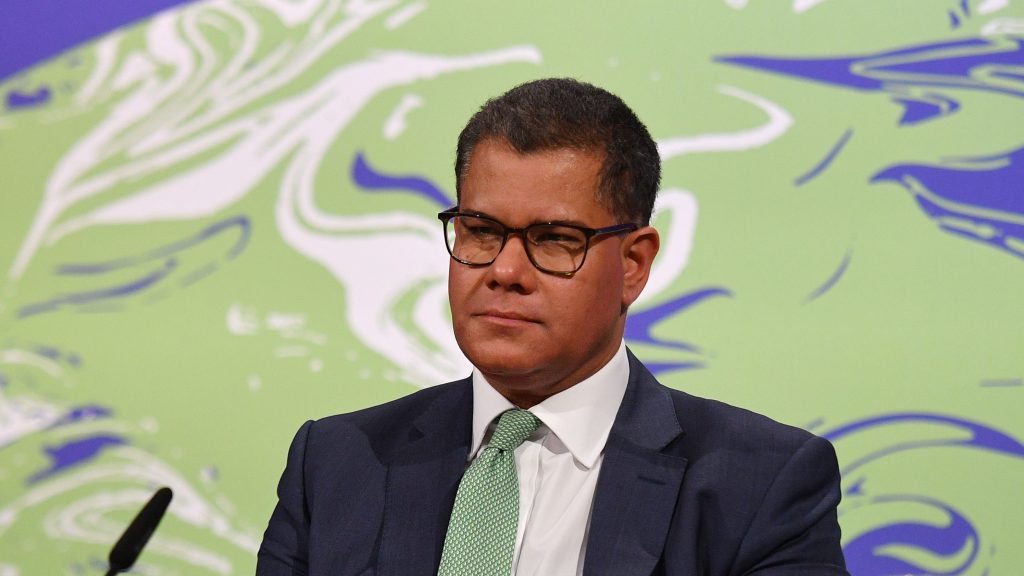 A government minister has refused to say whether future oil and gas extraction in the UK sets a bad example to other countries.

Cop26 president Alok Sharma defended what he called the UK’s “huge progress” in reducing reliance on fossil fuels. The minister was asked by Channel 4 News why new coal and oil excavation was still being considered, and what “kind of example” this was setting to other countries.

We must come together at #COP26 and agree ambitious emission reduction targets that lead us to net zero by 2050
@IPCC_CH | #ClimateAction
https://t.co/UxmuyIAnUH

Plans to tap the Cambo North Sea oilfield west of Shetland could be approved this year ahead of the November Cop26 summit in Glasgow, and potentially be in operation as far into the future as 2050. Elsewhere, the government has refused to rule out new licences for oil and gas in the North Sea or a new coal mine in Cumbria.

Let me directly address the issue of coal, and oil and gas. On coal, we were getting 40% of our electricity from coal back in 2012 – it is now less than 2% and we will have no more coal in our electricity mix from 2024. That is huge progress and the reason we have been able to do that is we have built the biggest offshore wind sector in the world, which we want to quadruple in size.

You talked about oil and gas – we have been clear that any future licences are going to have to be compatible with our legal commitment to be net zero by 2050 and there will be a climate compatibility check on that.

Sharma said the International Energy Agency recognised the UK was “leading the way” in the green energy transition.

On 7 August, Scottish first minister Nicola Sturgeon was cornered by young protesters protesting against the Cambo oilfield at a carnival in her Glasgow Southside constituency. The protesters called on her to oppose the new oilfield.

If given the go-ahead, the Cambo site could yield as many as 255 million barrels of oil over its lifetime, according to environmental campaigners. And it’s estimated the 132 million tonnes of CO2 emissions that could be produced would require an area of land some 1.5 times the size of Scotland to counteract them.

On 9 August, the latest global review from the Intergovernmental Panel on Climate Change (IPCC) said the world will reach or exceed temperature rises of 1.5C – seen as a threshold beyond which the worst impacts of global warming will be felt – over the next two decades.

The review warned that without fast, deep reductions in greenhouse gas emissions, temperature rises in the 21st century will exceed both the 1.5C and a higher, riskier 2C warming limit agreed to by countries in the international Paris climate treaty.