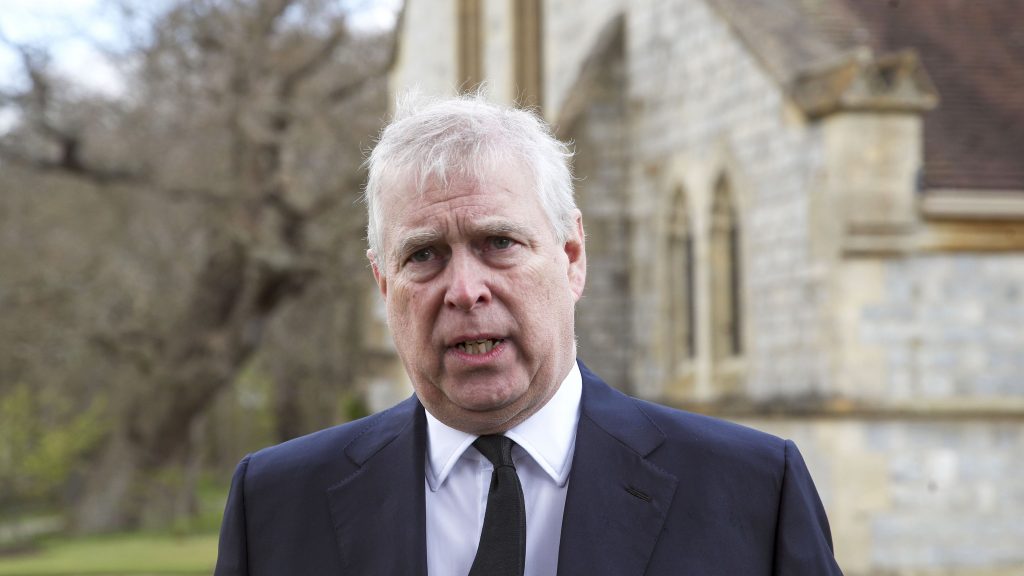 Jeffrey Epstein-accuser Virginia Giuffre has started legal action against the duke of York Andrew Windsor and said it was “past the time for him to be held to account” for allegedly sexually assaulting her when she was a teenager.

Lawyers for Giuffre filed the civil suit seeking unspecified damages at a federal court in New York, where the court documents claim she was “lent out for sexual purposes” by convicted sex offender Epstein including while she was still a minor under US law.

Windsor is named as the only defendant in the 15-page suit, brought under New York state’s Child Victims Act, though Epstein and his former girlfriend Ghislaine Maxwell are mentioned frequently throughout.

In this country no person, whether president or prince, is above the law, and no person, no matter how powerless or vulnerable, can be deprived of the law’s protection.

Twenty years ago Prince Andrew’s wealth, power, position, and connections enabled him to abuse a frightened, vulnerable child with no one there to protect her. It is long past the time for him to be held to account.

It’s alleged in the documents that Giuffre, then known as Virginia Roberts, was sexually abused while aged under 18 by the queen’s second son at Ghislaine Maxwell’s home in London, at Epstein’s New York mansion, and at other locations including Epstein’s private island in the US Virgin Islands.

The documents claim Giuffre “was compelled by express or implied threats by Epstein, Maxwell, and/or Windsor to engage in sexual acts with Windsor, and feared death or physical injury to herself or another and other repercussions for disobeying Epstein, Maxwell, and Windsor due to their powerful connections, wealth and authority”.

The duke engaged in the sexual acts without Giuffre’s consent, while aware of her age and while “knowing that she was a sex-trafficking victim”, the documents claim, adding the alleged assaults “have caused, and continue to cause her, significant emotional and psychological distress and harm”.

Prince Andrew’s sexual abuse of a child who he knew was a sex-trafficking victim, and when he was approximately 40 years old, goes beyond all possible bounds of decency and is intolerable in a civilised community

In a “car-crash” Newsnight interview with the BBC’s Emily Maitlis in November 2019, Windsor denied claims that he slept with Giuffre on three separate occasions, saying:

I can absolutely categorically tell you it never happened. I have no recollection of ever meeting this lady, none whatsoever.

The duke also said he has no memory of a well-known photograph of him with his arm around Giuffre’s waist at Maxwell’s house, and has questioned whether it was his own hand in the image. The photograph in question can be seen in the following tweet:

*NEW COLUMN*
Now that Prince Andrew is being sensationally sued for raping a 17-year-old he must either come clean to the FBI or be forever damned for his cowardly silence.https://t.co/vdNRhlVouH pic.twitter.com/vKJ9xwfGTJ

The fallout from the interview saw the royal criticised for showing a lack of empathy towards Epstein’s victims and a lack of remorse over his friendship with a notorious sex offender.

Windsor quit his royal duties and publicly promised to co-operate with US authorities investigating Epstein’s crimes. US lawyers have since accused Windsor of:

falsely [portraying] himself to the public as eager and willing to cooperate with an ongoing federal criminal investigation into sex trafficking and related offences committed by Jeffrey Epstein and his associates.

The prince has not given an interview to federal authorities, has repeatedly declined our request to schedule such an interview, and nearly four months ago informed us unequivocally … that he would not come in for such an interview.

Giuffre’s legal action requesting a trial by jury was brought after the duke “stonewalled” requests to co-operate, court documents said.

The PA news agency has seen a copy of the tolling agreement sent to lawyers for Windsor on 19 July which would allow any relevant statute of limitations to be temporarily suspended. Giuffre’s court documents state.

Again Prince Andrew stonewalled—ignoring (the) Plaintiff’s letter and emails without any reply or response, thereby making this action necessary now

It’s unclear what powers the court has to compel Windsor to appear, with then US attorney general William Barr saying in June 2020 there were no plans extradite the royal. Representatives for the duke have been contacted for comment.