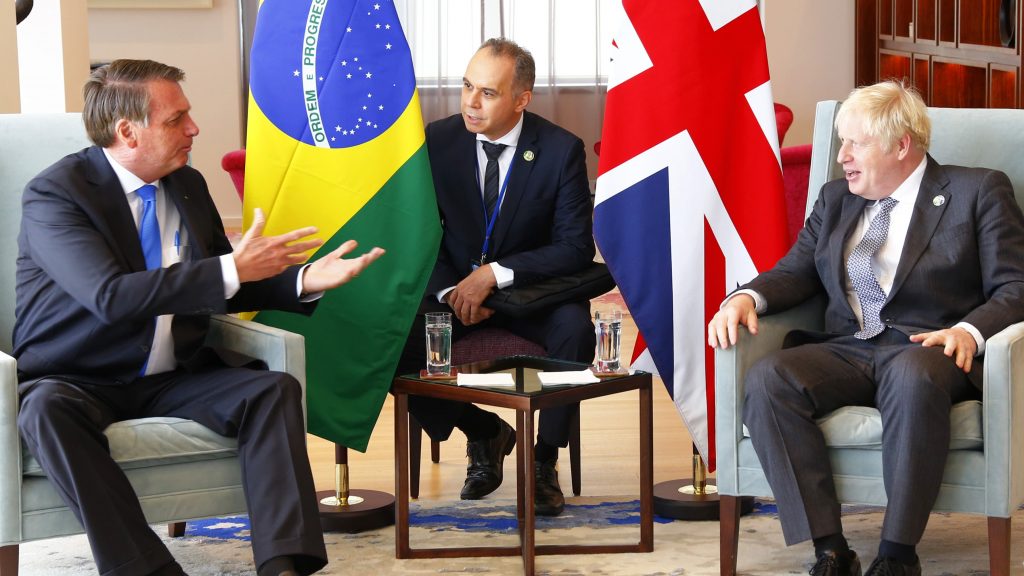 Downing Street faced questions over whether Boris Johnson would have to undertake extra coronavirus tests after coming into contact with a positive coronavirus case on his US trip.

Brazil’s health minister Marcelo Queiroga has confirmed via social media that he has tested positive for Covid and is in isolation only 24 hours after being filmed shaking hands with the Prime Minister in New York on Monday.

He was part of the delegation when Mr Johnson met with Brazil president Jair Bolsonaro on the fringes of the United Nations general assembly (UNGA).

Asked whether Mr Johnson had taken a Covid-19 test or any other precautions since Mr Queiroga’s result, a spokesman for the Prime Minister emphasised that the UK leader was fully vaccinated against Covid-19.

The No 10 spokesperson told reporters on Wednesday:

I’m obviously not out there and it is early in the morning (in the US).

But there are strict Covid measures in place at UNGA which the Prime Minister will obviously adhere to.

As you know, he is double jabbed.

Queiroga shared an image on social media last month confirming he was vaccinated against Covid-19, unlike his leader Bolsonaro.

During the UK-Brazil talks on Monday, Queiroga was pictured sitting away from Johnson and Foreign Secretary Liz Truss, who also attended.

The health official wore a mask but neither the Prime Minister nor Truss chose to use a face covering.