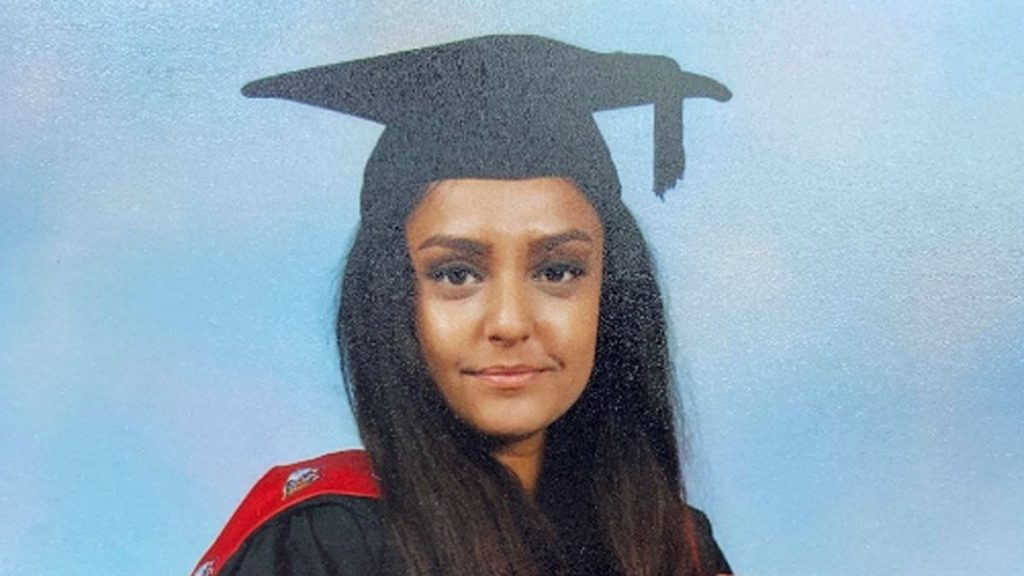 Teacher Sabina Nessa is thought to have been murdered during a five-minute walk to meet a friend at a pub, police said. Officers investigating the killing of the 28-year-old said she left her home on Astell Road and walked through Cator Park last Friday towards The Depot bar in Pegler Square, Kidbrooke Village, when she was attacked.

The Metropolitan Police said her body was found near the OneSpace community centre at Kidbrooke Park Road in the Royal Borough of Greenwich on Saturday. The force said:

Sabina never arrived at the pub and is thought to have been murdered as she walked through the park,

Sabina’s journey should have taken just over five minutes but she never made it to her destination.

We know the community are rightly shocked by this murder – as are we – and we are using every resource available to us to find the individual responsible.

He added the investigation was making good progress and said:

We believe there are still others out there who may have information that could help.

If you think you saw Sabina or any suspicious behaviour in or around the park on Friday evening please speak to us.

It comes as London mayor Sadiq Khan said violence against women was a national “epidemic”.

We do have an epidemic when it comes to violence against women and girls.

I think us men have got to be allies in addressing this issue.