Campaigners reignite calls for a ban on school exclusions - The Canary 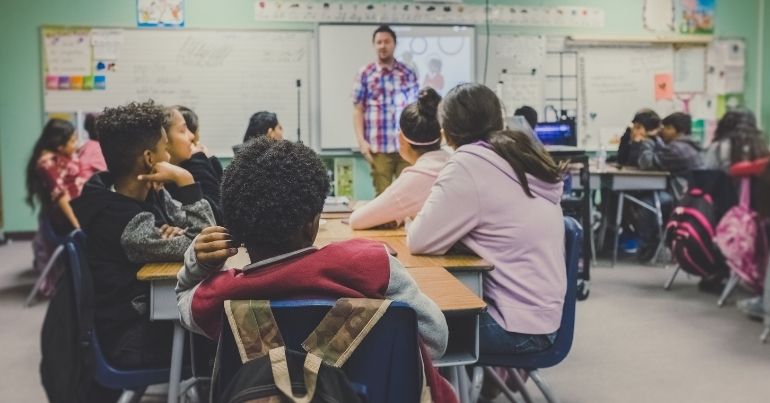 Campaign group No More Exclusions has reignited calls for a moratorium on school exclusions following prime minister Boris Johnson’s cabinet reshuffle. In an open letter to new education secretary Nadhim Zahawi, the group urge the government to implement a temporary legal ban on exclusions to give vulnerable and marginalised children returning to school a chance to adjust to the ‘new normal’.

A school exclusion occurs when a pupil is removed from the school roll and barred from the school premises. Only a headteacher has the power to exclude a pupil for a fixed period of time, or permanently for disciplinary reasons. According to government guidance, exclusions must be in line with the law, rational, reasonable, fair and proportionate. But in 2020, an alliance of 90 children’s charities raised concerns that discriminatory school exclusions continue to infringe on children’s rights.

Research by No More Exclusions found that schools continued to exclude pupils excessively and disproportionately in the wake of the coronavirus (Covid-19) pandemic. Racially minoritised children are still overrepresented in school exclusions, particularly Black Caribbean and Gypsy, Roma and Traveller children. Schools also disproportionately exclude pupils who are eligible for free school meals, and children with special educational needs and disabilities (SEND).

The group also found that in spite of the trauma caused by the pandemic, some schools introduced new reasons for exclusion such as “failure to follow COVID rules”. And on 23 September, Agenda published data revealing that schools are more than twice as likely to exclude Black and racially minoritised girls in England than their white counterparts. The group’s research also shows that the rate at which schools are excluding girls is rapidly increasing.

Campaigners have highlighted the central role that school exclusions play in the creation of the UK’s two-tier education system in which ‘deserving’ students are encouraged to thrive in the academy sector, while those deemed ‘undeserving’ are relegated to pupil-referral units (PRUs) and alternative provision (AP). Schools’ segregation of pupils is overwhelmingly drawn along racial and class lines. This system feeds the UK’s expanding PRU-to-prison pipeline – the direction of marginalised children and young people towards incarceration through educational exclusion and criminalisation. This is a product of harsh disciplinary policies which confront routine school-based misbehaviour with ‘zero tolerance’, and the increasing presence of police security, and surveillance in schools. These factors contribute to greater suspensions, expulsions, referrals to law enforcement, and arrests for violations of school rules.

Studies demonstrate a clear correlation between harsh zero-tolerance and push-out policies in schools and low academic achievement, entry into the youth and criminal justice systems, low-paid job opportunities, unemployment, and other negative outcomes. Research by youth justice charity Just for Kids Law found that children outside of mainstream education are more vulnerable to childhood criminal exploitation. This is exemplified in the tragic cases of 14-year-old Jaden Moodie and 15-year-old Tashaun Aired, both Black children who were killed while being exploited by criminal gangs. Serious case reviews into both deaths suggest that exclusion from school played a major role in their exploitation, thus their subsequent deaths.

On 22 September, No More Exclusions sent an open letter to the new education secretary, highlighting the serious harm that exclusions cause, and urging him to implement a moratorium on school exclusions in the wake of the pandemic. This was in response to Zahawi’s open letter to education and care professionals, in which he expressed a commitment to ‘transforming the lives of the most vulnerable and disadvantaged’.

The group told the education secretary:

This will take investment in schools and a willingness to seek nurturing pathways that heal, develop and instill hope as well as skills within an inclusive model of mainstream schooling”.

Segregated and profit-driven pupil referral units (PRUs), alternative provision (AP) and youth detention sites can never be the solution to supporting vulnerable young people. This punitive and shortsighted approach fuels the ‘PRU-to-prison’ pipeline and will make a mockery of any efforts to help the vulnerable as you purport to want to do.

The coalition argues that a moratorium on school exclusions will give vulnerable, disadvantaged and marginalised children “time to adjust to the ‘new normal'”, and ensure that they are kept out of harm’s way.

No More Exclusions is urging members of the public to get involved in the campaign to end persistent race disparities in school exclusions, and build an education system that works for all children and young people. Those looking to join the campaign can do so by writing to their MP, local education authority or school.
Members of the public can also submit a question to the Department for Education. People looking for something more hands on can apply to be a school governor and intervene with exclusions. The group is also calling on people to support the Jaden Moodie Foundation, and sign the organisation’s petition to halt schools exclusions.