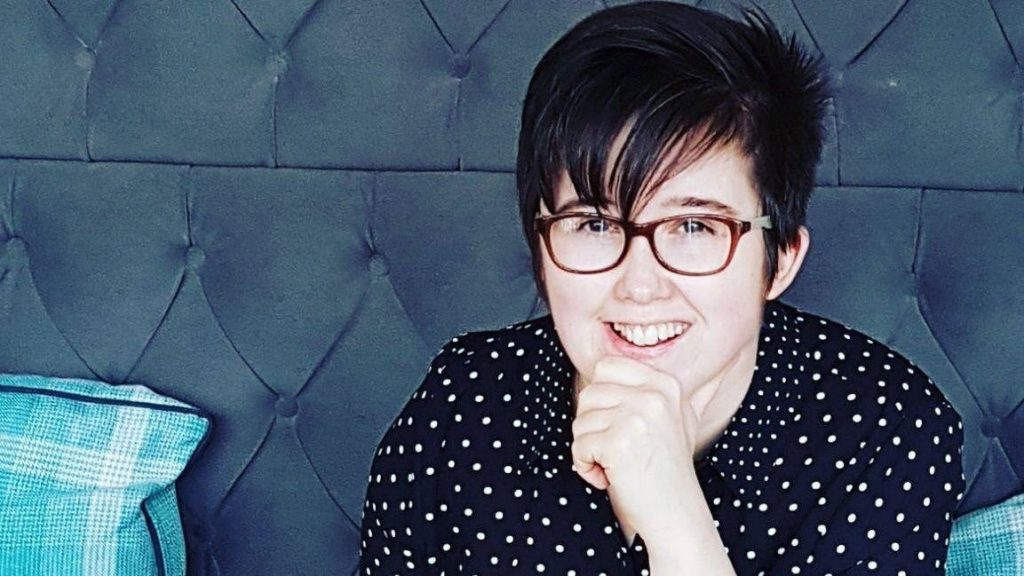 Evidence against two men accused of rioting on the night journalist Lyra McKee was shot dead is based on video footage captured by MTV, a court has heard. McKee, 29, was shot dead in Derry in April 2019 as she observed the riot in the Creggan area of the city.

Patrick Gallagher, 29, from Gartan Square in Derry, and Jude McCrory, 24, from Magowan Park in the city, appeared by video link before Derry Magistrates’ Court on Friday morning. Both are accused of rioting on the night McKee was shot and also throwing petrol bombs.

They were granted bail after appearing separately before district judge Barney McElholm.

A defence lawyer representing both men in the consecutive hearings said the evidence against them was “identical” and was based on footage the police obtained from an MTV documentary crew that was making a film in the Creggan area with presenter Reggie Yates on the night of the riot. He told the court:

The lawyer said the PSNI had the footage in its possession since April 2019, raising concern over the “significant delay” in arresting and charging the men. He suggested an initial decision had been taken not to prosecute on the basis of the footage and claimed that decision had now been reversed. He said:

Something has changed or clicked whereby it now merits a prosecution,

During their respective hearings, both accused spoke only briefly to confirm their names to the court. A PSNI detective sergeant told the judge he could connect both men to the offences.

The defence lawyer said the evidential threshold to connect an accused to a charge was “low” but said he accepted the connections with a “degree of hesitation“. During Gallagher’s appearance, the lawyer said his client denied the charges. He said:

He strenuously denies the allegations against him,

Bail conditions were agreed by both defence and prosecution. Conditions included £500 bail payments for both accused along with a £750 surety each. They are subject to a night-time curfew and will be electronically tagged. They are also excluded from the Creggan area of the city and can have no contact with anyone else accused of offences linked to the events of the night.

Three men have already been charged with the murder of McKee and another two have been charged with rioting and associated offences. The extremist group that styles itself the New IRA has previously claimed it was responsible for killing the Belfast journalist and author.

The defence lawyer raised concern about further delay in the case. Judge McElholm said he saw no reason why the prosecution could not proceed “fairly quickly”, noting the evidence in the case had already been gathered. A review hearing was scheduled for October 21.