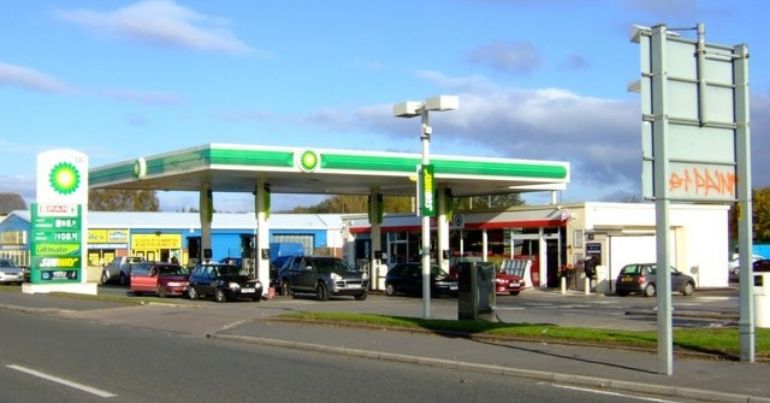 Prime minister Boris Johnson says all is well despite driver and apparent fuel shortages. His comments come amid rumours of panic buying and fuel companies saying they’ve been forced to close petrol stations. So, is this the latest example of Boris Johnson’s claims about the advantages of Brexit coming apart?

The PM famously once claimed that leaving the EU meant £350 million more per week for the NHS. And that Brexit would also allow free ports to be established.

When discussing the apparent current fuel shortages on 24 September, a spokesperson for Johnson said:

However, there is some confusion over what exactly is going on. A BP spokesperson said:

We are experiencing fuel supply issues at some of our retail sites in the UK and unfortunately have therefore seen a handful of sites temporarily close due to a lack of both unleaded and diesel grades.

The Guardian reported that some Esso stations had also closed. While according to other news sources, a national shortage of HGV drivers – rather than a lack of fuel – was the problem.

According to the Huffington Post, transport minister Grant Shapps refused to rule out using the military to help with the crisis.

There were reports of people panic buying fuel. Some reported queues for fuel in their towns and blamed Johnson.

Others blamed the press for stirring fear while putting the responsibility back onto Johnson:

If it wasn't shown on the news,papers no one would panic buy. Ridiculous, I went to get petrol and all sold out when I actually need some! Stupid people panic buying just like they done when the pandemic first started 🤦‍♀️
What are you doing about this @BorisJohnson https://t.co/PlAKpaiacf

The man who told us not to panic about Covid

Who shook hands with Covid patients

Then ended up in intensive care with Covid

Just told us not to panic about fuel shortages

"This is a message from the UK Government…there is no need to panic buy fuel" pic.twitter.com/ecXsXGGHoN

For some, this was a predictable outcome of Brexit.

Brexitons were unconcerned about the loss of international freedom of movement because they had no intention of using it; it was other people's problem.

We wonder how they feel now that Brexit threatens their own, local freedom of movement? #fuelshortages #fuelcrisis

Others joked that the fuel crisis was part of a secret green agenda among Brexiteers to cut emissions.

Have to applaud the Brexiteers on their hidden green agenda.
By disabling HGV transportation, leading to petrol station closures, they have done more to reduce carbon emissions than any green party could have.
Bravo.#fuelshortages #petrolshortage

Whatever the truth of the fuel crisis, Boris Johnson relationship to the truth is under scrutiny once again. This may well turn out to be the latest example of Brexit not turning out quite as advertised.