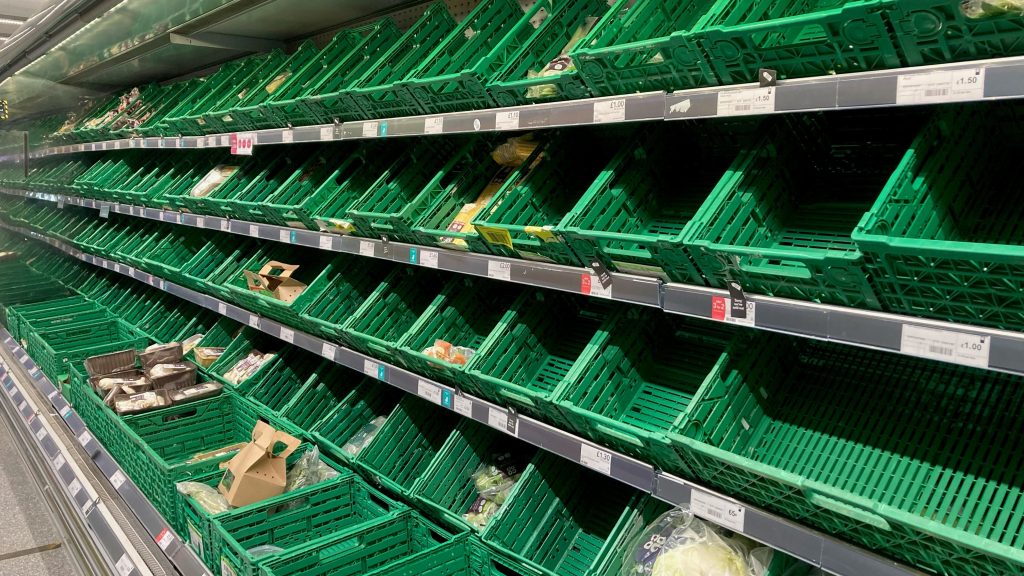 Around one in six adults in Britain said they were not able to buy essential food items at some point during the past two weeks due to products not being available, according to a survey.

The survey, by the Office for National Statistics, was collected between 8 and 19 September from a sample of more than 3,500 adults. Some 40% of people questioned said they thought there was less variety in the shops than usual, while 20% reported that items they needed were not available and they could not find a replacement.

Around one in eight (13%) said they had to go to more shops than usual to get what they needed. The figures also suggest around two in 10 (22%) adults who tried to buy medicine or get a prescription experienced some differences compared with usual.

The most common reason was having to wait longer for a prescription (13% of adults). Other reasons included items being unavailable with no replacement able to be found (4%), or people having to go to more pharmacies than usual to find what they needed (4%).