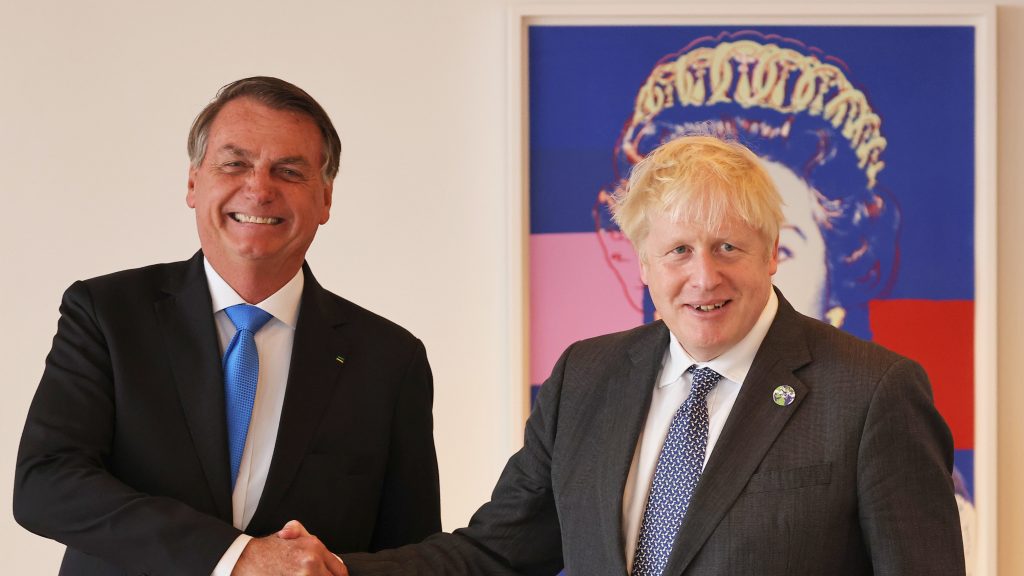 Brazil’s president has said Boris Johnson requested an “emergency” deal to import a food product facing shortages in England, amid warnings over disruption to supermarket supplies.

Jair Bolsonaro did not state what the product was, but the alleged plea came as the prime minister faced warnings over the possible shortages of turkeys this Christmas. Downing Street said it had a different recollection of the right-wing populist’s account of the conversation, but did not comment further.

Brazil is a major exporter and producer of turkey meat, one of the products which it is feared could be lacking on shelves in the coming months as markets strain under a series of issues.

A shortage of HGV drivers and food pickers, in part linked to Brexit, has created problems, as has a shortage of the carbon dioxide (CO2) used in the slaughter process and to keep products fresh.

Bolsonaro said the PM made a request on 20 September for help over an unspecified food product when they held talks in New York, where they were attending a UN summit. The president told supporters during a livestream:

Bolsonaro did not name the product but said he had handed the request to agriculture minister Tereza Cristina.

Johnson did not rule out supply chain issues lasting several months when asked about the possible shortage of turkeys a day before his meeting with Bolsonaro. He told reporters travelling with him on the RAF Voyager.

But I think market forces will be very, very swift in sorting it out, and we’re going to do whatever we can to help

His comments came after Bernard Matthews owner Ranjit Singh Boparan warned a shortage of both CO2 and workers could mean Christmas dinners could be “cancelled”.

On 24 September, ministers were coming under pressure to ease immigration rules as an emergency measure to attract lorry drivers as a shortage of trained workers hit fuel supplies. The concoction of issues in the food industry and rising gas prices have led to warnings the government faces a “winter of discontent”.

The shortage of qualified HGV drivers has been linked to Brexit causing the loss of workers from the European Union, as well as the coronavirus pandemic preventing driving tests, as well as low pay and poor conditions in the industry.

Poultry is a major export for Brazil and it is one of the world’s largest producers of turkey meat. Bolsonaro made the claim during his weekly online broadcast, this time transmitting from his official residence in Brasilia, where he’s in isolation. He was in quarantine after coming into contact with health minister Marcelo Queiroga, who was present at the meeting with Johnson.

The president said in the broadcast that he “bet a case of whisky” with Johnson if he has more antibodies against the disease, but Johnson declined, according to Portuguese broadcaster RTP3. At the beginning of their maskless meeting, Johnson was witnessed praising vaccines and urged the public to get them. Bolsonaro, who has previously contracted coronavirus, boasted he had developed “excellent” immunity to the virus.