With 750 military bases in 80 countries, the US still remains a threat to global peace - The Canary 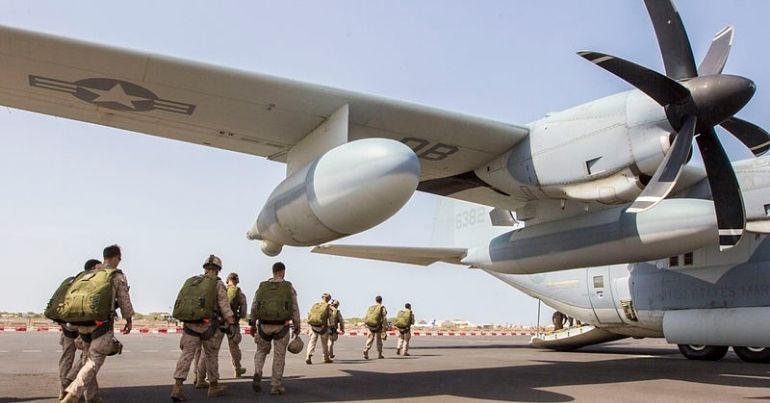 The Afghan war may be over, but the vast global network of US military bases still threatens peace, an American think tank has warned. The Quincy Institute for Responsible Statecraft (QI) has published a report on the 750 remaining US military bases in 80 countries.

Its report comes as the US is undertaking a Global Posture Review. The review will examine the US military footprint around the world. And QI said this is a chance to close down bases. Given the cost and the fact many bases are in authoritarian and undemocratic states, it’s hard to argue otherwise.

The report contains some astonishing statistics on US military installations, including that:

But it also noted that a full list hasn’t been published by the Pentagon since fiscal year 2018.

When is a base a base?

The authors acknowledge that some bases might not even be counted as bases. They say the Pentagon is wary of how a military presence is defined:

Frequently the Pentagon and U.S. government, as well as host nations, seek to portray a U.S. base presence as “not a U.S. base” to avoid the perception that the United States is infringing on host nation sovereignty (which, in fact, it is).

QI’s breakdown showed that many US bases are in Global South countries. And many of these have authoritarian governments. But European countries are also colonised by the American military, including the UK. This week saw the family of a teenager killed by a US citizen working on a military base reach a resolution a civil claim.

19-year-old Harry Dunn was killed after being struck by a car in 2019. Anne Sacoolas, allegedly an intelligence officer for the US government, claimed diplomatic immunity and fled to the US. Sacoolas may have been working at RAF Croughton, Northamptonshire. Despite the name, RAF Croughton is a US spy base.

QI says closing bases is politically possible. They say that recent presidents from Bill Clinton though to Donald Trump all closed bases around the world regularly. There’s nothing to stop Biden, who has pledged to reset US foreign policy, doing the same.

It said the review meant there was a “historic opportunity” to reduce the US military footprint, saving taxpayer cash and improving “national and international security in the process”.

And QI has a point. Closing bases is a good idea in economic, political, and moral terms. The question is, will the new administration muster the political will to do so?