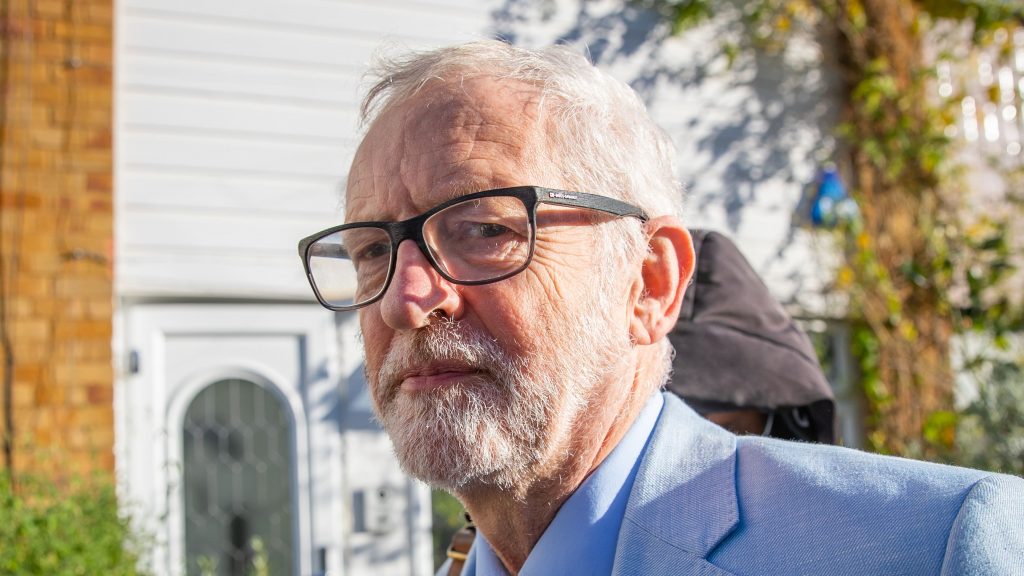 Former Labour leader Jeremy Corbyn has told young people they “don’t have to live without power or without hope”. But he warned that the current leadership of the party was “turning its back” on the opportunity for change.

Speaking to a Young Labour rally at the party conference in Brighton, the former leader criticised the current leadership. And he claimed that while members were promised unity, “instead we are given division”.

According to details released ahead of the event, Corbyn said:

Our movement has the ideas to change the world for the better. I look around this room at the energy and enthusiasm of young people, and I’m given great hope.

You are a generation that won’t just put up with what you’re given – insecurity, a dying planet and grotesque inequality. You know that you don’t have to live without power or without hope. When we come together, we know that things can and they will change.

‘The Tories have been given a free pass”

He told Young Labour, which is on the left of the party, that “our party’s leadership seems to be turning its back on that hope for a more equal, democratic and sustainable future”.

At Conference, I hope to hear how Labour will bring in a wealth tax to fund a National Care Service like the NHS, take the radical action needed to decarbonise by 2030, stand against the drumbeat of a new Cold War, and rein in the runaway wealth and power of a tiny elite.

In the last leadership election, our members and unions were promised unity, but instead we are given division. We were promised 10 pledges – and where are they?

We were promised effective opposition, but instead the Tories have been given a free pass time and again.

Empowerment was promised to our movement, not stitching up the rules for future leadership elections to prevent the Labour Party truly standing for the many, not the few.

“If our leadership won’t… our movement must”

Corbyn said that although Starmer’s planned changes to leadership election had been dropped “we have seen the leadership’s true colours”. The plans were dropped after fierce opposition from unions.

If we want the Labour Party to be a vehicle to win elections to confront the climate emergency and redistribute wealth and power to the many from the few, then we need to come together and get organised.

There is another way forward, for the Labour Party and Britain, that is based in peace and justice, in the policies the majority of people actually want, not what the establishment and its media mouthpieces insist they should want.

If our leadership won’t champion that path, our movement must and will.

Corbyn had the party whip removed in November 2020 and still remains an MP as an independent candidate. Over the past year, Starmer is said to have orchestrated a sustained campaign to purge Labour of left wing members.