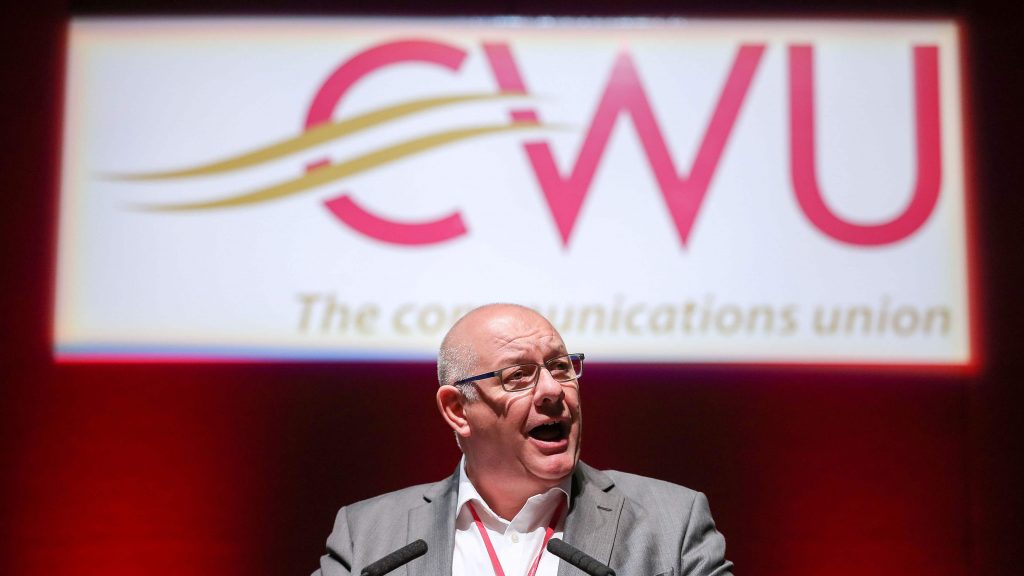 Instead of making “timid tweaks” to the system the Labour leader should aim for “deep and transformative change”. That’s according to a motion moved at the party’s conference in Brighton. The Communication Workers Union (CWU) and Unite put forward the motion. It also insisted there was a clear case for “extending public ownership” post-coronavirus (Covid-19).

The next Labour government should commit to bringing Royal Mail back into public ownership, they added. The “broadband-relevant parts” of BT should also be brought under public control. This would be to ensure free full-fibre broadband can be provided to all by 2030.

Both policies were previously pushed by Corbyn during his time as leader.

Unite’s Tom Murphy said problems in the country will “not be solved with belief in the market alone”. He added:

It’s vital that as we face the recovery and the long-term transition of a green future that this party does not turn its back on the democratic public ownership.

Recent polling confirmed once again that the majority of the public back common ownership rather than face once again a chaotic cycle of deregulation, collapse and bailout.

Murphy expressed his solidarity with energy workers during the ongoing crisis before noting the party should “not turn our back on our own ideas”. He said:

Ideas such as the publicly owned energy network proposed in the 2019 manifesto. Turning our back on these ideas now for internal reasons can only be utterly self-defeating.

We face a Tory Government whose only strategy is based on cronyism, tax cuts and the transfer of public money to unaccountable multinationals. Now cannot be the time to argue for a retreat from our commitments or to be timid in our calls for intervention in the economy.

In doing so we will be able to face the future with Royal Mail and the Post Office reunited back stronger together. We will be able to deliver a Post Bank that will end financial exclusion, that will support regional infrastructure projects, and will definitely help renew the high street.

And yes, we will provide free full-fibre broadband as a universal service that will end social exclusion, that will help end child poverty and it will also grow the economy and connect us to the modern world.

Ward said it was time to “build a new dynamic and democratic model of public ownership”. He added:

Keir, if you’re listening to this, if you’re really interested in trade unions, I’m going to promise you that we’re going to build a model that really, genuinely does align the interests of workers, of business, of employers and of communities and the public.