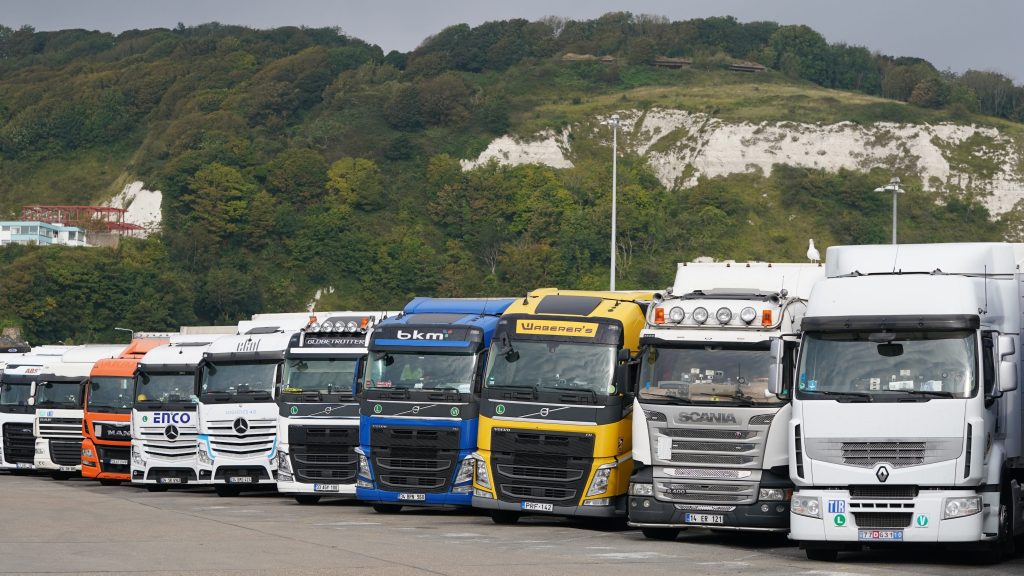 Heavy goods vehicle (HGV) drivers have said they do not believe European drivers will come to the UK for three months. One driver said that it would be too expensive and drivers won’t have enough time to learn the roads.

Another 4k to be trained as HGV drivers, army to increase testing capacity by thousands & temp visa scheme until Christmas – all part of a further package of measures we're announcing to support the haulage & food sectors deal with driver shortage🚛👇https://t.co/uEVH5JiwcV

‘It will create a lot of problems or accidents’

Imran Mustafa moved to Barcelona from Pakistan in 2013. He’s been a haulage driver for three years and said he does want to move to the UK to work. But the 12-week visa was not enough time to uproot his life.

It’s a temporary visa and it’s for a very small time period.

These days, people don’t have the money to travel. No-one wants to travel for just three months.

I could move as I live on my own but other people, French people, German people, Spanish people, they’re already earning a lot of money, so why would they move to the UK for three months only on a temporary visa?

I would move but not for three months. It’s not enough time as we don’t know the roads, the maps or how it all works. I think it will create a lot of problems or accidents.

The 32-year-old added that while the pay was not good in Spain, and drivers work long days, there is also a shortage and so there’s lots of work available. He said:

But I think no-one will move for three months. Even from Romania, even from Poland.

You have to do a lot of tests, fill in a lot of forms and it’s expensive. Most people are living hand to mouth these days.

“People who do their jobs well will not come”

Mehmet Ozalp is a 28-year-old driver from Mersin in Turkey who has recently moved to Germany. He said he does not believe drivers will come to the UK for the short timespan.

This is a temporary solution. Serious work is required to solve such a big problem for both sides. I would only move for at least six months and above. If you’re moving thousands of kilometres, it shouldn’t be just for three months.

People who do their jobs well will not come. We have to think, ‘What will this contribute to my life?’

The government has announced a temporary visa scheme that will see 5,000 HGV drivers and 5,500 poultry workers brought in on three-month contracts. This is in a haphazard attempt to keep supermarket shelves stocked with turkeys and tackle fuel delivery difficulties which British drivers have faced in recent days.

However, the Road Haulage Association says the UK needs around 100,000 drivers. The shortage is a result of workers leaving the industry, Brexit and coronavirus (Covid-19). The pandemic put a stop to driver training and testing for about a year.