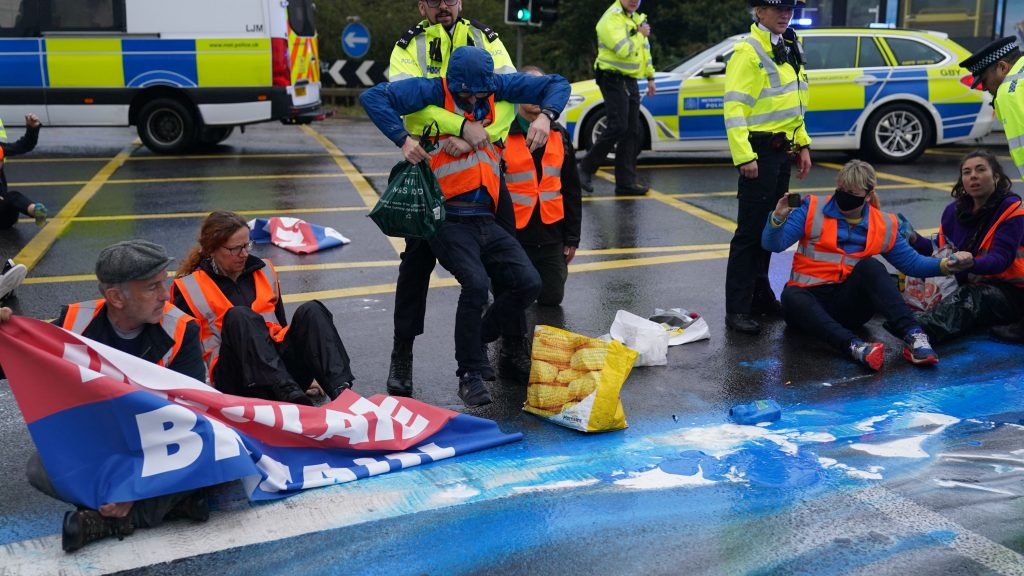 Insulate Britain protesters have caused disruption on the M25 for the sixth time in a fortnight. Activists from the group formed a roadblock on the slip road at junction 14 near Heathrow on Monday morning.

Between 30 and 40 protesters arrived at around 8am and have been moved to the verge by police. The group, an offshoot of Extinction Rebellion, is calling for the Government to insulate homes in the UK to help cut carbon emissions.

Their controversial tactics have led to National Highways being granted injunctions to prevent people obstructing the M25 and A20 following further demonstrations at the Port of Dover on Friday. The injunctions mean demonstrators could face time in prison for blocking the routes.

“You can’t put an injunction on hunger”

Police have made dozens of arrests since the beginning of the campaign. Speaking on LBC, Insulate Britain spokesperson Tracey Mulligan said:

We have certainly got everybody talking about insulation or avoiding the question of insulation.

We have got people considering that our government is legally failing in their duty to protect us and I think we’re showing that Priti Patel, unfortunately, is trying to scare us with an injunction and that shows her lack of character, not ours.

When asked about breaking the injunction, she said:

I wouldn’t say we are happy, we are just putting things into the bigger context. We are tired of over seven million people having to choose between heating or eating and we know that’s going to get worse with the energy crisis that we’re facing now.