Unions: lowering threshold for students to pay back loans would be regressive - Canary 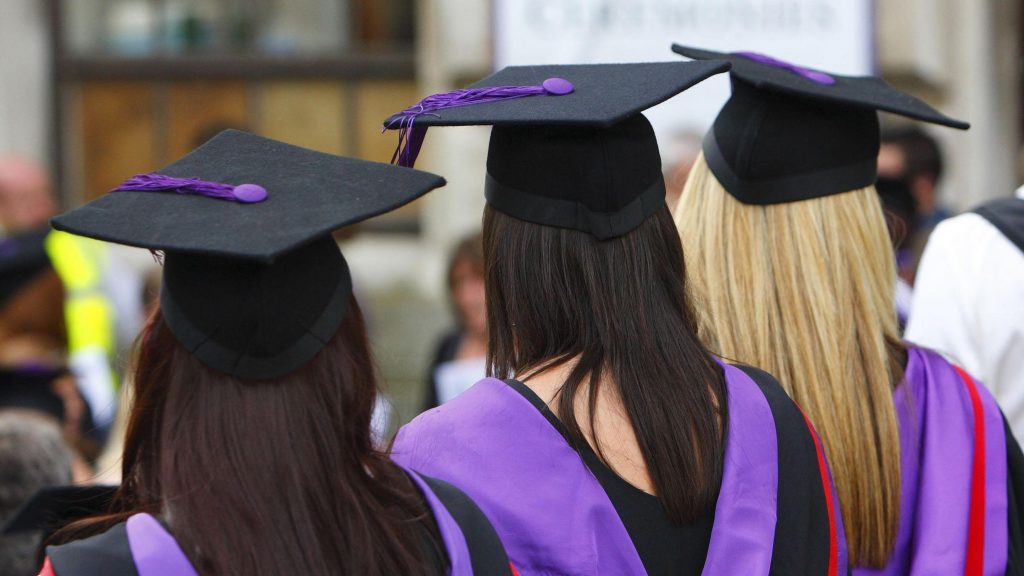 Cutting the earnings threshold at which graduates begin repaying student loans would be “regressive” and a “substantial burden” on young people, education unions and economists have warned.

The Financial Times reported that the government plans to lower the salary level at which graduates start repaying their loans in a bid to save the Treasury money on the student finance system. Currently graduates begin paying their loans back when they earn £27,295 or more a year, but ministers are thought to be considering reducing that figure.

The University and College Union (UCU) has warned against “loading more debt onto students” as it described the proposal as “regressive”. Meanwhile, an Institute for Fiscal Studies (IFS) economist has said lowering the repayment threshold would be a “substantial burden” on young graduates.

The Augar review of higher education in 2019 recommended the repayment threshold should be lowered to £23,000 and graduates should have to repay their student loans over 40 years rather than 30 years. In January, the government said that further reforms to the student finance system, including minimum entry requirements to universities, would be “considered” ahead of the next comprehensive spending review.

But an IFS report last week warned that lowering the repayment threshold for student loans would hit graduates with average earnings the hardest.

As a large majority of graduates will never pay off their student loans, lowering the repayment threshold to £23,000 is effectively a tax rise on graduates with middling earnings worth nearly £2 billion a year.

Under this policy, a graduate earning £30,000 a year would have to pay around £400 more per year – on top of more than £500 more in National Insurance contributions under the plans for health and social care announced earlier this month (counting both employee and employer contributions).

This would be a substantial burden especially on young graduates, who may be saving up for a deposit or starting a family.

Waltmann called on ministers to instead raise revenue through an extension of the student loan repayment period or through the tax system.

Loading more debt onto students is not the way to deal with the failed marketisation of higher education. It is a regressive move that will hit lower earners hardest, as they will see the largest relative increases to their payments.

The Government should be looking at progressive taxes to publicly fund higher education.

Like the Government’s decision to increase National Insurance contributions, this burden targets people earning lower incomes – after 18 months of such hardship, and with the looming hike in energy prices set to hit millions of the most vulnerable this winter, the injustice is simply astounding.

They should get their priorities right, end the marketisation of the higher education sector and scrap tuition fees.

Nick Hillman, director of the Higher Education Policy Institute (Hepi), said asking graduates to repay more of the costs would be more “manageable” than other options being considered to save money. He told PA:

My position is very clear. I do not think spending on education should be cut in a crisis. However, as the Treasury clearly has higher education spending in its sights for the spending review, it is only responsible to consider which cuts could be catastrophic and which might be manageable.

Hepi’s research shows cutting the number of places just as the number of school leavers is growing so fast would be catastrophic, whereas asking graduates to repay more of the costs would be manageable. Unpalatable perhaps, but manageable.

Rishi Sunak reportedly wants to overhaul student financing in his spending review before next month’s budget, according to the Financial Times. Hillman suggested that the government is “belatedly” realising that the vocational options they want to drive people towards usually have lower earnings outcomes than degrees. He added:

So they are now realising a lower earnings threshold is necessary to make their vocational reforms hold water. It is a very odd reason for making the change but there you go.

The student loan system is designed to ensure all those with the talent and desire to attend higher education are able to do so, whilst ensuring that the cost of higher education is fairly distributed between graduates and the taxpayer.

We continue to consider the recommendations made by the Augar panel carefully alongside driving up quality of standards and educational excellence and ensuring a sustainable and flexible student finance system.