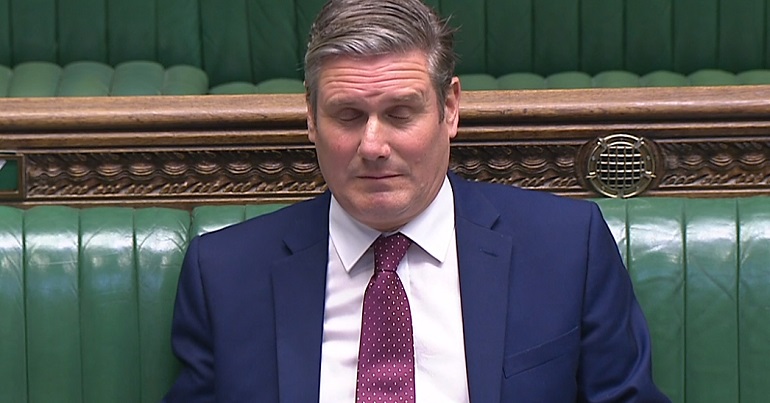 Keir Starmer will face a fresh battle with Labour’s left amid accusations that the resignation of Andy McDonald from the shadow cabinet was an act of “planned sabotage” by critics of the party leader.

The Labour conference will vote on a motion from the Unite union calling for a £15-an-hour minimum wage – the issue which led to McDonald dramatically quitting Starmer’s team, claiming he had been ordered to argue against the hike in pay rates.

“This is something I could not do,”

McDonald said he quit as shadow employment rights secretary after being ordered to argue against a national minimum wage of £15 per hour and against statutory sick pay at the living wage ahead of Tuesday’s vote. McDonald wrote:

This is something I could not do,

In his resignation letter, he told Starmer:

After 18 months of your leadership, our movement is more divided than ever and the pledges that you made to the membership are not being honoured.

It is with deep sadness that I have resigned from Keir Starmer’s Shadow Cabinet, following the leadership’s refusal to back a £15 minimum wage and statutory sick pay at the living wage. pic.twitter.com/dz1KQTj0qR

Nothing to see here!

Shadow home secretary Nick Thomas-Symonds said Labour would assess its policy on the minimum wage closer to the next general election. He told Sky News:

We are very committed to a minimum wage of at least £10 an hour.

But it is the responsible thing as we get closer to the election, to look at the rate of inflation, rate of wages, the wider economic situation for the precise figure that we will put before the country at the next general election.

Thomas-Symonds said Starmer’s actions were not an attempt to “defeat” the Jeremy Corbyn-supporting wing of Labour. He told BBC Radio 4’s Today:

It isn’t about defeating different bits of the party, the party has always been a broad church, but what we are doing is showing a very firm sense of direction under our new leadership.

Keir has shown that very strong sense of direction this week, he has got the rule changes through and we will be getting those policies out to the country now as well.