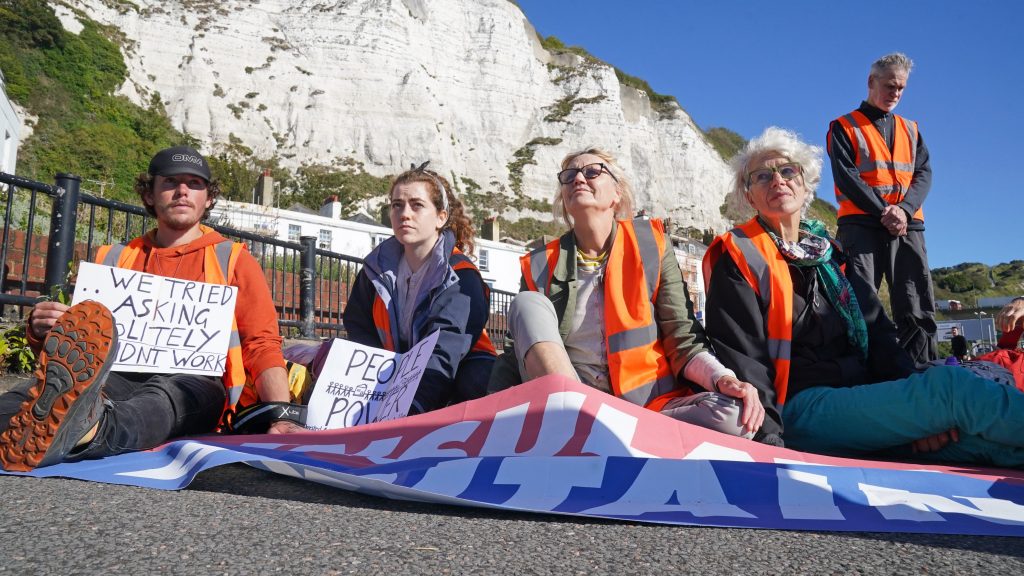 This has led to vehicles attempting to cross the Channel being stuck in queues. The offshoot of Extinction Rebellion caused chaos on the M25 five times in the past fortnight, but they have been threatened with imprisonment if they return to the motorway. They also held a demonstration outside the Home Office’s Westminster headquarters.

A spokesperson for the group, which wants the government to insulate and retrofit homes across the UK to cut climate emissions, said:

We are blocking Dover this morning to highlight that fuel poverty is killing people in Dover and across the UK.

We must tell the truth about the urgent horror of the climate emergency.

Change at the necessary speed and scale requires economic disruption.

We wish it wasn’t true, but it is.

It’s why the 2000 fuel protests got a U-turn in policy and gave (Tony) Blair his biggest challenge as prime minister.

The port of Dover is Europe’s busiest ferry port, handling 17% of the UK’s trade in goods. It was used by an average of 6,200 road haulage vehicles every day last year.

The blockage comes amid disruption to supplies across the UK due to a shortage of lorry drivers. The port of Dover said in a statement:

Port of Dover confirms protesters are currently blocking the entrance to the port.

Please allow extra time for your journey and check with your ferry operator for updates. The port remains open.