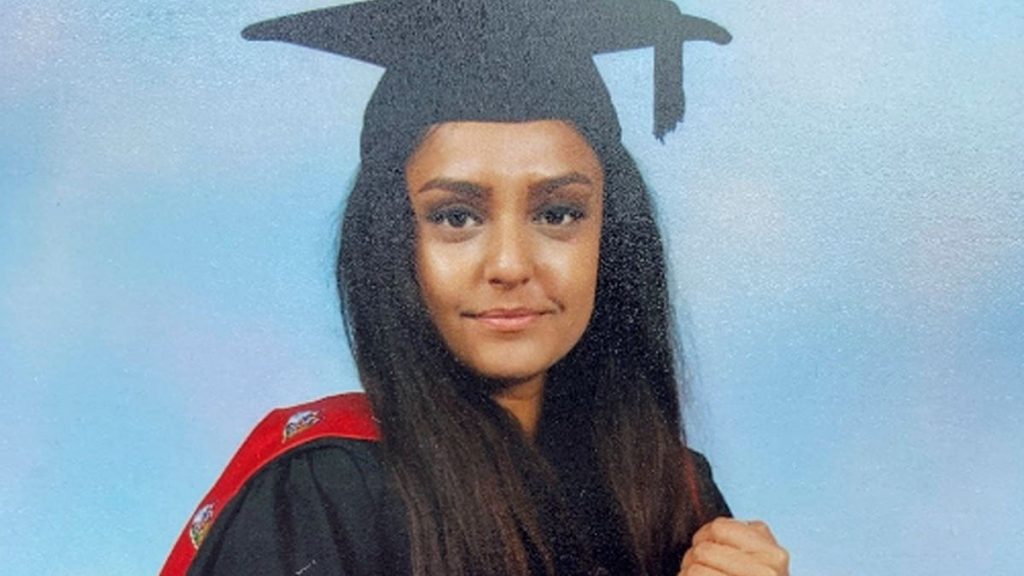 A south-east London primary school has been “devastated” by the death of a “brilliant” teacher whose body was found near a community centre, the headmistress has said.

Sabina Nessa, 28, from Kidbrooke, has been remembered as “kind, caring and absolutely dedicated to her pupils” by Lisa Williams, head of Rushey Green Primary School where she worked in Lewisham.

The Metropolitan Police said a body was found near the OneSpace community centre at Kidbrooke Park Road in the Royal Borough of Greenwich on Saturday, and the force named Nessa on Monday.

Her death is being treated as a murder, and a man in his 40s who was arrested on suspicion of killing her has been released under further investigation.

We are devastated by Sabina’s tragic death.

She was a brilliant teacher; she was kind, caring and absolutely dedicated to her pupils.

She had so much life ahead of her and so much more to give and her loss is desperately sad.

As a school we are supporting each other through this very difficult time, and we will be providing specialist support to those who need it.

The Met said a post-mortem examination carried out at Greenwich Mortuary on Monday was inconclusive, and Nessa’s family have been told.

Detective Chief Inspector Joe Garrity urged anyone who might have been in the park around the time of the incident and seen someone acting suspiciously to contact police.

Sabina was found near the OneSpace community centre which we know is a facility used by lots of people and we would ask anyone who was in or around the area and who may have any information to come forward.

We are working around the clock to deliver justice for the family of this young woman, and we need your help to do it.”

A number of crime scenes are in place and inquiries are ongoing.