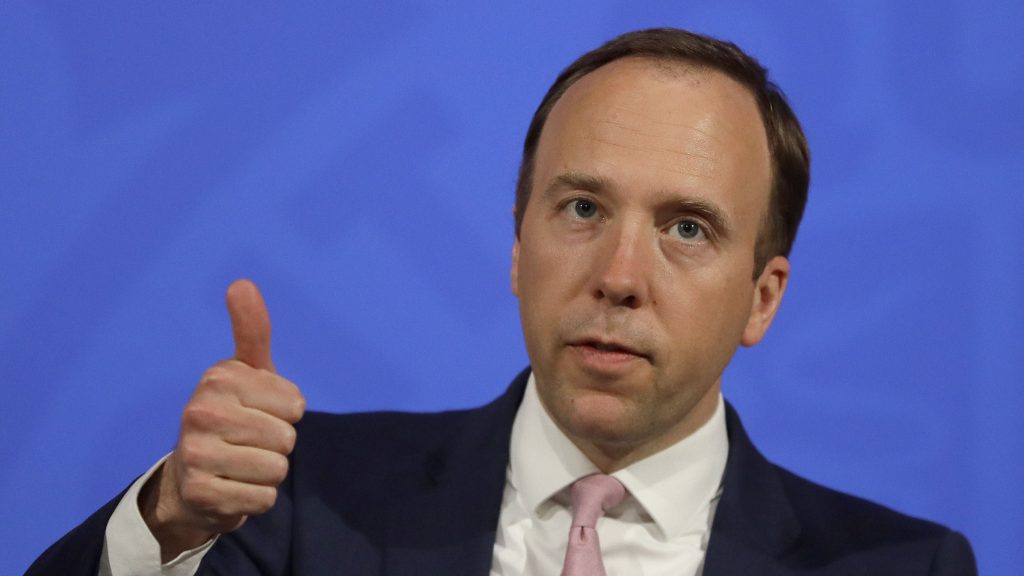 Former health secretary Matt Hancock will have his personal WhatsApp and emails searched as part of a High Court battle over millions of pounds’ worth of antibody test contracts.

The Good Law Project has brought legal action against the Department of Health and Social Care (DHSC), claiming that more than £80m in contracts for antibody tests were awarded unlawfully. The bid covers three contracts awarded to Abingdon Health which the group claims were given in April, June, and August 2020 but were not published until October 2020.

The contracts were awarded directly, and secretly, without any advertisement or competition

On 21 September, the group asked the High Court to order searches of Hancock’s government email accounts and his “non-Government communications systems” used for government business – thought to include WhatsApps.

Hancock had been health secretary since July 2018 until he resigned in disgrace in June after photos of him kissing an aide in his departmental office, in breach of coronavirus rules, were published.

Claiming Hancock was the “ultimate decision-maker” in awarding the contract to Abingdon Health, Barrett told the court that Hancock had used multiple non-government emails for government business. However, no searches had been conducted and no documents had been disclosed.

Barrett alleged that DHSC had “either destroyed or otherwise put beyond recovery or refused to search or disclose almost all of the repositories and documents of the four most senior and important individuals in the case”.

Philip Moser QC, for DHSC which is contesting the claim, argued Hancock had a “limited” role in the contracts. He said:

There is no reasonable basis on which to seek such disclosure, because Mr Hancock’s involvement in the matters which are in issue in these proceedings was limited and, in any event, any communications from the then Secretary of State would have been caught by the existing disclosure exercise

Justice Fraser ordered that both Hancock’s government and non-government communications that were used for government business should be searched for relevant material.

It seems to me that even though his involvement has been described as ‘limited’, ‘limited’ can still be quite significant.

He also ordered that ex-health minister lord Bethell must provide a witness statement over the use of personal devices for government business. The Conservative peer left the Department of Health and Social Care (DHSC) last week following calls to resign over his use of a personal email account rather than official communication channels.

There is no evidence whatsoever in the documents relied upon by the claimants … that Lord Bethell, or others, used personal communications devices to communicate substantively with Mr Hancock in relation to Abingdon.

However, he added that the former minister had agreed to provide a witness statement and to have his devices searched. He said:

Lord Bethell has consented to a search of three personal email accounts and keywords have been agreed with the claimant. He has also consented to have his personal mobile telephone devices searched.

Government lawyers previously said the old phone had been “broken” six months ago and that data held on it was not contained on the replacement. The lost information was reported to have included WhatsApp and SMS messages.

The court also heard that Bethell’s phone is currently with “disclosure consultants” to determine whether his WhatsApp messages can be retrieved.