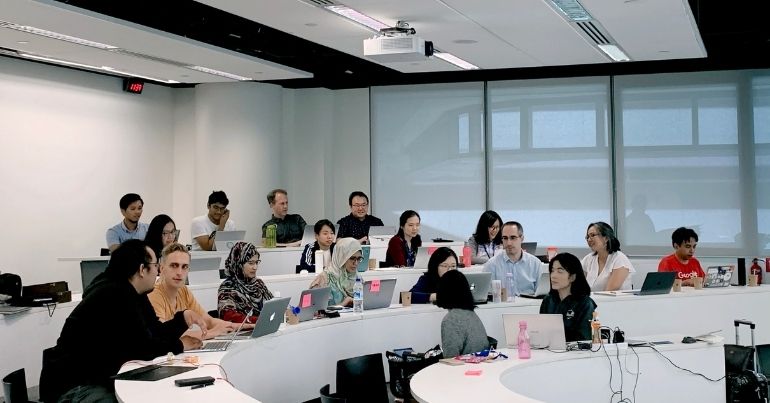 Almost 100,000 Muslim students have been negatively affected by the current student loan system, according to new research.

Interim results from a survey by Muslim Census found that many Muslim students reported that tuition fees and loans had directly impacted their studies. This is because many Muslims do not take on loans with interest as it’s forbidden in Islam by Riba. The researchers urged the government that Alternative Student Finance (ASF) is needed to prevent further inequality.

ASF is a model of funding that does not accrue interest where students who feel unable to take traditional loans instead make contributions to the education of future students.

Deprived of an education

Muslim Census has already received 36,000 responses to its survey. So far, the results show that one in ten Muslims who would qualify for university miss out because they can’t get ASF.

Furthermore, around one in six Muslim respondents said they have had to self-finance university because they can’t use the current loans system. Those self-financing said this meant they’d been restricted in the courses and universities they could choose. Additionally, many mentioned the stress of having to work while studying to make ends meet.

In February, student Deenah Yasmi told The Canary she had not taken out a student loan due to her religion, and was instead funding her education through her family and a part-time job at Wilko. She said:

It’s an important matter in the sense that people take religion really seriously and large Uni fees. People who desire to do things like become a doctor to save lives cannot as they are too scared to be in debt or go against religious beliefs.

I find it extremely hard and stressful to go to Uni and get this degree as me and my family are constantly thinking about paying for tuition and where we can find the money.

The only bursary I’ve received from Uni is the low income one which was not a lot at all.

A 2017/2018 report by AdvanceHE recorded that around 8.9% of university students are Muslim – about 36,665 a year. Researchers at Muslim Census extrapolated their results to estimate around 6,000 Muslim students a year are self-funding, and 4,000 may be having to forgo university entirely.

The number of students impacted could add up to nearly 100,000 over the ten years since university fees went up to £9,000 a year.

Additionally. four in five Muslim students who had taken on a traditional student loan reported that it had affected their mental health and made them feel they had compromised their faith.

Back in 2014, the government said it would offer an ASF option that would be “compatible with moral and religious beliefs“. David Cameron himself said:

Never again should a Muslim in Britain feel unable to go to university because they cannot get a student loan simply because of their religion.

Despite the promises, no ASF has since been introduced.

Along with several other advocacy groups, Muslim Census is calling for ASF to be introduced by September 2022 to make this year the last cohort of impacted Muslim students.

Rizwan Yusoof, director of services of National Zakat Foundation – one of the organisations that facilitated the survey – said:

With Muslim communities especially affected by economic deprivation, improving the life chances of 10,000 students annually through granting them equal access to funding a degree would help to break the cycle of inter-generational poverty, and demonstrate the government has a meaningful commitment to deliver on it’s aim of levelling up equality of opportunity.

Out of the 36,000 respondents, 71% said they felt the current student finance system discriminates against Muslims.

We estimate about 100,000 students have been disenfranchised to date since the introduction of higher £9,000 annual fees in September 2012. We therefore urge our government to bring in ASF by September 2022 so further cohorts are not so deprived.