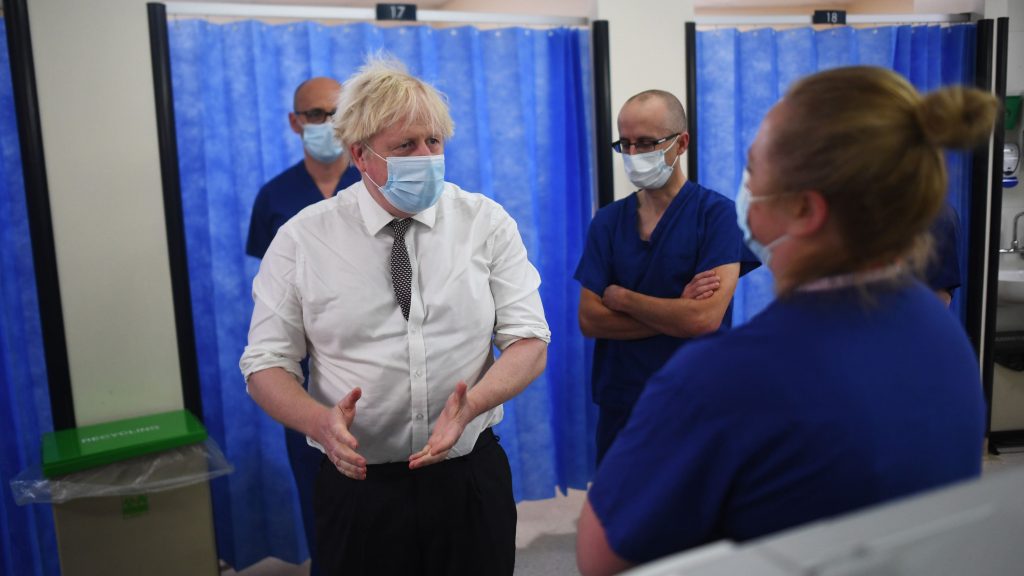 Boris Johnson has been accused of “running scared” after deciding to stay away from an emergency Commons debate on the rules for MPs following the row over Owen Paterson who was until last week the MP for North Shropshire.

It’s happening at the same as another scandal involving the government allegedly giving out peerages for donations. Despite this – and despite the public support for democratising the second house – Keir Starmer has abandoned his pledge to abolish the House of Lords.

Downing Street said the prime minister was unable to get back to Westminster in time following a ‘long-planned’ visit to an NHS hospital trust in Northumberland. Instead the Cabinet Office minister Stephen Barclay will open the debate for the government amid continuing anger among some Tory MPs over the way the issue has been handled by ministers.

Keir Starmer, who will lead for Labour, said the prime minister had chosen to hide away rather than address the mess he had created. He said:

Boris Johnson does not have the decency either to defend or apologise for his actions. Rather than repairing the damage he has done, the Prime Minister is running scared.

When required to lead, he has chosen to hide. His concern, as always, is self-preservation, not the national interest.

Starmer, meanwhile, has drawn criticism for abandoning his pledge to abolish the undemocratic House of Lords.

Keir Starmer abandons pledge to abolish the House of Lords. The man embodies so much that is wrong with desiccated, business as usual politics. https://t.co/IfGw0rQXBo

This man lied through his teeth to the people who had the power to make him Labour leader. Abolishing the House of Lords isn’t even a controversial policy – it even made it into Miliband’s manifesto in 2015.

I have no confidence in Starmer as Labour leader. #StarmerOut https://t.co/dbTWOY46n4

Surely it’s not beyond the wit of our political leadership to understand #OwenPaterson, the #ClimateCrisis, PPE corruption, Tory hegemony and so much more is all linked by the thread ofa rotten democracy?

The Liberal Democrats, who secured the emergency three-hour debate, said Johnson’s absence from the Commons chamber represented a “shocking failure of leadership”. Chief whip Wendy Chamberlain accused the prime minister of trying to undermine the rules to avoid scrutiny of his own conduct – including over the lavish refurbishment of his Downing Street flat. She said:

A fish rots from the head down, and it’s the same with Boris Johnson’s corrupt and sleazy Government.

From the redecoration of his flat to holidays reportedly paid for by Tory Party donors, the Prime Minister has serious questions to answer about his own integrity and allegations he has breached parliamentary standards.

It looks very much like Boris Johnson was trying to use Owen Paterson’s case to get himself off the hook, which would be a new low even by his standards.

Others have commented on the situation with the missing prime minister:

Johnson not bothering to attend today’s sleaze debate in Parliament will infuriate Tory MPs angry they allowed themselves to be whipped last week into supporting a sleazy colleague. His judgement’s terrible.

Johnson not only attacked what little remains of democracy in the UK, but did so when he should have been relentlessly focused on the climate talks. The public gaze is now elsewhere, and the small matter of life on Earth is once again marginalised. I find this hard to forgive.

Speaking to reporters during his visit to Hexham General Hospital, Johnson refused to be drawn on the chaotic events of last week. However, he welcomed moves by the Commons speaker Lindsay Hoyle to forge a cross-party consensus on reform of the way the standards system operates.

A spokesperson for Hoyle indicated that he would address MPs at the start of the debate. Johnson said:

I think it is very important that we get this right. We are going to hold MPs to account. MPs should not break the rules.

If there is anything positive to come out of the whole thing it is that as far as I can make out the Speaker is determined to try to move us all forward with a system whereby we have a cross-party approach, which is what we were trying to achieve last week.

“Research from Labour has revealed that Boris Johnson has travelled over 26,000 miles to hide from difficult questions during his leadership – roughly the distance around the world”

🤣 Someone in Labour HQ deserves biscuit and a day off pic.twitter.com/Bko0AriTP5