Tory councillors have ‘no concerns’ over MP’s British Virgin Islands job, but these people do - The Canary 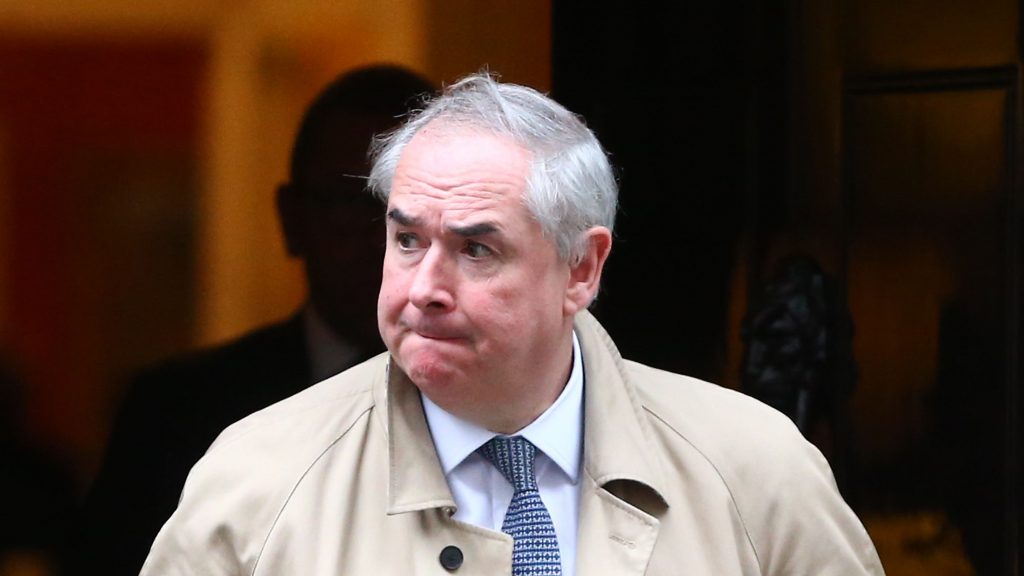 Conservative Party councillors in Torridge and West Devon have said they have no concerns over reports that their local MP was paid up to £900,000 to work in the British Virgin Islands. The situation is being criticised by others, however, and it’s being linked to the ongoing Tory corruption scandal.

Right so *deep breath* it appears Geoffrey Cox spent April, while Brits were still under lockdown rules, in the Caribbean, voting in parliament over Zoom, earning £100,000s representing a tax haven island *against the British state* over corruption claims? https://t.co/1aTW7Hr2Vw

Former attorney general Geoffrey Cox was hired to defend the islands in an inquiry launched by the Foreign Office. Tory councillors in his constituency spoke up in support of him and said they are not concerned.

Debo Sellis, county councillor for Tavistock, said she has worked “very closely” with Cox and described the work he does for local residents as “phenomenal”. She said:

I can say that I have contact with the majority of people in my area and it is quite remarkable how many single mums will say they are voting for Geoffrey because he has helped them.

I have stood in for him at his surgeries and there is a lot of people that go there with many sensitive and tricky cases. What he can do for them is phenomenal. He is very passionate about the community.

The Conservative added that she will “definitely” vote for Cox if he stands for re-election.

Geoffrey Cox is the man who in 2015 "forgot " to declare £320,000 worth of earnings though that same year he did remember to put in an expenses claim for a 49p carton of milk

A Tory MP working to defend the British Virgin Islands from corruption charges during lockdown for hundreds of thousands of pounds on top of his Westminster salary? You couldn't make it up, could you? https://t.co/bmRzPavCPI

Bere Ferrers ward councillor Peter Crozier said he has no doubt the party will win a forthcoming council by-election, despite the reports that Cox was paid up to £900,000 in his second job abroad. The Conservative said:

I doubt the reports will affect the by-election.

Others have suggested his actions are actually disadvantaging his constituents:

Tory MP Geoffrey Cox earned over £150,000 representing the government of a tax haven *against* the Foreign Office in a corruption inquiry.

Whose interests was he representing? Not his constituents.

While Nurses and Doctors, and care staff, worked until they dropped dealing with the Covid pandemic.

Geoffrey Cox earned £400,000 per year defending tax havens and lowering the tax take that may have supported higher pay in the NHS.

Steve Hipsey, Independent councillor for Tavistock North, told the PA news agency he has concerns about the amount of time Cox spends in parliament.

The only times I have had anything to do with him was before I was a councillor and I asked him about his attendance in Parliament, where he gave me a ‘dog ate my homework’ answer, and then during lockdown about the spread of Covid from tourists.

If I have any beef with him at all it is about the time he spends in Parliament representing his constituents. As a local councillor I am very concerned that we seem to be getting so little value for money out of him in Whitehall. I have no real gripe with him in terms of constituents.

Hipsey added that he would not vote for Cox in an election.

Deputy prime minister Dominic Raab told BBC Breakfast on Tuesday that there are “very strict rules” surrounding MPs’ second jobs and that it is “respectable and legitimate” for them to carry them out. He added that it is ultimately up to voters whether they think their MP is earning too much in a second job. He said:

He added that it:

makes sure we don’t become ever more secluded and out of touch with the priorities of what’s going on in the world outside the House of Commons.

Ultimately, voters will decide on their MP and whether they’re spending enough time doing the job for them as their constituents.

Raab on the radio seriously suggesting Cox's 35 hour/week job earning a million quid while taking an MP's salary is for nobody to judge but his constituents.

No. We all pay his wages. He is a member of our legislature. It takes the piss out of every one of us.#takebackBritain

How much money did Dominic Raab and other Tory MPs have invested in the British Virgin Islands?

You know, the offshore tax haven employing their colleague Geoffrey Cox to help defend against corruption charges brought by the Foreign Office?