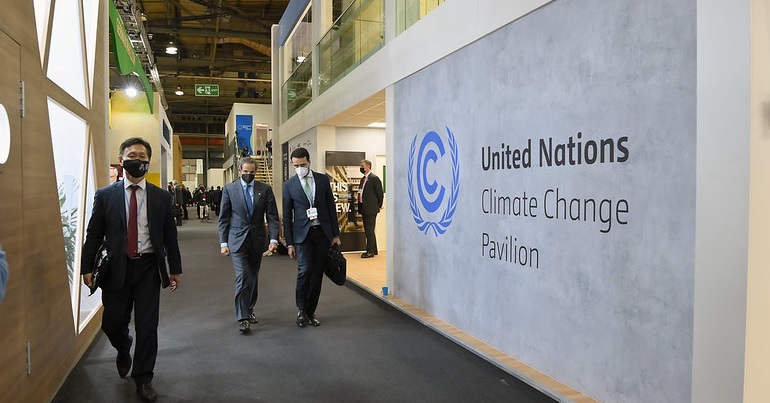 A recent prank has helped to highlight the absurd level of corporate capture at the COP26 conference.

Glasgow Calls Out Polluters (GCOP) alleged on 8 November that the Yes Men managed to get a fake company that designs “bespoke couture” for private jets accepted on two UN ‘Net Zero’ initiatives. But the prank itself is apparently a set-up. The Yes Men say they didn’t get the UN to sign up a fake company to its initiatives. Indeed, the prank appears to be centred on a real company, YASAVA. And that company actually is a corporate member of the UN’s ‘Race to Zero’. Instead, the self-professed “shite-stirrers” – the Yes Men – simply tried to convince the world that it was a fake company in order to expose the absurdity of the Net Zero narrative.

A fake company in official #COP26 Race To Zero program!

Even a bespoke private jet interior design company can get the @COP26 Net Zero seal of approval. https://t.co/5BadEWxd5z

GCOP released a report titled Race to Zero (credibility): How flagship Net Zero initiatives at COP26 are sciencewash around the same time as the prank. As the group explained, the point of the associated high jinks was to highlight “the real deceit of these initiatives and the companies that are part of it”. They further said that:

The fact that this company designing bespoke interiors for private jets could in reality (rather than imagination) be accepted onto these UN climate programmes highlights how much of a joke the whole concept of net zero by 2050 is – and how unserious the people behind these initiatives are in tackling the climate crisis.

Like previous reports before it, GCOP’s offering takes aim at the institutional, governmental, and corporate focus on ‘Net Zero’ as a way of dealing with the environmental emergency. As The Canary previously explained:

But Net Zero calculations generally include unrealistic claims about nature’s carbon-storing capacity, uncertain technologies, and highly contested energy ‘solutions’. What they often lack, meanwhile, is a plan to dramatically lower emissions by reducing and ultimately ending fossil fuel use.

In short, Net Zero is a plan to keep on polluting, at least up until 2050. As GCOP highlights, instead of ending pollution, Net Zero ‘climate action’ generally focuses on ploughing money into finding “fairy tale compensatory mechanisms” to miraculously cancel it out.

As Global Witness and other organisations have recently revealed, fossil fuel lobbyists are out in force at COP26. Their analysis found that the conference has opened its doors to at least 503 of them. And as DeSmog has previously reported, between July 2019 and March 2021, UK ministers – the COP26 host country – met with fossil fuel and biomass producers nine-times as often as with renewable energy producers.

#COP26: "The ongoing failure of countries to name oil, gas & coal as the primary drivers of global warming and to commit to immediately halting new #FossilFuel production and phasing out fossil fuels is inexcusable" — @NikkiReisch.

So is it any wonder that sciencewashing and greenwashing are the order of the day at COP26? Unfortunately for the future of the planet and its living inhabitants, not in the slightest.