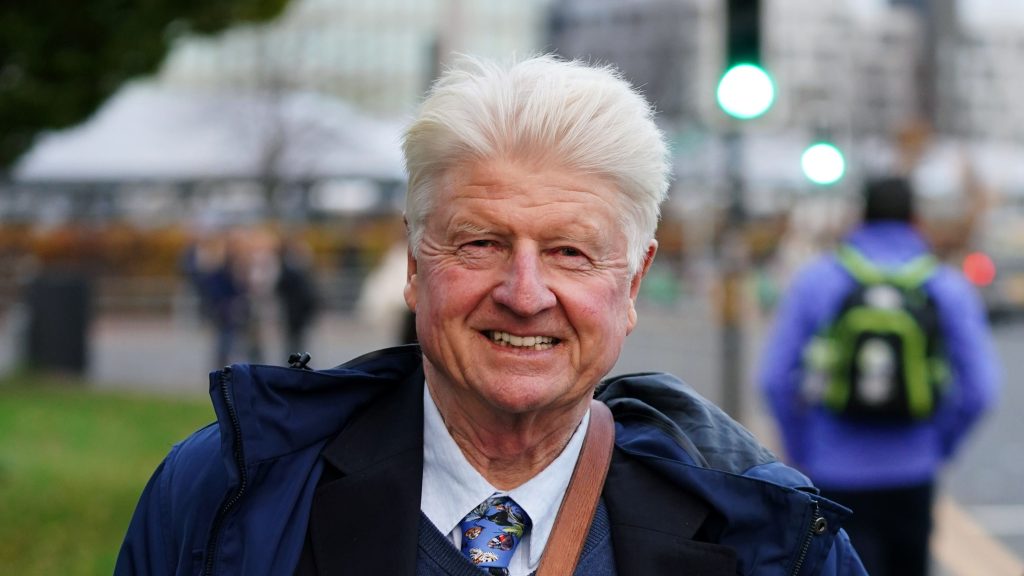 A senior Conservative MP and a journalist have both accused Stanley Johnson, the prime minister’s father, of inappropriately touching them.

Caroline Nokes said the elder Johnson forcefully smacked her on the backside and said she has “a lovely seat” in 2003 ahead of him running to be a Tory MP.

Johnson declined to comment about her allegation made to Sky News, other than to say he has “no recollection of Caroline Nokes at all”.

The allegation prompted Ailbhe Rea, a journalist for the New Statesman, to accuse Mr Johnson of having “groped” her at the 2019 Tory conference.

Nokes, the chair of the Commons Women and Equalities Committee, had suggested that the PM’s father inappropriately touched her during the Conservative Party conference in Blackpool 2003 ahead of Johnson running in the Teignbridge seat in Devon in 2005.

I’ve had male MPs stick their hands on my backside in Strangers’ Bar (in Parliament),” she said during a panel discussion.

And I can remember a really prominent man smacking me on the backside about as hard as he could and going, ‘Oh, Romsey, you’ve got a lovely seat’.

I didn’t do anything and I feel ashamed by that… now I probably would.”

Johnson did not immediately respond when contacted by the PA news agency, but told Sky News: “I have no recollection of Caroline Nokes at all. But there you go… and no reply.”

Stanley Johnson also groped me at a party at Conservative conference in 2019.

I am grateful to Caroline Nokes for calling out something that none of us should have to put up with, not least from the Prime Minister’s father.”