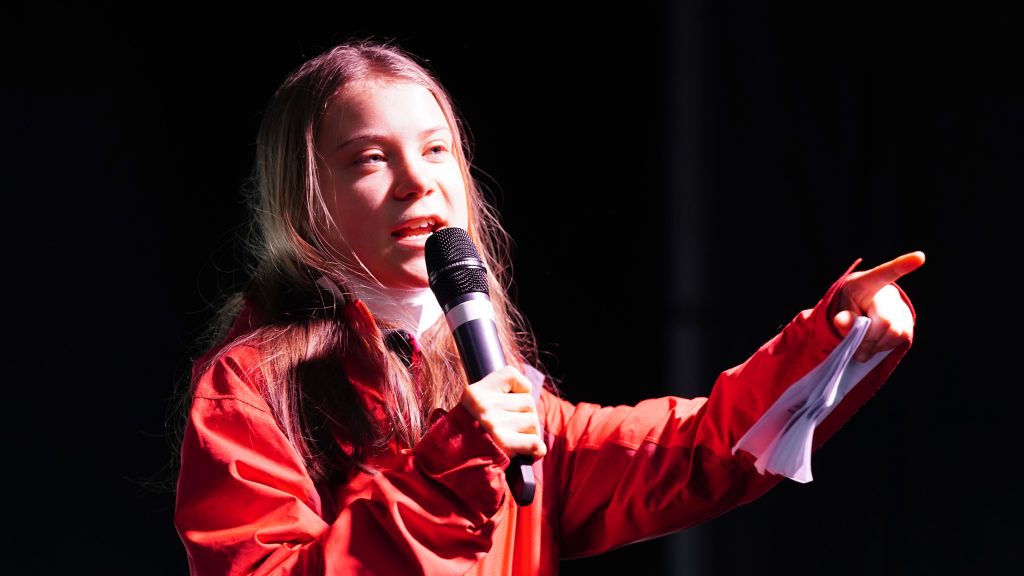 But the real work continues outside these halls. And we will never give up, ever. https://t.co/EOne9OogiR

Unfortunately it turned out just the way as I had expected, and that many others had also expected, they even succeeded in watering down the blah, blah, blah, which is quite an achievement

There is still no guarantee that we will reach the Paris Agreement. The text that it is now, as a document, you can interpret it in many, many different ways.

The Glasgow Pact, secured at the COP26 talks, committed countries to take more climate action and featured a historic – if watered down – move against coal. Ministers and negotiators at the UN summit agreed to get countries to strengthen their emissions-cutting targets for 2030 by the end of next year as part of the bid to limit dangerous warming climbing above 1.5C.

Thunberg welcomed the move to meet more frequently, but warned:

Others have spoken out about COP26’s ‘failure’:

Too many world leaders are more interested in representing the interests of fossil-fuel exploiting billionaires than people and planet.

But we have the solutions that have social and environmental justice at their core.

That's why we organise for our alternative

His self-congratulatory statement that #COP26 was a triumph ignores that ⁰1.5C is on life support, no deal to end fossil fuel subsidies let alone fossil fuels, & global south still don’t have $$$ they were promised

“What have they been doing all this time”

Negotiators have also sent a signal on the shift away from the world’s dirtiest fuel, with the deal calling for efforts to accelerate the “phase down” of unabated coal, as well as the phasing out of inefficient fossil fuel subsidies. Some have pointed out that negotiators have failed to clearly explain what “unabated” and “inefficient” mean, however, potentially allowing for these practices to continue in some form.

It was the first time fossil fuels were mentioned in a COP deal, and Thunberg told the broadcaster this was a “crucial step”.

The campaigner, who marched through the streets of Glasgow during the conference, added:

I think many people were surprised to learn we have had 26 Cops, and not once have we mentioned fossil fuels in the document up until now, then you start to wonder what have they been doing all this time?

In the wake of the deal, COP26 president Alok Sharma said the summit had met its key goal of keeping the 1.5C limit within reach. However, as Jasmine Norden wrote for The Canary before COP26 took place:

A reminder: the people in power don’t need conferences, treaties or agreements to start taking real climate action. They can start today.
When enough people come together then change will come and we can achieve almost anything. So instead of looking for hope – start creating it.