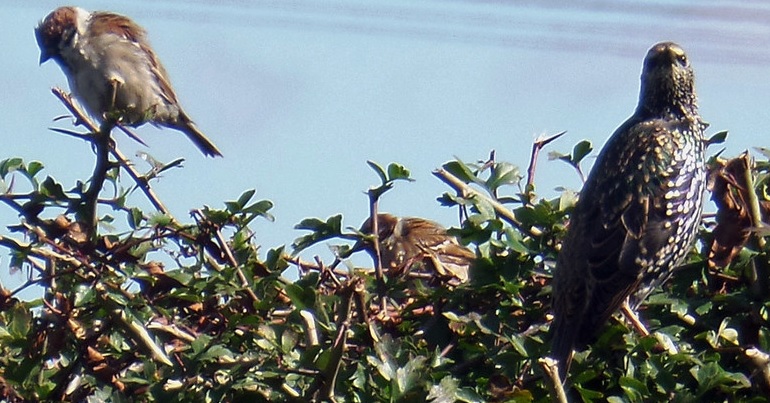 A study has found that a dramatic decline in the abundance of Europe’s birds has taken place over the last 40 years. Included in the plummeting populations are traditionally common species like house sparrows. In fact, this species’ drop topped the list, with 247 million fewer of them in recent years than there were in 1980.

In line with previous assessments, the study suggests that policymakers need to do much more to tackle the rapidly evolving biodiversity crisis to avoid the threat of a silent spring.

Researchers from the RSPB, Birdlife International, and Czech Society for Ornithology produced the study. They looked at data on birds native to the EU and the UK, analysing findings on 378 species in particular between 1980 and 2017.

House sparrows have experienced a loss of half of their population since 1980, the study asserted. Yellow wagtails took the second worst hit, with populations 97 million lower over the same period. Starlings have seen a decrease of 75 million, and skylarks have decreased by 68 million. Overall, the study said that declines represent the loss of between 17% and 19% of birds since 1980.

Birds who are associated with farmland and grasslands suffered the biggest overall losses. But species that aren’t associated with a particular habitat have also faced large net declines. It pinpointed shorebirds and long-distance migrating birds as being of “pressing conservation concern”.

The research showed a slowing rate of decline over the last decade. This is potentially related to increased legal protections and conservation efforts. But no less than 175 species that the researchers analysed faced declines, with eight species making up 69% of the total losses. Meanwhile, 203 species had increased. Eight of these species accounted for 66% of the total increases.

Birdlife International put these figures into context, highlighting that “some 900 million birds have been lost” during the studied period and that “this is set against an increase of around 340 million in certain species”.

Our study is a wake-up call to the very real threat of extinctions and of a Silent Spring. We need transformative action across society to tackle the nature and climate crises together.

Common birds are becoming less and less common, largely because the spaces they depend on are being wiped out by humans. Nature has been eradicated from our farmland, sea and cities.

The demise of once common birds is of particular concern because they are indicators of ecosystem health. On the one hand, their loss suggests that the ecosystems that once supported them have deteriorated. On the other, common species play key roles in ecosystems. So their absence “may have large implications for the health our of our ecosystems” going forward, Birdlife International said.

Staneva urged European policymakers to “establish legally binding targets for nature restoration” or face “severe” consequences,  “including for our own species”.

Officials from around the world will gather in China next year for the UN Biodiversity Conference – COP15 – to address the biodiversity crisis and lay out plans to tackle it going forward. They held the first segment of that conference virtually in October. It yielded the Kunming Declaration, which lays out the broad ambitions of policymakers. It notes that they need to take “urgent and integrated action” for “transformative change, across all sectors of the economy and all parts of society” in order “to shape a future path for nature and people”.

As The Canary previously reported, however, the action global leaders promised on agriculture – the main driver of biodiversity decline – at the recent UN climate conference lacks such transformative change. And although the UK government has stated that it’s “leading the way through our new agricultural system in England” that will incentivise farmers to “create space for nature”, its wider biodiversity-related plans allow for the continued destruction and disruption of species and their habitat.