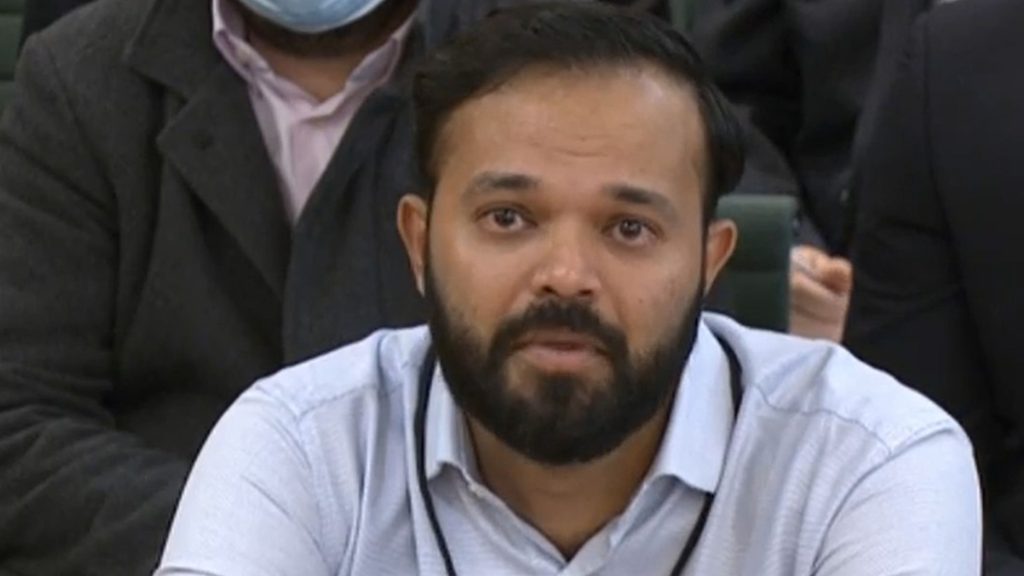 The government has held “frank” conversations with the England and Wales Cricket Board (ECB) and others over racism in the sport, MPs have heard. Sports minister Nigel Huddleston made the disclosure after acknowledging Azeem Rafiq’s testimony to MPs was “harrowing” and “difficult to hear”.

This is where Rafiq reveals the horrific racist abuse he was endlessly subjected to:

The Yorkshire whistleblower made a series of new allegations that implicated a handful of high-profile former England players during an appearance in front of the Digital, Culture, Media and Sport select committee this week.

MPs across the political spectrum have reacted with horror and anger at Rafiq’s testimony of the “inhuman” treatment he suffered during his time at Yorkshire County Cricket Club.

The government has previously vowed to “step in” if Yorkshire and the ECB fail to take “real action” in response to the racism crisis.

Speaking in the Commons, Conservative MP Julian Knight – who chairs the select committee – asked Huddleston if he shared his consternation that “the former chair of Yorkshire hadn’t even read the seminal Fletcher report into the lack of inclusivity at the county”.

Does he agree with me the response to Mr Rafiq’s brave testimony in this House has not only to be to clear out the Augean stables in Yorkshire, but to ensure the institutionally racist blocking of minority community talent is stopped forever?

We need a Kick It Out for cricket, right now.

Huddleston, in his reply, said:

The Fletcher report, which was pretty old, was clearly not acted upon, it should have been.

We’ve had very frank conversations with ECB and others involved in cricket over the last couple of weeks. I have had reassurance that they take the issue seriously and will act.

(ECB chief executive) Tom Harrison has promised me that with every fibre of his being he will take action here.

We will judge them on their deeds and not their words, and if they fail to act appropriately we will not hesitate to intervene further.

PM @BorisJohnson in response to Azeem Rafiq “There is no excuse for racism anywhere in society”. PM used terms “watermelon smiles” “piccaninnies” & “Muslim letterboxes”. But that was “satirical”. PM’s govt report denied Institutional Racism exists. His hypocrisy proves it does.

For Labour, shadow culture minister Alison McGovern claimed those who failed to deal with cultures of racism in sport will “ruin our country’s reputation, not build it”.

As she addressed the claims made by Rafiq, McGovern added:

I know that you (Commons Speaker Sir Lindsay Hoyle) and I, all members and ministers and shadow ministers in this House were heartbroken listening to Azeem Rafiq, but as the minister himself said it’s deeds, not words, that will make a difference.

That goes for the Government as well.

Can I ask the minister if he will place in the Commons library any correspondence that he has had with the Equality and Human Rights Commission and can he tell the House what discussions he has had with them about their powers and resources, and whether they are enough to deal with what we know and have known for a long time are chronic problems in sport?

As reported by The Canary, the Labour Party has a number of questions to answer when it comes to racism. This was also pointed out by some on Twitter following this tweet from deputy leader of the Labour Party, Angela Rayner:

That is of course if you are serious about racism

I will happily place documents that are appropriate, I cannot promise to put every single document or discussion as she knows there are sometimes confidentiality and frank discussions concerns that may inhibit our ability to place every single piece of correspondence.