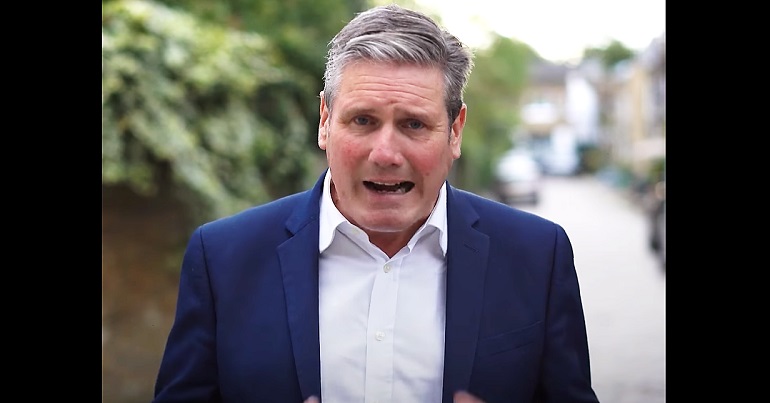 Keir Starmer’s new video reeks of hypocrisy. With the Labour Party descending further into the abyss amid accusations that its right wing is targeting Black and Muslim women MPs, his cries of “equality” ring utterly hollow.

As the Labour Party shared, Starmer’s got a new video out. In it, he talks about “Labour’s values” being “Britain’s values”. “Blah, blah, blah” as Greta Thunberg would say. Because Starmer’s new clip was little more than a load of words, clichés, and derivative stories strung together, devoid of real meaning:

So, just what are Starmer’s new values? One of them seems to be “equality”. But judging by recent events, Starmer’s idea of this seems selective.

As SKWAWKBOX reported, people subjected Labour MP Zarah Sultana to disgusting, racist abuse via email. This was while she was on bereavement leave. Sultana tweeted the details:

Having spent a couple of days away on bereavement leave, I came back to my emails today. This is what I found. Muslim women in politics shouldn't have to tolerate this. pic.twitter.com/KFQ0zVVkER

This morning I posted about racist abuse emailed to me. This afternoon I checked my emails again.

Islamophobia must be called out. pic.twitter.com/uZguzQf1s5

SKWAWKBOX noted on Thursday 11 November that Starmer had not publicly offered any support to Sultana. This is despite even the BBC managing to report on the emails.

By Sunday 14 November, Starmer still hadn’t publicly said anything. Why? Possibly because Sultana is close to former leader Jeremy Corbyn. Or maybe Starmer is silent because she’s on the left of the party.

Reports have emerged about some Labour MPs facing deselection in time for the next general election. These included Sultana, Sam Tarry, Ian Byrne, and Apsana Begum. Tory Fibs tweeted that Taiwo Owatemi and Diane Abbott may also be facing “pressure to stand down” or find themselves possibly being deselected. None of this is confirmed. But as SKWAWKBOX noted:

As it also noted, parts of the Labour right wing seems to be institutionally racist against Black and Muslim people. So maybe it’s of little wonder that Starmer hasn’t spoken out in support of Sultana. While he continues to purge the left, a prominent socialist, Muslim MP being attacked is of little concern to him.