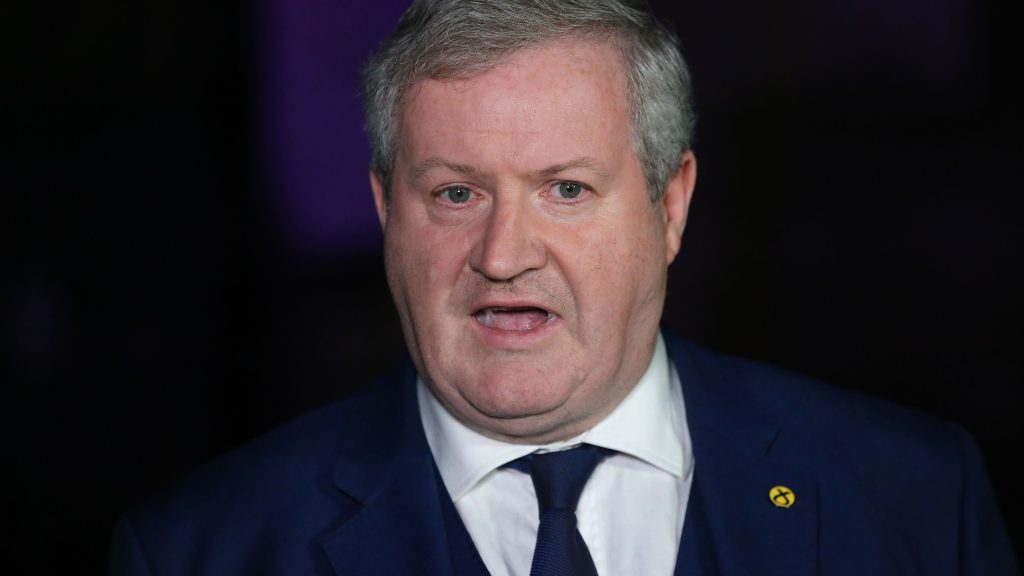 The SNP Westminster leader has challenged Boris Johnson to “do the right thing” and help ensure the world’s poorest nations can produce coronavirus (Covid-19) vaccines.

Ian Blackford demanded that the UK prime minister “stop blocking” the vaccine intellectual property waiver so that developing nations can manufacture vaccines themselves.

The SNP MP raised the issue in a letter to the Conservative leader. He stressed that there needs to be a “truly effective global vaccine strategy” if coronavirus is to be defeated.

While the UK is rolling out booster vaccines to the population, the proportion of those in the Global South who have been jabbed is much lower.

At the end of November it was reported some 54.2% of the global population had had at least one dose of coronavirus vaccine. But in low-income countries this falls to just 5.8%.

All countries must have the tools to allow them to produce Covid vaccines on home soil and ramp up production if we are to have a truly effective global vaccine strategy. That means ensuring they have access to the vaccine patents.

So I am urging Boris Johnson to do the right thing and stop blocking the vaccine intellectual property waiver – at least temporarily – to allow developing nations to manufacture the vaccines themselves.

This is a matter of global leadership, and with over 100 states, including the USA supporting the proposal, it is clear the UK is becoming increasingly isolated in blocking the waiver to support access to vaccines around the world.

Indeed, it is the least the UK Government can do after it brutally slashed aid and hindered humanitarian projects around the world.

The emergence of the new Omicron variant has shown us that, until we achieve vaccine equality, new variants could continue to appear.

Therefore, it is in everybody’s interests that we share vaccine patents – it will be an essential step in beating Covid-19.

In June 2021 at the G7 summit, the government pledged to donate 100 million vaccine doses by mid-2022. But a No 10 spokesperson claimed the goal for this year was to donate “30 million doses”. 23 million have been donated so far, which leaves around 77 million doses still outstanding to be donated between now and June 2022.

The Independent also reported last month that the UK discarded 600,000 vaccine doses at the end of August. These doses were allowed to expire instead of being donated.

The No 10 spokesperson said:

The UK has been a world leader in ensuring developing countries can access vaccines, through our early support to the Covax scheme and commitment to donate surplus vaccines.

We are on track to meet our goal of donating 30 million doses by the end of this year, and more next year. We have donated 23 million doses already, of which 18.5 million have gone to Covax to distribute to developing countries.

The UK is engaging constructively in the Trips waiver debate at the World Trade Organisation and we continue to be open to all ideas that have a positive impact on vaccine production and distribution.

‘The wrong side of history’

It’s hugely significant that the SNP’s Westminster Leader has answered our call, by adding his voice, to the growing chorus of those who are demanding urgent action to stop pharmaceutical companies from artificially rationing global vaccine supply, by holding lifesaving vaccine recipes and technologies hostage.

Vaccine inequality is both morally wrong and it places people across Scotland at additional risk from the emergence of dangerous new variants, like Omicron, with epidemiologists warning all along that no one is safe until we all are.

The UK Government is looking more and more isolated as it continues to stubbornly stand on the wrong side of history by choosing to put protecting patents and big pharma’s profits above saving people’s lives.

The Prime Minister must now act: a failure to do so would be short-sighted, self-defeating and shameful.