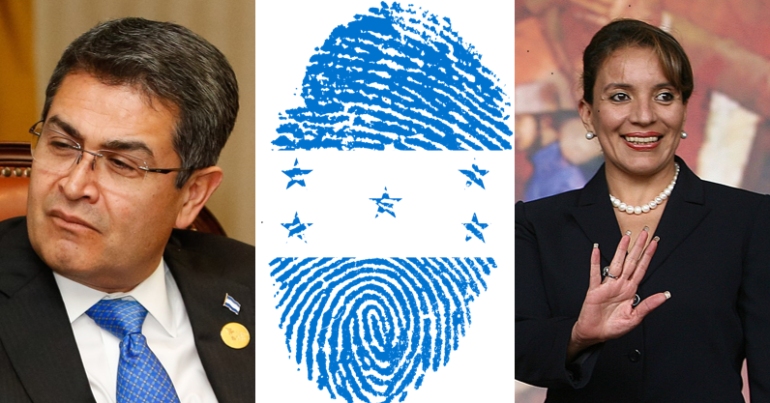 Presidential elections in Honduras have resulted in a decisive victory for the race’s socialist candidate. This puts to an end over a decade of US-backed right-wing rule and offers hope for a better future for the beleaguered Central American nation.

But that hope should be tempered by the fact that Honduras has suffered from years of US intervention. In Latin America, meddling from the northern hegemon is a lingering threat for any country that refuses to bow to its power. Washington will likely soon be looking for ways to undermine this new government if it fails to uphold US economic and geostrategic interests.

On 28 November, Hondurans headed to the polls to elect their new president. Sitting president Juan Orlando Hernandez declined to stand. This was likely owing to plummeting approval ratings that almost reached single digits toward the end of his term. But his right-wing National Party fielded replacement Nasry Asfura, who largely ran on a platform of continuing Hernandez’s neoliberal and authoritarian policies.

After just over half of ballots were counted, it was already clear that Xiomara Castro of the Liberty and Refoundation party had won by a decisive margin. Often referred to simply as ‘LIBRE’, which means ‘free’ in Spanish, Liberty and Refoundation is a democratic socialist party. It opposes neoliberalism and strives to establish an “alternative economic model”. Castro’s victory puts an end to over 10 years of National Party rule, which has governed Honduras uninterrupted since 2010.

A historic first and symbolic victory

Castro will become Honduras’ first female president. This is an important historical milestone in a region known for its culture of ‘machismo’. But perhaps of greater symbolic importance is the fact that Castro is married to former president Manuel Zelaya, who was ousted in a 2009 coup. The coup was ostensibly predicated on Zelaya’s attempt to hold a referendum on whether to form a constituent assembly. This body would have been tasked with reforming sections of Honduras’ constitution, which critics characterized as illegal.

In reality, Zelaya was removed from office because he had made powerful enemies as a result of introducing progressive reforms. These enemies were from amongst Washington’s allied economic elites within Honduras. Though the reforms were largely modest, these elites nonetheless saw them as an affront to their preferred ‘Washington consensus’ neoliberal economic policy. And as a result, they wanted to boot him out of office.

Zelaya had also fallen afoul of Washington for not being sufficiently obedient to US power. Consequently, the then-US administration of Barack Obama backed, and arguably even aided, the effort to oust him.

Then-secretary of state Hillary Clinton even admitted to playing a role in removing Zelaya. This was in a section of the first edition of her 2014 memoir Hard Choices. But the section in question miraculously disappeared from subsequent paperback editions of the book. It’s not hard to see why; even the US’s own ambassador to Honduras admitted there was “no doubt” that removing Zelaya “constituted an illegal and unconstitutional coup”.

After the coup, Honduras gradually became one of the US’s closest allies in Central America. This was despite it having one of the worst human rights records in the entire Western Hemisphere. Its state security forces have been implicated in human rights violations including torture and extrajudicial killings. The country’s status as a democracy, meanwhile, has progressively declined over the past 10 years. The 2017 presidential election, in which Juan Orlando Hernandez won his second term, was so marred by irregularities that even the pro-Washington Organization of American States denounced it as fraudulent.

Hernandez’s time in office has also seen Honduras degenerate into one of the most notorious narcostates in the region. The Latin American Post reported that in 2016, Hernandez had been “involved with drug trafficking networks by ex-army captain Santos Rodríguez Orellana”. In March 2021, a US court named Hernandez as a co-conspirator in a case against alleged drug lord Geovanny Fuentes for cocaine smuggling. The court also alleged that Hernandez accepted a bribe of $250k from Fuentes. And in July 2021, Hernandez’s predecessor Porfirio Lobo was banned from entering the US due to similar allegations that he took bribes from drug cartels.

Needless to say, all of the above makes nonsense of Washington’s claim that it predicates its treatment of other countries on their human rights record, democratic credentials or involvement in narcotrafficking. This is a claim that’s dutifully repeated in the corporate media too. But as The Canary has argued many times, Washington bases its stance toward other nations based solely on the extent to which they are obedient to US economic and geostrategic interests. In the case of Honduras, the latter is especially important given that the ‘Soto Cano’ air base serves as launching pad for US military operations.

Exciting opportunity, but much peril lies ahead

Castro’s victory represents an exciting opportunity. It could be a chance for Honduras to throw off the shackles of neoliberal capitalism and renounce its complicity with US imperialism throughout the region. But this opportunity notwithstanding, Castro’s government will soon face significant obstacles. The US, along with its internal proxies inside the country, could try to destabilize the new government or perhaps even stage another coup. If so, it would be part of a long and well-documented pattern throughout Latin America that continues to this very day.

Washington currently imposes punishing sanctions on Nicaragua and Venezuela. This is because these nations dared to challenge US domination of the region and offered an alternative to neoliberalism. In the case of Venezuela, sanctions have led to the deaths of hundreds of thousands of people. And they’ve made it practically impossible for the Venezuelan government to stabilize its economy in the wake of a protracted economic crisis.

Washington has a long and illustrious record of overthrowing governments it doesn’t like, propping up dictators (so long as they are sufficiently obedient), and interfering in elections all throughout the region. So although there’s much to celebrate in Castro’s victory, her government faces a Herculean struggle to stay in power and follow through on the mandate of progressive reforms that the Honduran people have given it.