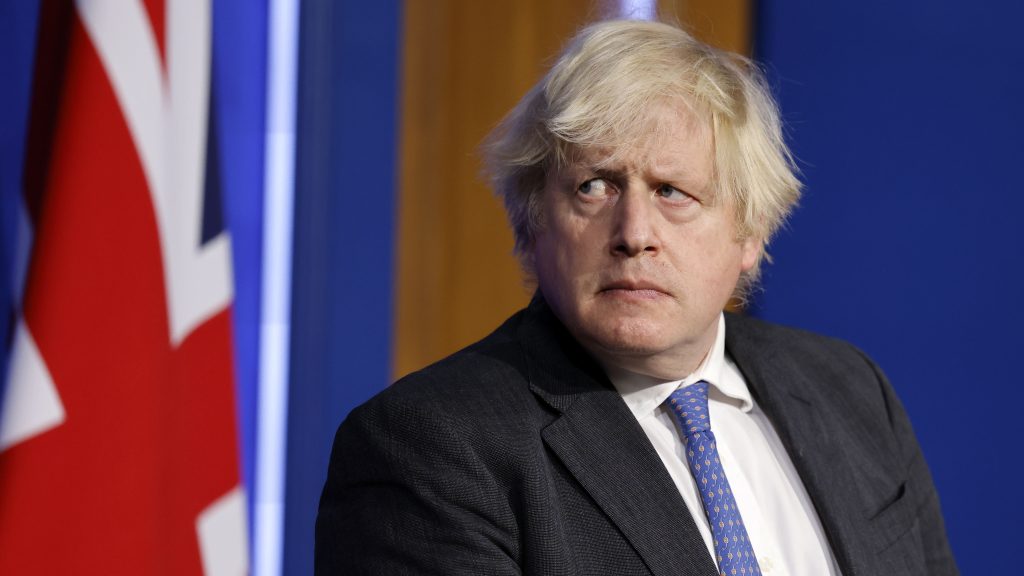 Boris Johnson’s “boosterism” will not see him through the crisis currently engulfing No 10, a senior Tory has said, as the resignation of a key ally prompted more questions about the prime minister’s future.

Lord Frost finally finds a way to get rid of unelected bureaucrats https://t.co/uiNZHsGyMa

Brexit minister lord David Frost resigned with “immediate effect” on the night of Saturday 18 December, having previously agreed with the prime minister he would leave his job in January.

Citing “the current direction of travel” of the government, as well as fears over “coercive” coronavirus (Covid-19) measures and the wish for the UK to become a “lightly regulated, low-tax” economy, Frost’s departure was described as a “watershed moment” in what had already been an extremely damaging week for the PM.

Some have suggested that Frost may actually have gone because of his and the government’s inability to make Brexit work as they would like it to:

Frost’s resignation comes after he demanded ECJ removal as a red line a couple of months ago, then completely backed down this week. Like every other Brexit minister, he promised to deliver all the EU’s benefits with none of its obligations, and in the end collided with reality.

Apologies for the name drop, but when I met with Lord Heseltine post-Brexit vote, he said he’d advised Theresa May to give the three relevant Ministerial jobs to prominent Brexiteers (Johnson, Davis & Fox) to make them own it. And they all ran away. Just like Frost. Pathetic.

Tobias Ellwood (Bournemouth East), who chairs the Commons Defence Select Committee, said many Conservative colleagues shared the desire for there to be “a consistency of where we want to go”.

I think this is what perhaps unites more and more of the wider party, and we’ve seen this since the Owen Paterson debacle, is that it needs to be clarity of our vision, there needs to be a consistency of where we want to go, people need to be included, the decision-making in No 10 needs to be improved.

We need an, almost like, a wartime leader, we need a strong No 10, and the machinery of No 10 around Boris Johnson, that’s what needs to be improved.

The boosterism, the energy, is not enough in these current circumstances alone.

But what comes next? And that’s what I think Lord Frost is talking about.

I think part of that rebellion of 100 Conservative MPs was partly due to the fact that we want to see the Prime Minister move to a more conservative agenda in future.

Bone also said he agreed with Frost’s concerns over the prospect of “coercive measures” to control coronavirus. The MP said:

I’ve cancelled all in-person meetings and the get-together with staff, I cancelled. I won’t be going to crowded places, but leave that up to the individual to make that decision, don’t have the state telling me what I have to do every day, and so in that regard, yes, I’m with Lord Frost on that.

Health Secretary Sajid Javid – who owes his job to the PM – defended Johnson as he told Trevor Phillips:

I think Boris Johnson is the best person to take us through the challenges the country faces.

He said he also understood the reasons Frost had resigned and called him a “principled” man.

Meanwhile, Nadine Dorries has reportedly been kicked out of a Tory WhatsApp group for defending “hero” Boris Johnson:

In the message chain, Dorries said:

The hero is the Prime Minister who delivered Brexit.

I’m aware as someone said today that regicide is in the DNA of the Conservative party, but a bit of loyalty to the person who won an 83 majority and delivered Brexit wouldn’t go amiss.

The majority was won for many reasons. Among them, two were critical:

1) the [Brexit] deal he voted for was rejected

2) someone (ahem) but not him persuaded Farage not to run against incumbents.

If Boris had not benefitted from both, we would be on the other benches.

Baker seems to be suggesting that Labour working against the Brexit deal is what lost them the election. Labour also switched to backing a second referendum in a move that saw it lose several leave voting constituencies.

“They need to find solutions”

Frost resigning piles more pressure on the PM, who has already suffered potentially his worst week in terms of his political career since becoming prime minister with the rebellion, the loss of a former Tory safe seat in the North Shropshire by-election, and continued allegations over parties in Whitehall during lockdown restrictions.

Frost’s resignation evidences how quickly Johnson’s administration is falling apart. In the middle of pandemic crisis, Johnson is distracted desperately seeking his own political survival & his ministers appear frozen like rabbits caught in the headlights. Can’t go on like this.

Ellwood suggested it was now an opportunity to “press the reset button with the EU”. Former minister Ellwood said:

We’re still not out of the woods with the Northern Ireland Protocol and we have some rather larger decisions and challenges, which actually unite both the EU, Europe and Britain.

As much as I think this is going to be seen as a hit for the Government, he was a critical character that’s been with Boris Johnson from the very start when it comes to Brexit, this is a chance for us actually to sort of move forward on our relationship with the EU.

This is the same David Frost who negotiated Brexit and he has worked to undermine it every day since.

I am less concerned about what is going on in the Tory party and the dismay and the disruption.

What I am more concerned about is that the protocol is made to work, that pragmatic solutions are found, that certainty and stability is achieved for all of our business community here who have been left high and dry in terms of uncertainty because of the Brexit mess.

David Frost will be replaced by another minister and, whoever that minister is, they need to find solutions, work with the EU, make the protocol work and provide that certainty and stability that is desperately required.