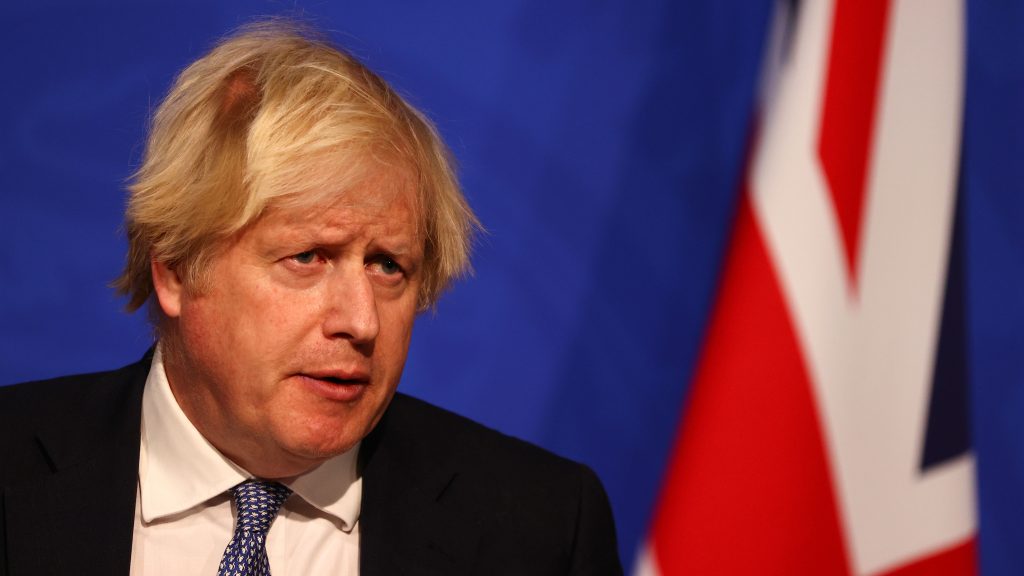 Labour’s deputy leader Angela Rayner has urged Boris Johnson to “tell us the truth” about gatherings at Downing Street as a photo emerged of the PM and staff gathering in the No 10 garden reportedly during the first national lockdown.

The Guardian and the Independent previously reported that Johnson was present for 15 minutes at the gathering following a coronavirus (Covid-19) press conference on 15 May 2020. According to the newspapers’ sources, around 20 staff drank wine and spirits and ate pizza following the press conference at which then health secretary Matt Hancock told the British public to stay at home “as much as is possible” and stressed the rules in force meant “you can meet one other person from outside your household in an outdoor, public place” as long as you kept two metres apart.

I guess staff meetings look a bit different if you went to Eton?

Enough is enough. Tell us the truth about what was going on in Downing Street from the very beginning immediately @BorisJohnson https://t.co/Ovrs9Z5Zxh

In a photograph published by the Guardian, Johnson can be seen sitting around a garden table with his then-fiancee Carrie and two members of staff. On the table are bottles of wine and a cheeseboard. Four other members of staff are sat around a second table a distance away. Nine people are then gathered on the grass, with another two sat on the floor to the right.

Downing Street has insisted the gathering was within the rules, and a spokesperson previously said:

On May 15 2020 the Prime Minister held a series of meetings throughout the afternoon, including briefly with the then health and care secretary and his team in the garden following a press conference.

The Prime Minister went to his residence shortly after 7pm.

A small number of staff required to be in work remained in the Downing Street garden for part of the afternoon and evening.

On 19 December, a spokesperson told the Guardian:

As we said last week, work meetings often take place in the Downing Street garden in the summer months. On this occasion there were staff meetings after a No 10 press conference.

Medical professionals shared what happened in the month when the PM was in the garden:

On Friday 15th May 2020 at 1 pm we held a minute’s silence on our ward (and throughout our hospital) in memory of those who died from Covid – little did we know that the PM & friends were enjoying a garden party that same afternoon. pic.twitter.com/ESx6AqZ3um

May 2020. A then student nurse asked to work on a COVID HDU. I watched people younger than myself die. I watched my friends dad die. I remember my whole bay of patients died, a brand new nurse, seen more deaths than most see in 10 years. How was the party ⁦@BorisJohnson⁩? pic.twitter.com/dNJXgbFs7A

Another person described the scenes as “infuriating”:

When you’ve been working – socially distanced – in an NHS Hospital all morning, reviewing recent inpatient deaths, this is uncomfortable and infuriating to look at. My hands are cracked from hand sanitiser, how about yours @BorisJohnson? https://t.co/x14vf3o97S

Some social media users described the situation as “gaslighting”:

PM sat in garden drinking and eating in May whilst rest of country locked down with citizens only being allowed to meet one person outside. Why would anyone now have confidence in Gov, lockdowns or rules when they’ve been gaslighting us all along? #ToriesPartiedWhilePeopleDied pic.twitter.com/E606snCufD

The prime minister is alleged to have told one aide that they deserved a drink for “beating back” coronavirus.

Some aides reportedly carried on drinking into the evening, although there was no suggestion Johnson or Hancock had any alcohol or stayed late. The alleged gathering is one of a number that have been reported across Whitehall during coronavirus restrictions.

Senior civil servant Sue Gray has been tasked with investigating the reports after cabinet secretary Simon Case was removed from the probe after it was revealed he had known about a quiz held in his department.