Protester in Colston statue trial asks ‘how long must you ask to be heard and not be listened to?’ - Canary 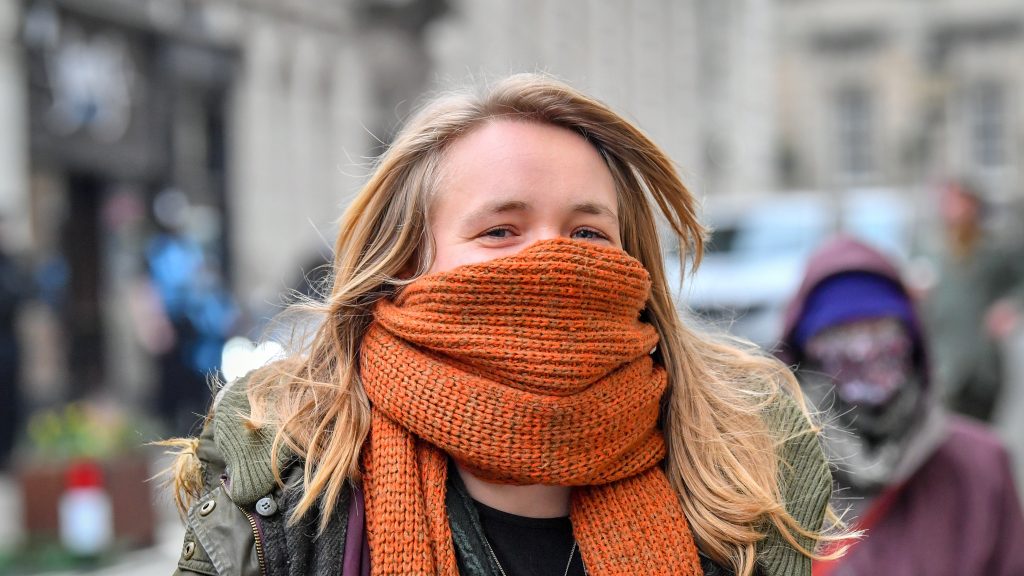 “Democracy had well and truly broken down” over the statue of Edward Colston in Bristol, a protester accused of toppling it has said.

The memorial to the 17th century slave trader was ripped down during a Black Lives Matter march in the city centre on 7 June 2020.

It became an iconic moment in the wave of anti-racism protests staged around the world in the aftermath of the killing of George Floyd by a police officer in the US.

Rhian Graham is one of four people on trial at Bristol Crown Court facing a charge of criminal damage.

Giving evidence on Monday, Graham pointed out that there have been campaigns to have the statue of Colston removed from the town centre going back to the 1920s.

Multiple petitions and protests and even support from a Bristol MP had failed to bring about any change, she said.

A plan to affix a new plaque on the statue detailing Colston’s role in the slave trade had petered out when the Society of Merchant Venturers – a local philanthropic organisation – intervened.

The group, which administered much of Colston’s £70,000 legacy to the city after his death, wanted the proposed wording changed to ensure his philanthropy was mentioned before his role in the slave trade.

It also wanted any mention of the trafficking of children removed.

Marvin Rees, Bristol’s Mayor, decided to halt the plan because he disagreed with how far the text on the new plaque had been diluted.

Graham said Colston had “perfected” the slave trade, adding: “No amount of philanthropy excuses you from that amount of hurt and suffering.”

She described the Society of Merchant Venturers as “an undemocratic body of people, wealthy people, who have a lot of power and influence in the city”.

It is that abuse of power that causes so much frustration – the abuse of power and their stepping in and not allowing the truth of history to be told.

At that point, what do you do? How long must you ask to be heard and not be listened to?

I believe the council should have done something earlier, I do know that our MP, Thangam Debbonaire (Bristol West) had been calling for it to come down since 2018 and nothing was happening.

I believe democracy had well and truly broken down around that statue.

“Over 100 years of dissent – someone should have listened.”

Graham said that she had signed petitions to have the statue removed, but did not see any point in writing to her MP seeing as Debbonaire had already spoken out about it.

“(The council) had long enough to recognise how much harm a monument to a slave trader does in a very multi-cultural city – it doesn’t take much to realise that harm,” Graham said.

“Over 100 years of dissent – someone should have listened.”

Graham has admitted going to the protest with a rope in her bag, and helping to pull the statue down, but denies the damage done was criminal.

”By removing that statue we were removing a great symbol of oppression that towers over our community and is an offence to so many,” she said.

“That was an act of solidarity and compassion, not violence.”

Graham told the court she did not have a background in politics or activism but had become much more aware of racism and inequality after moving to Bristol five years ago.

“From 2019 I started to make more friends who had more of a passion for history, politics and equality,” she said.

“I felt a bit embarrassed about my own knowledge and felt I needed to try and engage more with the world.”

Having grown up in a predominantly white neighbourhood in Norfolk I experienced a lot of casual racism and homophobia and sexism.

I didn’t think of myself as racist but the more I understood the experience of a black person on a daily basis, I felt I had been a terrible ally and I feel like I could have been more supportive.

The realisation of the privilege I have because of the skin colour I have made me feel like I needed to stand in solidarity for black lives.

The trial, which is due to conclude at the end of this week, continues.