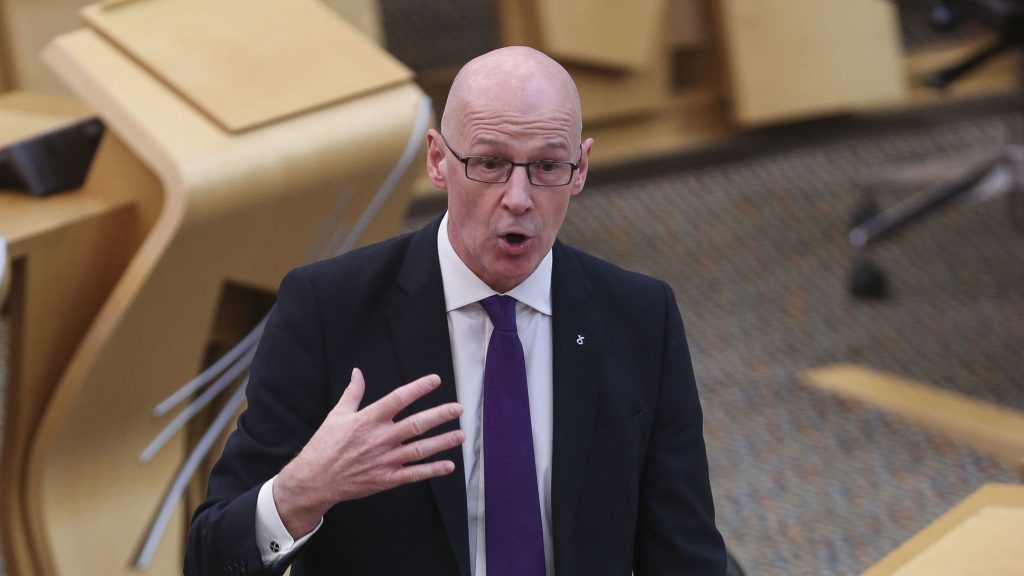 The UK government’s plans to replace human rights laws are “ill-judged and irresponsible”, the SNP’s John Swinney has said.

UK justice secretary Dominic Raab last week unveiled plans for a new Bill of Rights which would “revise and replace the framework provided under the Human Rights Act”. Deputy first minister Swinney said the proposals amount to an attack on human rights and there should be no changes to the law.

Human rights laws are devolved and responsibility for overseeing obligations in Scotland rests with the Scottish Parliament. In a letter to Raab, the deputy first minister said the Human Rights Act is “woven directly into the fabric of the current constitutional settlement” so changes would require legislative consent from Holyrood.

The Human Rights Act has a 20-year track record of delivering justice, including for some of the most vulnerable people in our society.

Expert evidence gathered by the UK Government’s own independent review demonstrates beyond argument that replacing the Act is not just unnecessary, but undesirable.

The UK Government’s plans are ill-judged and irresponsible.

The Scottish Government has repeatedly emphasised that there must be no changes to the Human Rights Act that would undermine or weaken existing human rights safeguards in Scotland, or indeed elsewhere in the UK.