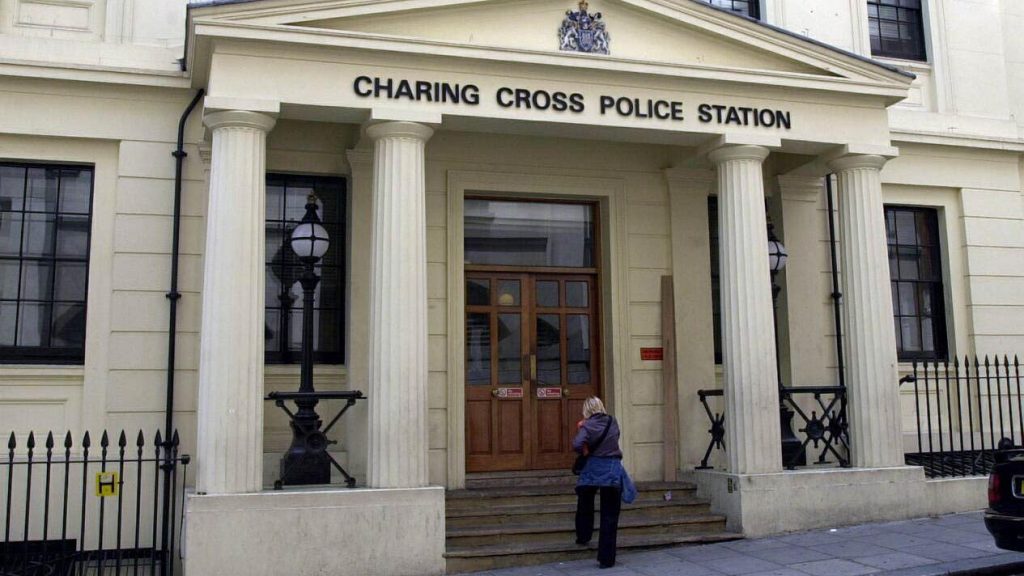 A watchdog has published “shocking” racist, sexist, and homophobic messages exchanged by police officers. The highly offensive language uncovered was dismissed as “banter”. The messages have been revealed while a review of ‘culture’ at the Met is ongoing.

“I would happily rape you”

Details of messages from WhatsApp groups and a Facebook chat group including multiple references to rape, violence against women, and racist and homophobic abuse were unveiled by the Independent Office for Police Conduct (IOPC) on 1 February.

The watchdog took the unusual step of publishing the messages in full – despite the fact that much of the content is too offensive to print in mainstream news coverage – as it detailed the “disgraceful” behaviour of Metropolitan Police officers based in a now disbanded Westminster team between 2016 and 2018.

Nine are still serving with the force, while another is working as a contractor in a staff role.

Messages exchanged in two WhatsApp groups and one Facebook group included multiple references to sexual violence including, “I would happily rape you” and “if I was single I would happily chloroform you”.

In other discussions one officer bragged that he had hit his girlfriend, and told a colleague: “It makes them love you more”, while another boasted that he had repeatedly slept with a prostitute who he met through work.

One officer was referred to as “mcrapey raperson” in WhatsApp messages because of rumours that he had brought a woman to a police station to have sex with her.

Homophobic language was also used including one entry that said “f*** you bender”, and a number of racist messages including references to African children, Somali people, and Auschwitz that are too offensive to print.

There were also references to ‘Muslim fanatics’ and offensive terms for disabled people, and messages about police officers attending a festival dressed as known sex offenders and a molested child.

The messages were uncovered as part of nine linked investigations into officers based in Westminster, mostly at Charing Cross police station, that began in March 2018 after allegations that an officer had sex with a drunk person at a police station that were later found unproven.

The Metropolitan Police Force and its leader Cressida Dick have been accused of corruption on more than one occassion. Referring to its “values”, the Met said in reference to the latest accusations of police misconduct:

The conduct of a team of officers at Charing Cross Police Station in central London does not represent the values of the Metropolitan Police Service.

We are deeply sorry to everyone they have failed with their appalling conduct.https://t.co/ccSoF0gHCD pic.twitter.com/uCpkiEjRW5

The behaviour we uncovered was disgraceful and fell well below the standards expected of the officers involved. While these officers predominantly worked in teams in Westminster, which have since been disbanded, we know from other recent cases that these issues are not isolated or historic.

The learning report we are publishing today is shocking and contains language which is offensive – and some may find it upsetting. However, we felt it was important to provide the context for the public, the Met and other forces, for why such hard-hitting recommendations are necessary.

The IOPC found that the offensive language was dismissed as banter to hide bullying, and that officers felt unable to raise concerns.

Messages revealed included: “There’s a few of those grassing c**** I would like to knife”, “grassing is dirty”, and “I’ve made it the no grassing no shit of anyone team… it’s my f****** baby”.

Our investigation showed the officers’ use of ‘banter’ became a cover for bullying and harassment. Colleagues were afraid to speak out about these behaviours for fear of being ostracised, demeaned or told to get another job.

We are grateful to those officers who were brave enough to speak to us about the cultural issues that existed within these teams, realising that in doing so they risked further bullying. This took courage. Hopefully our learning report and recommendations will give officers the confidence to come forward in the knowledge that people are listening and that changes will be made.

The relationship between the police and the public is critical to maintaining the principle of policing by consent.

The concerns about behaviour and culture addressed in our report, if allowed to continue and go unchallenged, risked causing serious damage to that relationship.

Fourteen officers were investigated by the IOPC, and two were found to have a case to answer for gross misconduct – one of whom resigned and one was sacked. Misconduct was proven against another two, one of whom received a written warning. Another four had internal measures to improve their performance.

I am angry and disappointed to see officers involved in sharing sexist, racist and discriminatory messages. It’s clear we have a lot of work to do to ensure bullying and discrimination does not exist in any part of the Met.

The actions of these officers between 2016 and 2018 were unacceptable, unprofessional, disrespectful and deeply offensive. I read their messages with increasing disgust and shame.

We haven’t waited for the IOPC’s report to take action – a number of officers have been subject to misconduct proceedings, including one officer dismissed and one who would have been dismissed had he not already resigned.

Every Met employee has also been spoken to about responsible use of social media.

We recognise that there is need for real change in the Met and we are committed to creating an environment that is even more intolerant to those who do not uphold the high values and standards expected of us.

A review of culture and standards in the Met is currently being carried out by baroness Casey. It comes in the wake of the rape and murder of Sarah Everard by a serving police officer, and the violent policing of a vigil following her death.

I am utterly disgusted by the behaviour outlined in this IOPC report, which details the shocking evidence of discrimination, misogyny, harassment and bullying by police officers.

The conduct of these officers was totally unacceptable and what has been revealed by these investigations will only further damage public trust and confidence in the police.

It is right that the team concerned has been disbanded and the police officers found to be involved have been dismissed, disciplined or have left the police.

Anyone found to be responsible for sexism, racism, misogyny, Islamophobia, antisemitism, bullying or harassment does not deserve to wear the Met uniform and must be rooted out.