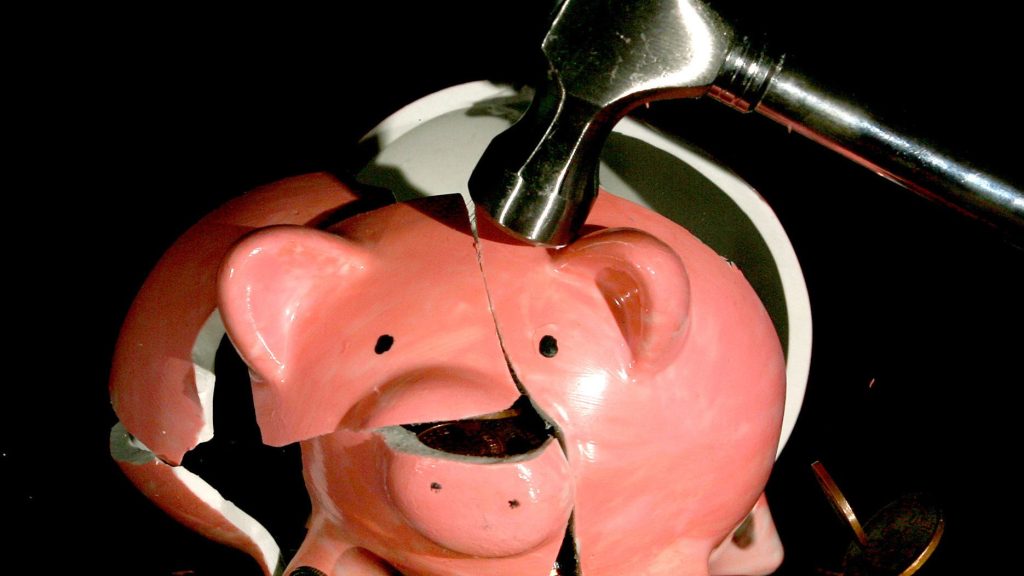 Households are borrowing more and putting less money into savings, according to Bank of England figures. At the same time, more than one in five Britons have cut back on energy usage. That’s even before the massive spike in gas and electricity prices coming in April.

While this is going on, the police are investigating whether Boris Johnson threw parties during lockdown. Parties may be allowed again in Britain, but for those struggling with inflation and rising energy prices, it’s likely they won’t have much to celebrate.

Some experts pointed to the household borrowing statistics as evidence of people trying to maintain their lifestyles as their incomes are battered by high inflation. Experts also said the figures suggest that householders are starting to dip into extra savings built up during the pandemic as they juggle rising bills.

In ONS survey of impact of energy rises – actually it’s rising food prices cited by more people as contributing to their rising cost of living – 87% vs 79%… these are obviously very high numbers… pic.twitter.com/HoBtiwPcU2

Normally, a rise in consumer credit is a good indication that consumption is growing strongly because it tends to expand when the economy is good. People feel confident enough to borrow and splurge on big ticket items, such as cars. However, this time may be different.

A rise in consumer borrowing over the next year may suggest that consumers are dealing with high inflation and attempting to maintain their lifestyles by borrowing. Indeed, we know that retail sales volumes slumped in December, so it seems unlikely that the £0.8 billion increase in consumer credit in December was due to consumers buying more goods.

As some have noted, the rich are able to weather the cost-of-living increase more readily than the rest of us:

There is no cost of living crisis for the rich.

Others have pointed at the issues that result from Britain’s perverse housing market:

Our understanding of housing markets has become fatally flawed. The whole framing of this suggest that rising prices are good and that housing is somehow removed from the cost of living crisis.

The data offers a glimpse of the cost of living crisis which is only going to get worse in April.

Overall inflation in the UK hit 5.4% in the 12 months to December, the highest level in nearly three decades. Part of this was caused by a rise in energy costs in October, when the cap on household energy bills was set at a record £1,277 for an average household.

In April, this cap is expected to rise further, probably to around £1,900 according to experts at Cornwall Insight.

It is likely to cause pain for millions of households, especially those with less insulation which will need to burn more gas to stay warm. As the Guardian reported, ‘Britain’s damp, leaky homes are among Europe’s most costly to heat’. This is the insulation crisis that protesters have been attempting to draw attention to.

More than 86% of households in England use gas to heat their homes, according to figures from 2019. But poorly insulated homes are a lot more costly to heat. Average fuel costs in 2019 – before the massive spike – were £1,057 for well-insulated homes. These homes had energy ratings – called SAP – of between A and C. However D-rated homes cost £1,279 to run, while G-rated homes saw fuel bills of £3,071, the ONS said.

Fewer than half of English homes have a rating of C or higher, according to data from last year.

Households with lower incomes will have a tougher time. The poorest 10% of households use 54% of their average weekly spend just to cover essentials, which includes energy, housing, food, and transport.

The richest 10%, meanwhile, spend 42% on the same essentials.

Labour has a plan to reduce bills, albeit only by a fraction. Keir Starmer has actually come out in support of maintaining privatised energy – a system in which companies leech profits while customers suffer:

Only Labour has a plan to tackle the Conservative’s cost of living crisis.

We will ease the cost of your energy bills by £200 for most households and a further £400 for those on lower incomes, all paid for through a windfall tax.

Security, prosperity and respect for all. pic.twitter.com/CZMMxBT2eO

Starmer actually promised to nationalise energy as part of his ‘ten pledges‘ (using the phrase “common ownership”), but has since U-turned – all the while claiming that ‘common ownership’ isn’t necessarily the same thing as ‘nationalisation’. This is what Starmer promised in his notorious ten pledges:

Public services should be in public hands, not making profits for shareholders. Support common ownership of rail, mail, energy and water

When the pledge-breaking Starmer was forced to read this live on air, he said to Andrew Marr:

I don’t see nationalisation there.

What else does public hands mean?

Starmer responded as you’d expect given the ridiculousness of his position – incoherently:

Not all Labour politicians have turned against nationalisation, and Starmer is going to struggle to sell the position to an exhausted British public if energy prices remain high at the next election. He’ll likely struggle even if they don’t, as even in 2019 there was a “political consensus” on re-nationalisation.

Energy Bills will rise by 70% to an average of £2,000 per annum, with pay freezes for you, whilst energy firms profits soar.

Shareholders have already been handed £200 billion in dividends since 2010.

A national rip off! – nationalise our energy now

Tinkering with energy prices will not work.

So what, you save a few quid off some people’s bills this time? What about next time.

All the while billions pour into the pockets of shareholders.

Mass rollout of renewables, retrofitting and public ownership of energy is the only sustainable and viable way of solving this energy crisis now and in the long term.

Partygate may be the biggest story in the UK right now, but the real scandal is the decades-long party that politicians have been throwing for their shareholder mates.