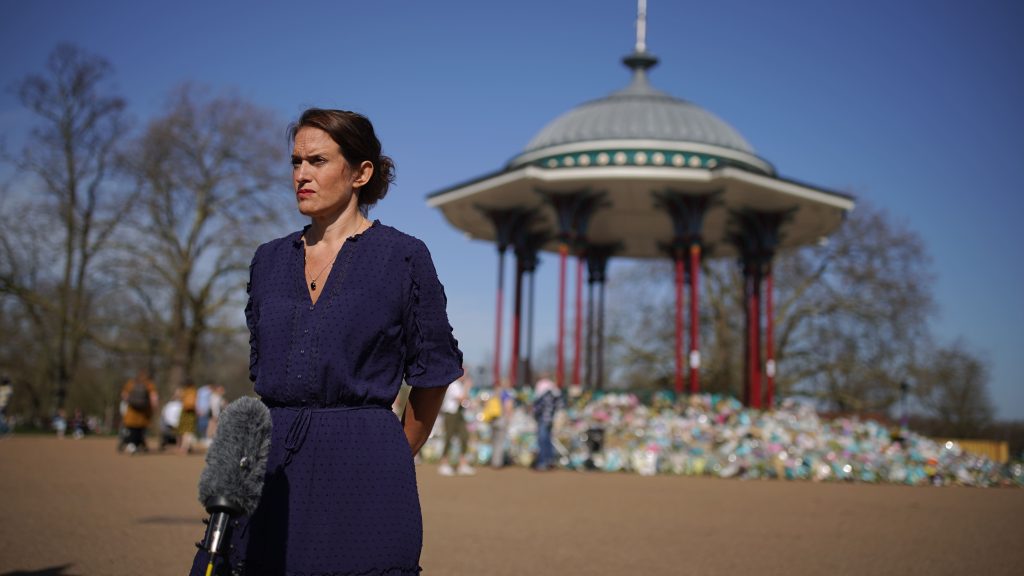 The impact of Sarah Everard’s murder was a watershed moment for women’s safety that was wasted by the government, a campaigner has claimed.

Jamie Klingler from Reclaim These Streets spoke to the PA news agency. She said that misogyny in the Metropolitan Police, Britain’s biggest force, must be rooted out with a full public inquiry.

‘A watershed moment that they wasted’

Everard, 33, was raped and murdered by serving Met officer Wayne Couzens as she walked home in south London on 3 March 2021.

And there were choices made for it not to be a watershed moment.

“This isn’t one bad apple”

Campaigners including Reclaim These Streets are part of a legal bid to try to force the government to hold a statutory public inquiry to investigate misogyny in policing.

Currently, dame Elish Angiolini is leading the first part of a non-statutory inquiry. It looks at how Couzens was able to work as a police officer for three different forces despite concerns about his behaviour. Couzens worked for Kent police, the CNC and the Met.

Following this, there are plans for a second part that would look at wider issues in policing.

The Met has also commissioned its own review of the culture and standards at the force. This includes Couzen’s former unit – the Parliamentary and Diplomatic Protection Command.

We absolutely continue to demand a statutory inquiry of police treatment of women, not of Wayne Couzens, not of a single person in a single act.

We need to overall understand the deep levels of misogyny within the Met, and they need to be exposed and accounted for.

It just becomes the bogeyman of Wayne Couzens.

This isn’t one bad apple and there’s no way to fix the force without rooting all of this out.

The Metropolitan Police are facing serious concern over the behaviour of officers.

In the wake of Everard’s death, one officer faced misconduct proceedings after sharing a highly offensive meme relating to her kidnap.

Moreover, constables Deniz Jaffer and Jamie Lewis were jailed for taking photographs of the bodies of murdered Bibaa Henry and Nicole Smallman and sharing them on WhatsApp.

The fallout led to the resignation of commissioner Cressida Dick after London mayor Sadiq Khan said he wasn’t satisfied with her response to the scandal.

Klingler described violence against women as “an epidemic”.

The past year has seen a number of high profile alleged stranger murders of women. They include the deaths of PCSO Julia James and teachers Sabina Nessa and Ashling Murphy.

Another case saw labourer Valentin Lazar jailed for life for beating Maria Rawlings to death after a chance meeting on a bus.

The idea that we can’t just get home safe and alive is insane for half the population.

It isn’t that we’re harassed once in our lives and then we have a horror story to tell, it’s a constant decision tree of, ‘How do I avoid conflict? How do I not get noticed? How do I avoid putting myself in harm’s way?’

There’s a woman killed every three days and nobody’s doing anything about it.

This week police are expected to be told to make tackling violence against women and girls as much a priority as fighting terrorism, child sexual abuse and serious and organised crime.

Commenting on the move, home secretary Priti Patel said the safety of women and girls is an “absolute priority”, adding:

I do not accept that violence against them is inevitable.

The government is also launching an advertising campaign focusing on “targeting and challenging perpetrators and harmful attitudes”, the Home Office said.