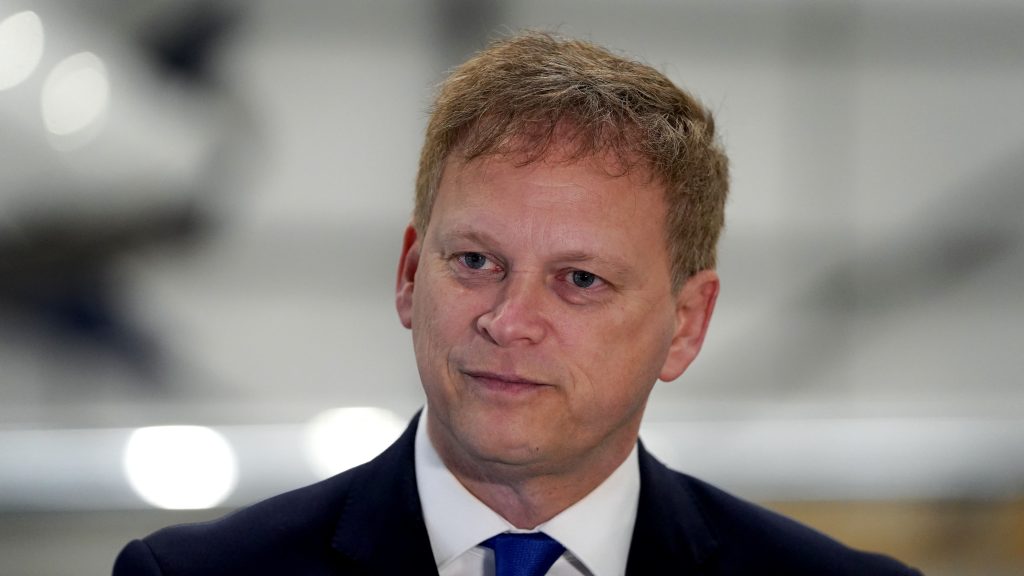 Government plans for a minimum staffing requirement during rail strikes have been slammed as “desperate nonsense”.

Unions reacted with anger to an interview in a Sunday newspaper by transport secretary Grant Shapps. It’s come just days before a ballot result set to bring the threat of a national rail strike closer.

More than 40,000 members of the Rail, Maritime and Transport union (RMT) at Network Rail and train operators have been voting on whether to launch an industrial action campaign over jobs, pay and conditions.

RMT general secretary Mick Lynch said he expected support for strikes when the ballot result is announced later this week. He told the PA news agency:

We are asking for job security and a guarantee of no compulsory redundancies, and we will not accept imposition of detrimental pay and conditions.

Shapps told the Sunday Telegraph that ministers are looking at drawing up laws which would make industrial action illegal unless a certain number of staff are working.

Referring to a pledge in the Conservative manifesto for minimum services during strikes, he said:

We had a pledge in there about minimum service levels.

If they really got to that point, then minimum service levels would be a way to work towards protecting those freight routes and those sorts of things.

Any attempt by Grant Shapps to make effective strike action illegal on the railways will be met with the fiercest resistance from RMT and the wider trade union movement.

The Government need to focus all their efforts on finding a just settlement to this rail dispute, not attack the democratic rights of working people.

We have not fought tooth and nail for railway workers since our forebears set up the Amalgamated Society of Railway Servants in 1872, in order to meekly accept a future where our members are prevented from legally withdrawing their labour.

What we are seeing here is desperate nonsense from the Tories who have chosen to attack working people in our union who kept the railways running every single day of the pandemic.

What the Government should be doing is putting in place measures to deal with the Tory cost of living crisis, including ensuring that wages keep pace with inflation.

It’s laughable to see Grant Shapps scampering off to drip poison in the ears of journalists instead of backing polices to put our railways front and centre of our economic recovery from Covid. He should be ashamed.

Frankly, the Tories can pass whatever law they wish to deny our members their fundamental rights – our union will defy their unjust and undemocratic laws every step of the way.

The difference between a slave and a worker is the latter’s ability to withdraw their labour.

Other unions vow to fight

Other unions have also joined in to voice their criticism. TUC general secretary Frances O’Grady said:

Ministers have spectacularly failed to deal with the cost of living crisis. Now they are trying to distract from their failure by picking a fight with unions.

The right to strike is crucial in a free society.

Threatening the right to strike tilts the balance in the workplace too far towards the employers. And it means workers can’t stand up for decent services and safety at work – or defend their jobs or pay.

We will fight these unfair and unworkable proposals to undermine unions and undermine the right to strike, and we will win.

Unite will confront head-on, and by whatever means necessary, any further attacks on the right to strike.

In Britain we already operate under the most restrictive labour laws in western Europe. A workers’ right to withdraw their labour is inalienable in any democracy worth its name.

This is a cynical, authoritarian move designed to protect corporate profits and has been wheeled out to satisfy the needs of short-term factional politics.

While corporations make billions and ordinary working people suffer, this Government chooses to attack the rights of British workers.

When P&O, a billion-dollar company owned by a foreign dictatorship, brutally sacked 800 British workers, they broke the law. The Government’s response was a fine.

When British workers threaten to defend their living standards in the face of a cost-of-living crisis not of their making, this Government threatens to take away their democratic rights.

We are now forced to put the Government on notice. Unite will not sacrifice the protection of our members’ jobs, pay and conditions on the altar of ‘partygate’. If you force our legitimate activities outside of the law, then don’t expect us to play by the rules.

The RMT ballot closes on Tuesday 24 May, with the result expected on Wednesday.