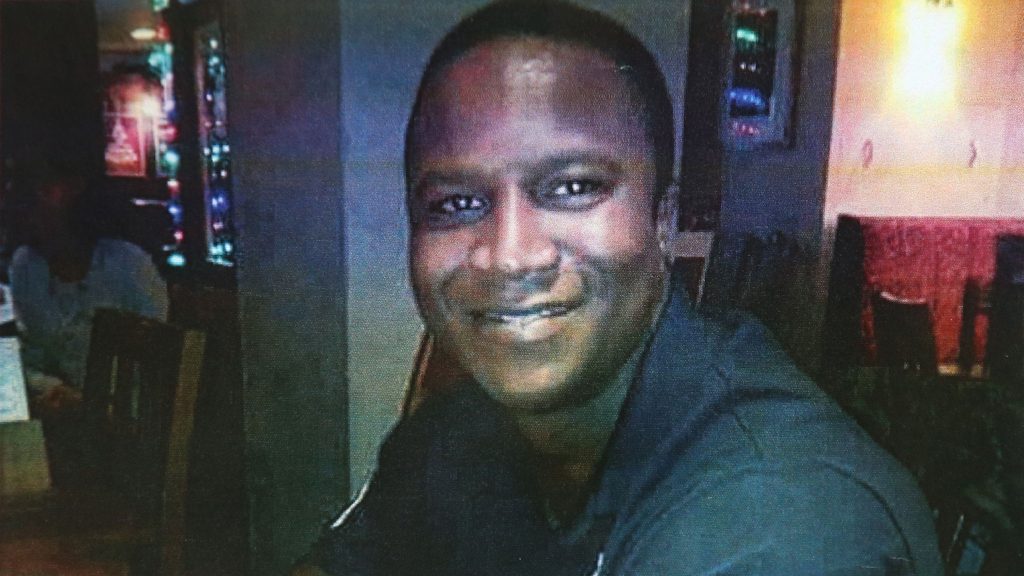 A man who watched Sheku Bayoh being detained has told a hearing he did not think it was possible the 31-year-old could have stomped on a constable as described to the inquiry by police officers.

Bayoh died in police custody after officers received calls from the public about a Black man acting “erratically” and carrying a knife in Kirkcaldy on 3 May 2015. He was hit with batons, and sprayed with CS gas before being restrained on the pavement by officers. His best friend previously told the inquiry that he was “murdered” by the police. Bayoh was pronounced dead in hospital after the incident on May 3 2015.

Kevin Nelson, who lived opposite where Bayoh was detained by officers in Kirkcaldy’s Hayfield Road, watched the arrest from his living room.

PC Ashley Tomlinson has previously told the Edinburgh-based inquiry that Bayoh had punched PC Nicole Short, after which she fell on the ground, before “stomping on her back”.

Angela Grahame QC, senior counsel to the inquiry, put to Nelson the image of Walker showing how he claimed the stomp happened.

“Is it possible when his arms were raised and you saw him with his arms raised that he was stamping on the female officer?” the QC asked him.

I don’t think it’s possible, no. She was down and had moved away from him, as soon as she was going down that’s when he changed course.

Short, who no longer works at Police Scotland, previously told the inquiry that she was informed Bayoh had stamped on her head in the canteen following the incident.

On Tuesday 31 May, Nelson described to the inquiry the moment he saw officers arrive at the scene just metres from his front door.

He said he had seen Bayou walking how anyone would walk on a morning with bad weather. He said he wasn’t walking at a “pretty brisk pace, arms moving, not a swagger or a mission”, he told the inquiry.

Nelson said he saw the Pava spray being deployed by officers.

Seconds later he changed direction, he told the inquiry, and added he started “throwing punches”.

“It was just wild swinging. Both arms were going,” he said. “It didn’t look like, I’m not a boxing expert, but it didn’t look in any controlled way.”

Nelson said he saw Short being hit, and her starting to fall down. He then stopped swinging, the court was told, and looked as if he was trying to get away.

“Then the policeman just grabbed him. Almost tackled him,” he said.  Nelson said he made his way from his window to his gate, which took between 12 and 15 seconds, and when he got out he saw a “mound of people on the pavement”.

He described it as a “collapsed scrum” on top of Bayoh, and it looked like there were arms and legs everywhere.

The inquiry, being held at Capital House in Edinburgh, continues.